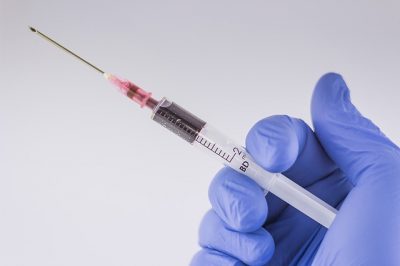 As most of you know, we have five biological children (now aged 10 to 30) and we took in a 15-year-old boy several years ago as well. As the parents of six kiddos, there’s rarely a dull moment in our lives, even though four of them are adults now.

After several years of being on a first-name basis with the E.R. employees near our house in Maine, we had a really good run of luck over the past five years since moving to Florida! Aside from a brief check-up after a minor auto-accident for Zach, we’ve managed to go five years without an E.R. trip. But, of course, our luck could only last for so long…

Two weeks ago, Mason had some stomach pain and a low-grade fever one morning, and then vomited for about six hours. The pain wasn’t too bad so I wasn’t alarmed. The next morning, he was still in pain, and still running a fever, so we took him to the nearby Urgent Care. He was diagnosed with Rotavirus. Since it’s highly contagious, we put him in his room, and quarantined him. I was the only one allowed in there. I figured I’d eventually catch it but I never did. For 8 days, he ran a low-grade fever (99.4 – 100.4) that never broke, and we had to coax him to eat. He was drinking fine, was never dehydrated, and, oddly enough, never got diarrhea.

On the day before Thanksgiving, his fever finally registered as normal but he still had abdominal pain. I had grown increasing worried over the entire illness. Except for Chicken Pox, none of our kiddos had ever been sick for that long. I googled Rotavirus numerous times and he had all the classic symptoms. A small percentage of kids who have it never get diarrhea. Even the illness duration was on par. But, my mommy intuition kept nagging me that something else was wrong. I didn’t want to be a paranoid parent but I also didn’t want to miss something that might be hiding below the surface of his seemingly normal symptoms for that virus.

The next day, on the night of Thanksgiving Eve, his fever came back and he was feeling pretty lousy all over again. Alarmed, we quickly took him back to Urgent Care. The doctor there listened to all of his symptoms, and told us we needed to take him to the E.R. for a scan. We were so scared!!! But, we remained outwardly brave for Mason. Needless to say, he was NOT a happy camper.

We took him to All Children’s Hospital, which is three blocks from here, and there was only one person in front of him in the E.R. waiting room. Before we knew it, he was in a room, and watching TV. He skipped past all the cartoon channels (he doesn’t like cartoons), and started watching a home improvement show on Animal Planet. (Yea, I couldn’t figure that out, either.). As long as he was lying still, his tummy didn’t hurt.

I was sweating and praying. It took 45 minutes for the urinalysis to come back. That was clear. (There was some speculation his kidneys might be involved because the urgent care doc had whacked him pretty hard on the back, to which Mason yelped, “OWWWW!!!”

Then, he was taken to x-ray. He was a trooper! It then took another 45 minutes for those results to come back. It was a quick diagnosis after that. I’ll translate the doc’s diagnosis into (offensive) layman’s terms – Mason was, literally, completely full of sh**.

Sometimes, when a body has a bad stomach virus, the intestines go from working overtime, 24 hours/day, to basically shutting down, and taking a break. Mason hadn’t been eating much so we weren’t alarmed when he wasn’t “passing” much, either. The kid’s large intestine was completely full!

We were given instructions (similar to a colonoscopy prep but not quite as severe), and raced to the drugstore because it was closing just a few minutes later. The drugstore is right across the street from where we live now. (We LOVE living downtown!!) Mason spent half the night drinking MiraLAX with Gatorade and, the next morning, he was (almost) good as new! His fever broke overnight (he woke up sweating and wet) and he had no abdominal pain for the first time in nine days! I got busy right away thanking God for that!!!

The best part was he didn’t have to miss Thanksgiving at his big sister’s house!

What surprised us about the entire illness was:
1. We learned constipation (or anything that’s “off” in the body) can cause a fever. Who knew???
2. The E.R. doc said this is the most common diagnosis they give in that E.R. (Remember, it’s a children’s hospital.) She had diagnosed five children with the same thing that very same day before she saw Mason.
3. We have six kiddos and this has NEVER happened before.
4. We still can’t figure out why Mason’s intestines stalled like that when he never had diarrhea. He just had vomiting, and only for six hours.

All’s well that ends well but I’m pretty sure Richard and I got a few new gray hairs over the past two weeks. You can’t see mine. Thank goodness for Clairol! 😉

This week’s Masonism:
When we took our trip to Tennessee last month, Mason got on a carousel, and was disappointed to learn that the seat he chose didn’t spin around. He said, “The sign says ‘Fun for All Ages’ but I’m not spinning so that’s a big, fat lie!”

WOULDN’T BE A HOY HOLIDAY WITHOUT A TRIP TO AN E.R., NOW WOULD IT?

Richard Goes to E.R. on Saturday, Has Surgery on Sunday