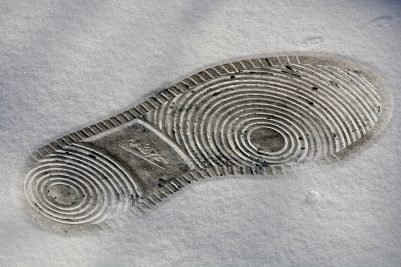 A few years ago, a felon contacted us. He wanted to publish a book about how he’d been muted by the media, gagged by the government, screwed by the sheriff, discredited by the district attorney (sorry – I was running out of synonyms…), etc. Unfortunately, we receive those types of letters all the time. We call them “jail mail.” They ALWAYS go straight into the trash bin.

We have also been contacted by previously imprisoned persons who now want to write their stories (and profit from them). Whether they are still claiming innocence, or openly singing about their sins, I’m not interested. Can you imagine being a victim of a crime, and finding a book on a shelf one day about that crime – written by the person who killed or otherwise victimized you and/or your loved one?

Son of Sam laws were created to prevent criminals from profiting from their crimes. Of course, different states have different laws. The general consensus is that, if a criminal profits later from his or her crime, whether through publishing a book, or earning money for selling their story to anyone (a TV show, a series, a movie), or creating and selling artwork or other merchandise, the victim(s) of the crime should get that money, not the perp. Or, the victim(s) should be able to stop the production and sale of those items altogether.

And, I agree that is how it should be.

The “Son of Sam,” of course, was serial killer David Berkowitz. “The original New York law was invoked in New York eleven times between 1977 and 1990, including once against Mark David Chapman, the murderer of musician John Lennon.” – Wikipedia

Some people thought those laws violated the first amendment rights of criminals. (Give me a break!!!) The U.S. Supreme Court agreed and, in 1991, the justices ruled the law unconstitutional. The Son of Sam law in California was struck down as well. New York later revised their law, stating that crime victims must be notified when the perp earns $10K or more. That gives the victims the opportunity to sue for those funds. Victims can also sue to prevent the perp from doing anything to earn money from the crime (i.e. stop the sale of a book).

But, what about criminals who simply have a friend or family member “write the book?” Well, some Son of Sam laws prevent that as well.

NOW, ARE YOU SITTING DOWN?!

In the news yesterday, it was revealed that Nike Jordan Chairman Larry Miller has admitted in a new book (that he is co-authoring with his daughter) that, when he was 16, he killed another teenager – an innocent boy whose identity he did not even know. According to him, he was upset about a different gang killing, went out, and shot the first person he saw.

Some bleeding hearts will undoubtedly respond with, “But, he was just 16!” That is total B.S.! At 16, you know better. If you grab a gun, and go hunting for a victim, regardless of your reasons, your age, or your sobriety (or lack thereof), YOU ARE A MONSTER.

I perused several news stories about Larry Miller’s confession and here’s what this jaded, cynical journalist (and mom!) read between the lines:

1. He says he feels really bad, and has had migraines and nightmares over the years. Cry me a river! What do you think the victim’s family experienced, and are still experiencing?!?!

2. He says he’s telling his story now to help at-risk youth. If he really cared about them, wouldn’t he have told his story decades ago? And, he never mentions the people (including kids) who have been killed for the Nikes/Jordans they were wearing! What was he doing to stop those “at risk youth,” other than sitting in his big office, and looking at his profit margins?

3. He says he has told some of his celebrity clients/friends and that they’ve been supportive. (I figure he won’t be telling anyone about any non-supportive friends/colleagues!) Of course, comments I reviewed on Twitter were not so supportive.

4. The victim’s name was Edward White. He was just 18 years old. He did nothing to provoke the attack.

5. Larry Miller went to prison for the murder, but got out. He hid his conviction as he rose to power.

What does this have to do with Son of Sam laws? I’m glad you asked!

Larry Miller is releasing a book in January that is already for sale on Amazon (pre-order)! And, it’s already crawling up the Amazon ranks!! 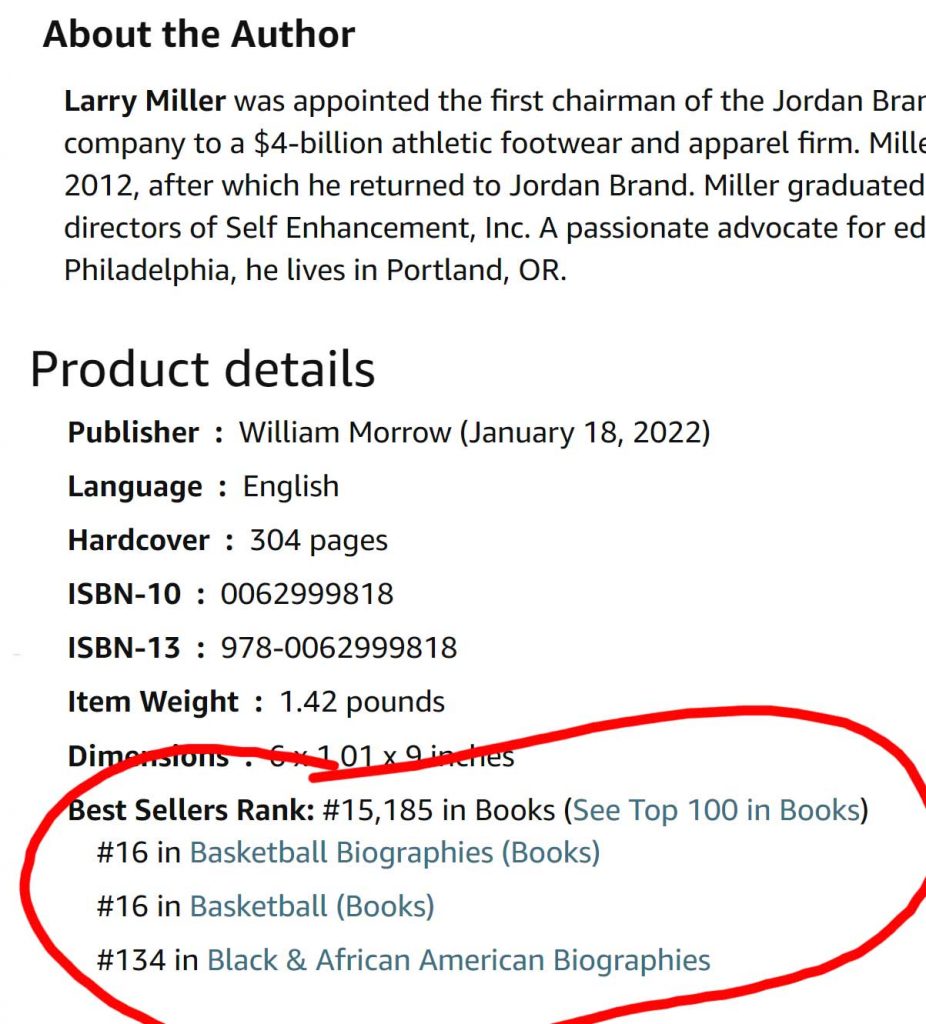 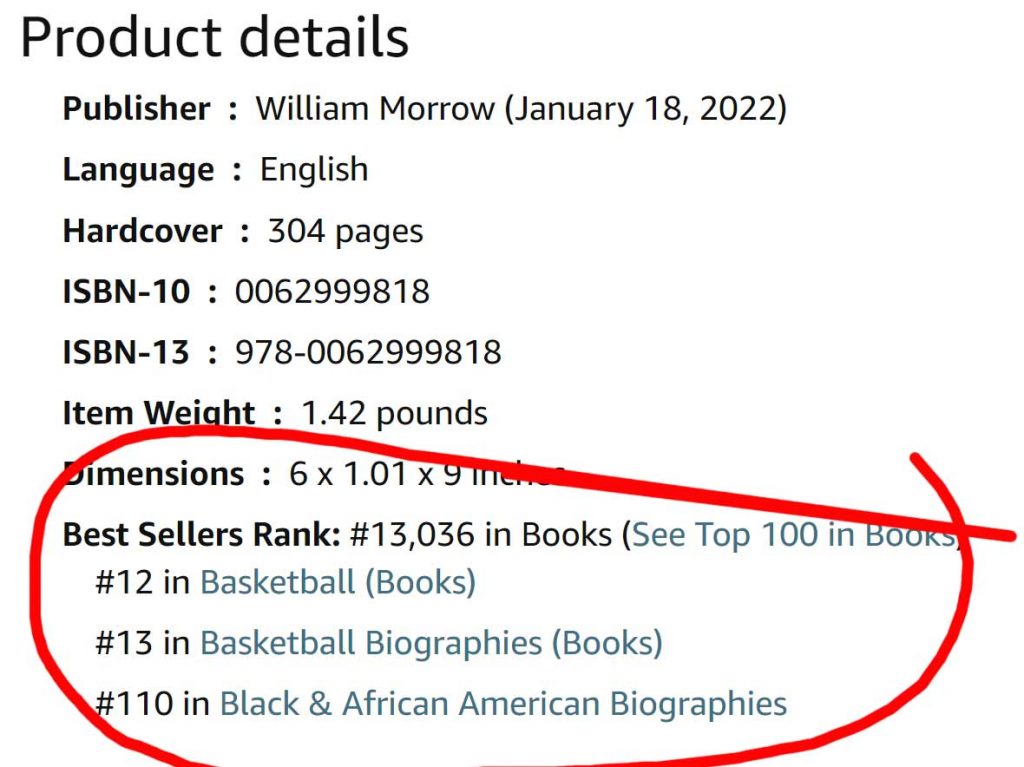 Coincidence? I DON’T THINK SO! One article I read even has his book cover in it. Another has a link to the book on Amazon!

It sure is interesting that he decided to come clean about murdering an innocent teenager AFTER his book went up for sale, right? What do you think? Please weigh in using the Comments box below.

If Edward White had been my family member, I’d already be on the phone with a law firm. A big one. While Larry Miller sits in his cush office at the Nike campus in Beaverton, Oregon, I hope Edward White’s family is researching Oregon’s Son of Sam Law:

(1)(a) Before any person or other legal entity pays or delivers the proceeds of a compensable crime to any individual charged with or convicted of committing such a crime in this state or found guilty except for insanity with regard to such a crime, or to a representative or assignee of that individual, the person or legal entity shall promptly notify the Department of Justice and pay or deliver to the department the proceeds that would otherwise be paid to the individual charged, convicted or found guilty except for insanity, or the representative or assignee of the individual.

Needless to say, DO NOT BUY LARRY MILLER’S BOOK!!!

8 Responses to "SON OF SAM LAWS: Is Nike Jordan Chairman Larry Miller Using Story of Murder He Committed to Sell His New Book?"

Print FriendlyAccording to Angela in last week’s issue of WritersWeekly, what happened AGAIN?! ***Please answer the trivia question using our contact form HERE. Do not post your answer in the comments section below.  You must be a WritersWeekly.com subscriber to participate in the weekly contests. Subscribe today. It’s free! NOTE: ONLY ONE WINNER PER HOUSEHOLD PER CALENDAR QUARTER, PLEASE. THIS WEEK’S PRIZE: A free print or ebook of your choice from Booklocker.com!           END_OF_DOCUMENT_TOKEN_TO_BE_REPLACED