WHY THIS ISSUE IS LATE: Neighbor in Need 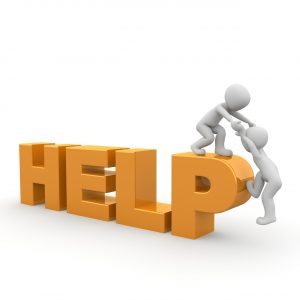 Our new neighbor had spine surgery late last week, and hasn’t been doing well. Since he only has a girlfriend in the area, and no relatives, we, of course, pitched in to help. Late Tuesday, he was in such agony that we all decided it was time to go to the emergency room. The problem was…we couldn’t move him. There was no way we could get him out to the truck, much less lift him into it, and have him sit up in it. He was in far too much pain. He could NOT sit up at all. So, we had to call an ambulance. Tuesday nights are usually when I wrap up each weekly issue of WritersWeekly, and then send it to Richard so he can do all the online work.

On Wednesday (yesterday), he was home from the hospital but we had to get him to his surgeon’s office. He was on better meds and hydrated so he was doing much better. Richard helped get him in and out of the truck and I went in with him for his appointment so I could take notes (knowing he probably wouldn’t remember everything).

Thankfully, he is doing MUCH better today. We’ve been taking meals over there for the past few days, and checking on him every couple of hours. Each time he’s sleeping, I make sure he’s still breathing. Yes, he’s been that bad off. The recovery is supposed to take up to six weeks and we are happy to continue nursing him for as long as it takes. He’s a nice guy, even when he’s writhing in pain.

And, I know what you’re thinking. Did I take a picture of him in the ambulance? Well, of course I did! I showed it to him today and he laughed out loud (for the first time in days). No, I won’t post it here. Believe it or not, I do have my limits.

Anyway, that’s why this week’s issue is late. I knew you guys would understand. 🙂

Mason likes to run. A LOT. He runs all over the place – inside, outside. Our house. Neighbor’s house. The beach. Anywhere. The kids RUNS! The other day, he was running through the house with his arms in front of him, making a grunting sound. I asked, “What in the world are you doing?”

He replied, “I’m chasing a ghost!”

Print FriendlyCongratulations to Mike Michelsen for being the first to answer correctly: Christy Lindsay taught WritersWeekly readers about audiobook narration. In last week’s issue of WritersWeekly, who taught us about audiobook narrating? ***Please answer the trivia question using our contact form HERE. Do not post your answer in the comments section below.  You must be a WritersWeekly.com subscriber to participate in the weekly contests. Subscribe today. It’s free! NOTE: ONLY ONE WINNER PER HOUSEHOLD PER CALENDAR QUARTER, PLEASE. THIS WEEK’S PRIZE: A free print or ebook of your choice from Booklocker.com!           END_OF_DOCUMENT_TOKEN_TO_BE_REPLACED