GIANT Green Fireball in the Sky!! 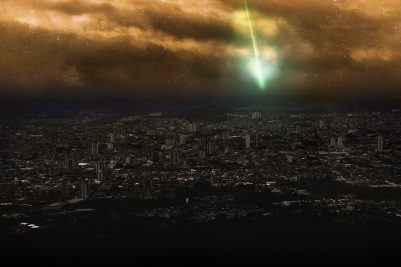 I’ve always been one to stare up into the sky. (That probably doesn’t surprise some of you…) 😉 Whether using my imagination to turn clouds into objects, animals, and even people, to sitting in a chair with my head cocked back, looking straight up at night, I’ve always been content to spend an hour or more waiting for God to surprise me. And, he rarely disappoints!

Back in the early 90s, when my first husband and I (and our kiddos) were fishing on our little motorboat on Galveston Bay, I had an incredibly odd experience. And, to this day, I still don’t know if it was a very small UFO, or something else.

I was sitting on one side of the boat. My ex and the children had their poles hanging over the other side. It was pitch black and very still that night. There wasn’t even a breeze so it was extremely quiet, and water barely lapped at the sides of the hull. The only lights were from homes miles off in the distance.

So, I was sitting there not getting any bites and that’s when it happened. A bright, glowing, white ball appeared in front of me. Since it was so dark, I couldn’t tell how far away it was from my face, nor how large it was since it was impossible to judge the distance between me and it. If it had been right in front of me, it would have been about the the size of a softball.

I don’t recall if the light from the glowing ball reflected off the water or not. It certainly didn’t light up the area next to the boat enough to catch the attention of my family members. It was the whitest white and lightning bright but it did not hurt my eyes. I didn’t notice or think about those details until later. Why? Because, when it was happening, I was struck dumb. I’m sure my mouth was wide open as I stared at this glowing ball of white light – and that light appearing to be undulating inside the ball as it hovered right there in front of me, seeming to stare at me as I stared right back at it.

And, as quickly as it had appeared, it zipped away – upward into the sky, and slightly to the left. It moved so fast that, within a split second, I could no longer see it. I kept looking up at the sky as I asked my fishing companions, “Did you SEE THAT?!”

My husband replied, “See what?”

I explained what I saw and he looked at me like I was bat you-know-what crazy.

I still don’t know what that glowing ball was and, after getting more “bat you-know-what crazy” stares over the following months from friends and family, I stopped telling people about it. But, I’m at an age now where I don’t care if people think I’m nuts. If any of you have had a similar experience, or perhaps know what the glowing ball of light was, please share your story in the comments box below! I would REALLY appreciate it!!

Now, back to the fireball story…

Over the years, I have sat transfixed while watching eclipses of the sun and the moon, have gazed through telescopes with delight more times than I can count, and have sat outside with family during meteor showers to watch and count how many shooting stars we each see. I even have a satellite tracker app on my phone and we have watched those when they pass over, too. 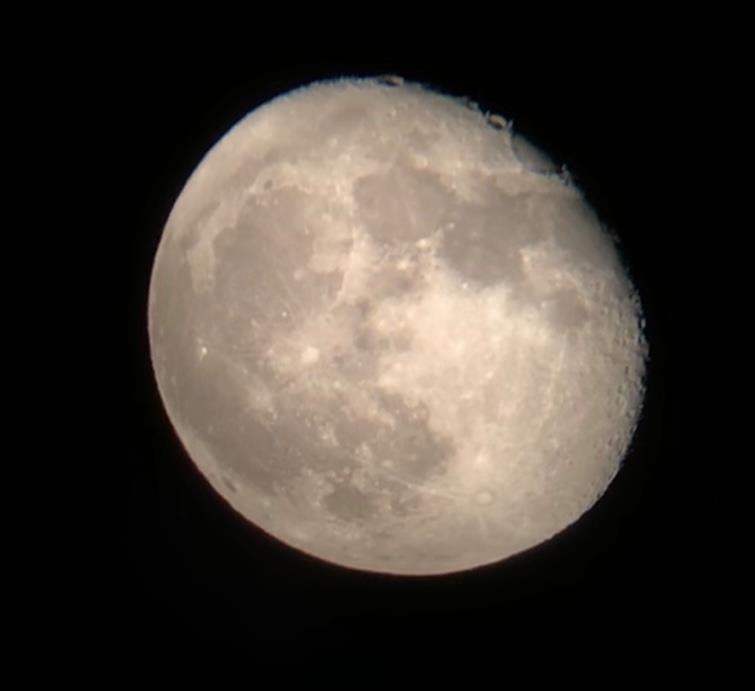 Since moving to a mountaintop in Georgia, we’ve all seen more shooting stars than we have cumulatively in our lifetimes. First, it’s pretty dark here at night. There is very little light pollution. And, second, it’s so nice on the porch, and our rocking chairs are so comfy, that we spend an hour or so every night (weather permitting) sitting outside, and looking at the sky. 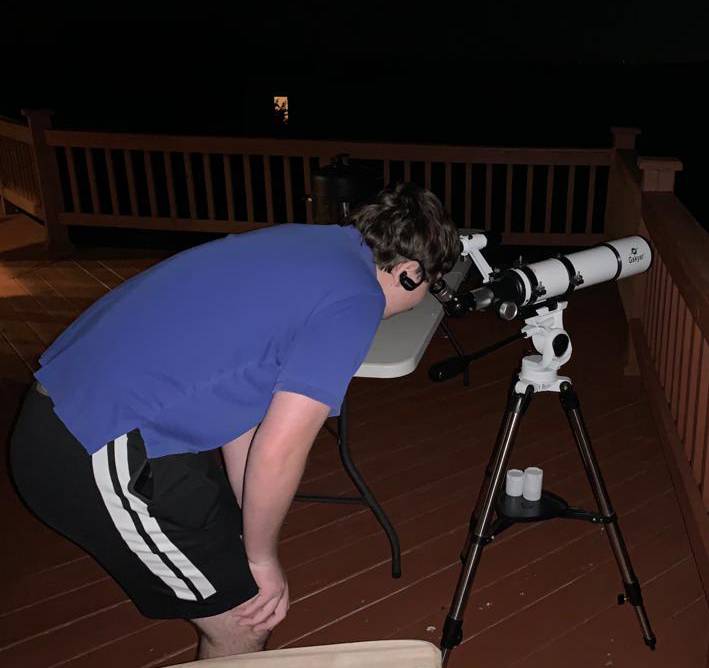 Two weeks ago, I told Brian, “I’ve seen so many little white shooting stars in my life but I’d REALLY like to see one of those big fireball meteors before I die!”

And, then, on October 10, 2021, at around 10:00 p.m., it happened!! We were sitting outside with Max and Mason. The rocking chairs that Brian and I were sitting in were facing slightly southeast, toward Lookout Mountain. Max and Mason’s rocking chairs were facing North. Out of nowhere, to the east of us, a HUGE green fireball appeared, and was heading “down.” From our vantage point, it looked like it would crash into the mountain but, of course, it was so far off in the atmosphere that it could very well have been in the next state.

When it got closer to the “ground” (near the horizon), it turned yellow and then we couldn’t see it anymore. The entire “viewing” lasted about 1 1/2 seconds. By the time I could get my wits about me, and said, “Look!” to Max and Mason, it was over. Brian’s instantaneous reaction was, “WOW!!!”

How big was it? Well, if you’re sitting on your porch looking at the full moon just coming over the horizon, it looks really big, right? It was THAT big!! A thousand or more times larger than any shooting star I’ve ever seen.

The next morning, I Googled it. People reported seeing the exact same fireball in six states. And, NASA caught it on camera, too!

On Facebook, NASA wrote: “An analysis of the video data shows that the fireball first appeared 52 miles above the town of Donald in southeast Georgia, moving northwest at 45,000 miles per hour.” (The meteor) “burned up about 23 miles above Sanders Road in nearby Toombs County. At its peak, the meteor’s brightness rivaled that of the full moon, which indicates it was caused by an asteroid fragment about 8 inches in diameter with a weight of 20 pounds.”

It sure looked bigger than that!!

Last night, after reading several entries from the Fall, 2021 24-Hour Short Story Contest, I stepped outside shortly after midnight because it was supposed be the peak of the 2021 Orionid meteor shower. But, alas, it was completely overcast…so we’ll have to wait until the next one. 😉

Needless to say, I am feeling extremely blessed that God showed me a fireball just days after I  mentioned wanting to see one before I die. Hmm. I wonder if that means I should start making my final arrangements…

4 Responses to "GIANT Green Fireball in the Sky!!"

Print FriendlyPer the 6/24/22 issue of WritersWeekly, quote one of the complaints about AuthorHouse. ***Please answer the trivia question using our contact form HERE. Do not post your answer in the comments section below.  You must be a WritersWeekly.com subscriber to participate in the weekly contests. Subscribe today. It’s free! NOTE: ONLY ONE WINNER PER HOUSEHOLD PER CALENDAR QUARTER, PLEASE. THIS WEEK’S PRIZE: A free print or ebook of your choice from Booklocker.com!           END_OF_DOCUMENT_TOKEN_TO_BE_REPLACED