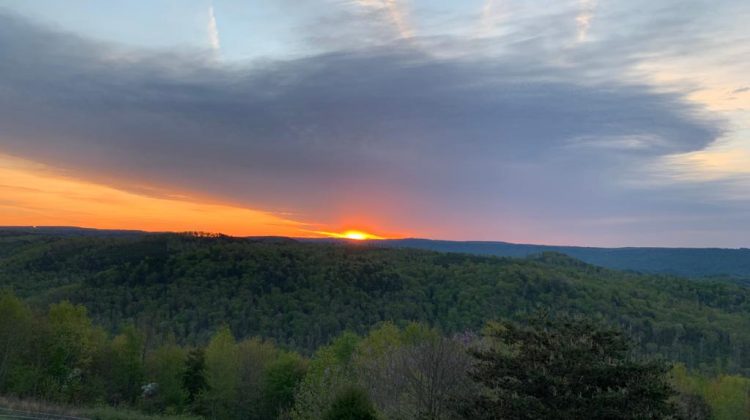 It was a ROUGH week and a half but we finally closed on the house! And, all it took was a long trip, a considerable amount of stress, and me needing to drive backwards down the freeway…

First, the good news. We never caught the tummy bug that the grandbabies had. And, they are both feeling sooooo much better. The closing was scheduled for Thursday so we drove the UHaul and the camper to the house that morning (with the sellers’ realtor’s blessing). The house was vacant, thank goodness. We’d been worried the sellers wouldn’t get out in time. However, their adorable (and very old) dog was on the back porch. We all looked at each other. Did the dog come with the house? There was also a small metal can with a lid on the back porch. It was FULL of dog food. I said, “No way! They wouldn’t abandon their dog, would they? How mean!!” 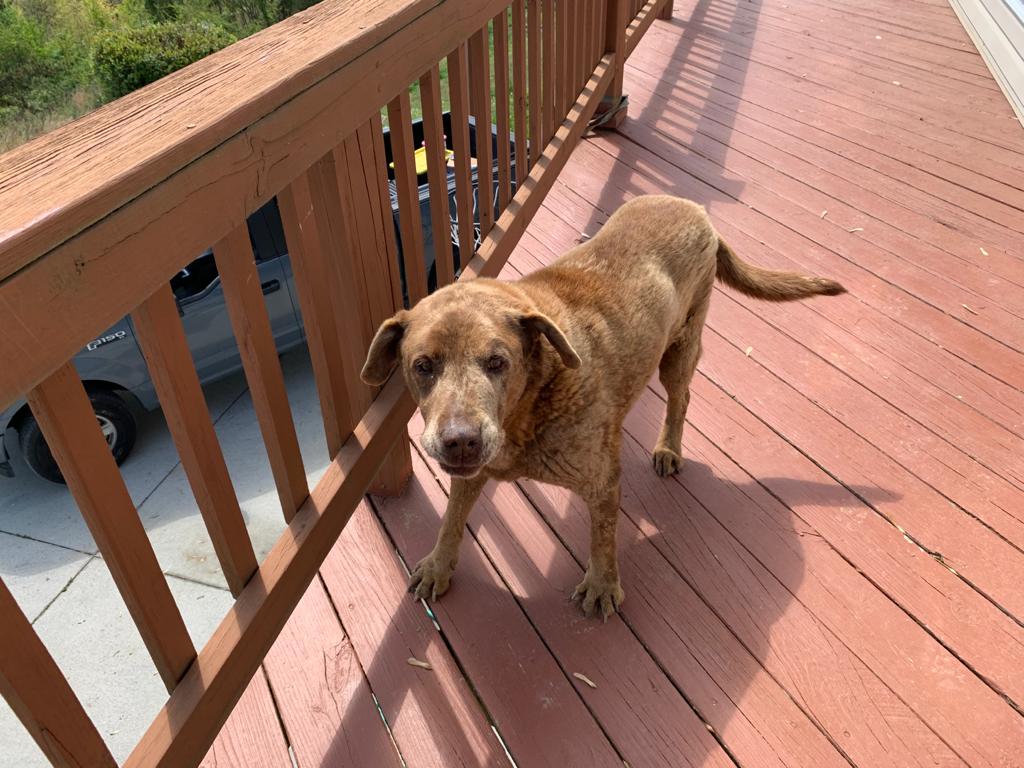 I texted the realtor. He said the sellers were coming to get the dog that afternoon. I pulled a bowl out of the camper, and filled it up with water from the hose. There were no food or water bowls on the deck for the poor doggy. Wow… (And, when they came back later for the dog, they took our bowl with them!!)

While we were unhitching the camper, Mason had to go to the bathroom so I told him to look for an unlocked door. Oddly enough, ALL of the back doors were unlocked. When Mason came out of the bathroom, the seller walked in the front door and he gave her a heart attack. Ha ha ha. She had apparently forgotten one last thing.

We left for the closing, drove down the mountain, and stopped at the gas station by the entrance ramp to I-59. While Brian was pumping gas, I looked up and saw a white SUV driving back BACKWARDS down the freeway. I did a double-take, thinking I was imagining things. I was not.

We got back on the road, went under the overpass, and stopped because a different car was exiting the freeway using the on-ramp. By then, I was starting to think I was experiencing some weird, comical mind-warp event. After that car passed, and as I was turning left onto the on ramp, an 18-wheeler to my right laid on his horn, and waved wildly at us. What the HECK?!?! And, that’s when I saw it. The traffic was stopped dead right in front of me. (We later learned there was a fatality accident on I-24, several miles up the road, and both freeways had been shut down.)

I was nervous but we had to get to the closing on time so I pulled onto the shoulder, put the truck in reverse, threw my arm over the passenger seat, and…drove backwards down (up???) the freeway, all the way back to the entrance ramp. After we exited the entrance, Brian navigated a different route to Chattanooga, bypassing I-59 and I-24 altogether. At one point, we were actually on a one-lane dirt road. But, we got there with time to spare! It was such a lovely, hilly country drive that we’ll take that route when we need to go to Chattanooga from now on.

At the closing, we were given two garage door openers but only one key. We knew there were other keys floating around so, when we got back to the house, my first call was to a locksmith.

I don’t know about your town but, in Florida, it is darned near impossible to get someone to show up at your house (or boat) to make repairs. According to my extremely non-mathematical estimates, 50% of the people you contact online will not call or email you back. If you do get a response, about 50% of those will never show up to do the actual work.

So, over the next two days, we had four different professional services lined up – a cleaner (the house was FILTHY!), the locksmith, painters, and a yard guy…and they ALL showed up!

Our daughter, son-in-law, and grandbabies came for a slumber party one night and we had a wonderful time! 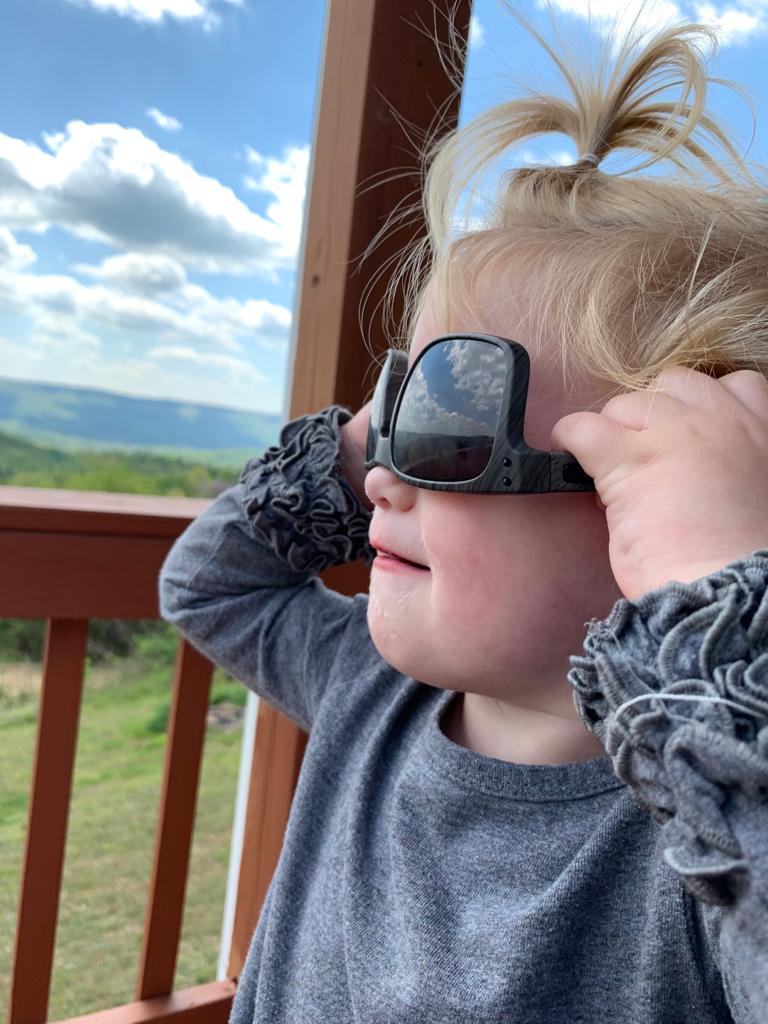 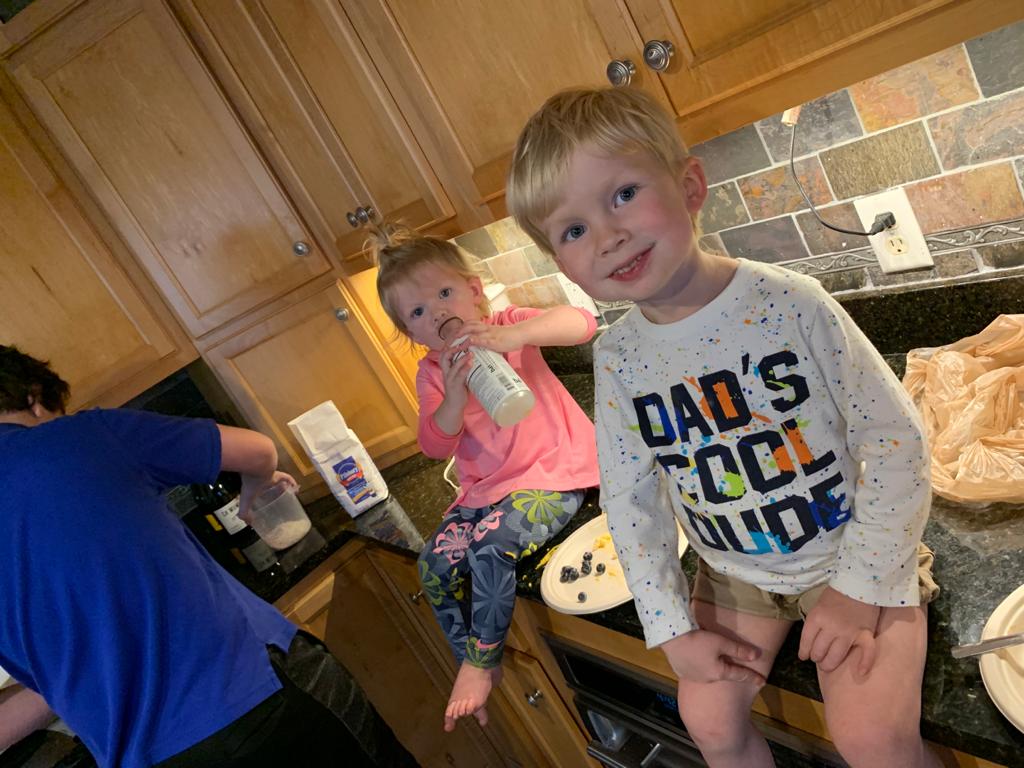 And, that’s when we were introduced to…the bionic bees. Georgia has some GINORMOUS bumble bees! But, that’s not the weird part. They will fly right in front of you, and pause in the air, buzzing loudly, and staring you right in the face! I thought it was just a coincidence but they kept doing it. I even tested them. I stood very still. There were three of them dancing around on the deck. They kept coming up to me, stopping in front of my face, AND STARING AT ME! I can’t recall any other time in my life when I have made eye contact with an insect!

Later, I was sitting in the bedroom with the French doors open leading to the deck. I could hear all the buzzing going on outside. One kept stopping by the door, and looking in. He never came in but he would fly to the door, hover while looking at me, and then fly away. And, then, do it all over again. For hours!

Around dusk, they went back to wherever they live. They were never aggressive. I never felt like I was about to get stung. I couldn’t get a picture. They were very fast and my phone couldn’t focus on them. They seemed about 2 inches long, yellow and black, and very fat. Do any of you know what they are? I have researched it online and I couldn’t figure it out.

On the day we had to leave, it was 37 degrees, and very overcast. 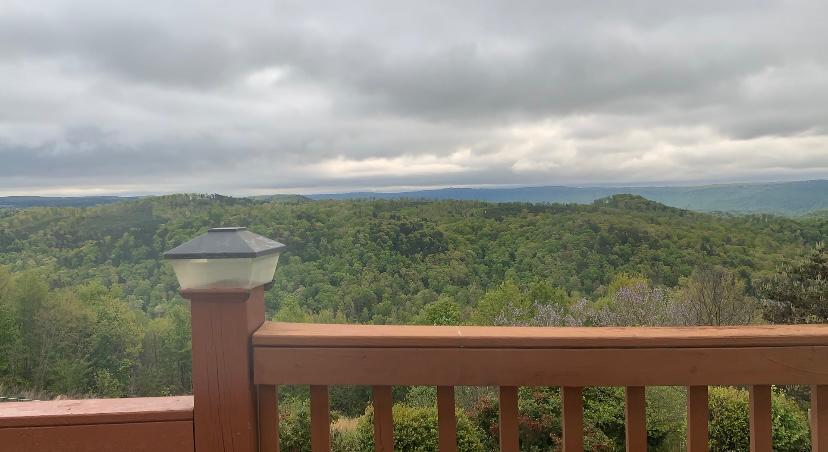 The main photo at the top of this post was our first sunrise in the new house. 🙂

8 Responses to "Driving Backwards Down the Freeway…and Bionic Bumblebees"

Print FriendlyPer last week’s issue of WritersWeekly, what is one reason a freelancer might get sued? ***Please answer the trivia question using our contact form HERE. Do not post your answer in the comments section below.  You must be a WritersWeekly.com subscriber to participate in the weekly contests. Subscribe today. It’s free! NOTE: ONLY ONE WINNER PER HOUSEHOLD PER CALENDAR QUARTER, PLEASE. THIS WEEK’S PRIZE: A free print or ebook of your choice from Booklocker.com!           END_OF_DOCUMENT_TOKEN_TO_BE_REPLACED