WE NEED YOUR HELP! How Should We Deal with Our Neighbor, Nosy Nancy? 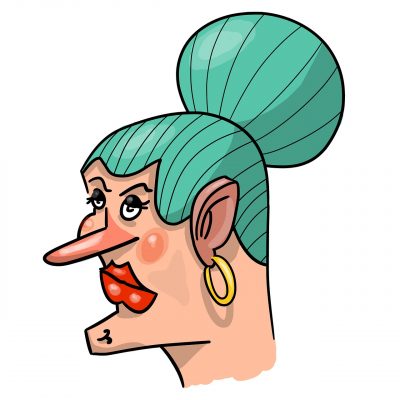 Last week, I wrote: Right now, we are living in the townhouse we rented after the funnel cloud. Mason LOVES it here. Compared to his room on the boat, his room here is ginormous! However, we’re having a BIG problem with our next door neighbor, Nosy Nancy.

Once nice thing about living on a boat in a marina was that people pretty much kept to themselves. There was very little drama. Boat people just want to live and let live. I miss that a LOT!

When the protests started downtown, we moved into a townhouse about 10 minutes from the marina. Lots of people here own. We weren’t interested in buying and a really nice one was available for rent. Three bedrooms, two and a half baths, wood floors, and a great, open layout. And, the rent was affordable. That was important because we were (and still are) paying rent at the marina.

When we moved in, we noticed that the previous tenant had left his or her hose on the right side of our porch. Cool! Just to be safe, we checked with the neighbor to our right because the hose ran all the way to a spigot by his door. He assured us it wasn’t his. So, we later used it to rinse off the truck, to water the bushes when it got really hot this summer, and for a few other things. Recently, we moved the hose to the back of the townhouse because there’s a water spigot out there, too. We needed to water some seedlings we were growing.

A couple of weeks ago, somebody knocked on the door. It was the “helper” for Nancy, who lives on the left side of us (nowhere near the hose!). She asked if we had “taken” Nancy’s hose. I apologized profusely, and explained we thought the previous tenant had left it because it was rolled up ON our front porch. I went to the back, got the hose, and gave it to the helper. And, she promptly turned around, dropped the hose once again on the right side of our porch, and walked away. I was puzzled but…whatever. I was too busy to start asking questions like, you know, why isn’t Nancy using her OWN porch for her OWN hose? I honestly couldn’t have cared less. If she wanted to use our porch, that was fine with me. I’m a GOOD neighbor.

I thought that was the end of it but, two days later, the helper showed up again. She said, “I just need to tell you that Nancy is EXTREMELY upset that you STOLE her hose! She won’t stop talking about it and she is very, very angry! She doesn’t know what she’s going to do about it!”

I couldn’t help myself. I started laughing out loud, imagining all of us being carted away in handcuffs over a garden hose.

We explained to the helper once again, so she could relay the message to Nancy, that, since the hose was left ON our front porch that we assumed it belonged to the previous tenants. And, we’d checked with our neighbor to the right (since the hose was on the right side of our porch) and he’d assured us it wasn’t his. I added that I’d given the hose right back to her when asked so, if I truly wanted to steal something, why would I have done that?

The helper said Nancy wasn’t believing any of it. She had it “set in her head” that we’re THIEVES. I offered to go next door to talk to Nancy but the helper responded, “Oh no! She much too angry for that!”

I started to get a bit miffed and I escorted the helper to the door, telling her that I’d be very happy to talk to the police if Nancy wanted to make a phone call. Silently, I was thinking: Seriously??? Doesn’t this old broad have anything better to do with her life and thoughts???

Two days later, Capt. Brian was getting out of his truck and Nosy Nancy confronted him. She proceeded to shout at him and, unfortunately, I was inside and our air conditioner was running so I missed it. Darn!!

Nancy chastised Brian for not reading the townhouse association “bylaws” and he asked what part of the bylaws mentioned keeping your items on somebody else’s porch? She got a distasteful look on her face, and spat that we would know the rules if we were owners, not “renters!” And, then it all made sense. We are lowly renters, not worthy of living near people who OWN. Ha ha ha ha ha!

When we first moved into the townhouse, we hung up some chimes that Nancy had actually said she liked (before “Hose Gate” began). When she was yelling at Brian about “common areas,” she threatened to report us to the homeowner’s association for having chimes. Brian told her to go right ahead. She said we’d get “fined.” Brian said we would not and that he looked forward to receiving the letter. This went on and on and she finally stomped off into her townhouse. (We never did receive a letter, by the way.)

A few days after that, we were out of town and I texted our right-side neighbor, asking him if he would watch for package deliveries. He said he would and I told him, “You’re the best neighbor EVER!”

He wrote back with a laughing emoji, and said, “Better than Nancy?”

After a few more texts with the nice neighbor, I learned that Nosy Nancy had been telling everyone at the complex that we’re THIEVES! So, we now have quite the outlaw reputation going on here and we think it’s HILARIOUS!!!

While we were out of town, our security system motion sensor activated and my phone beeped. I opened the app on my phone, and found Nancy standing on our front porch. She was staring down at her hose but she left it there. She then turned around, looked up at the chimes, and shook her head. She then took a few steps closer to the chimes, looked up again, and shook her head again. I was watching this live and I called Ali over to watch it with me. We were cracking up!! Our security cameras have speakers on them and I could have very easily pushed one button, and scared the bejeezus out of Nosy Nancy…but I didn’t want to kill the broad. It was soooo very tempting, though!!

Here’s the thing. Nosy Nancy has a small dog that barks 24/7. I’m serious. That dog NEVER SHUTS UP. But, I would never report her because I don’t want anything to happen to the doggy. She’s loud but she’s so cute! When she gets to barking, we just turn on our white noise maker and, voila, no more barking sounds.

While we would never report the dog to anyone, we HAVE been thinking of ways to get back at Nosy Nancy (though I don’t think I’d ever have the balls to follow through with the ideas).

Anybody else have any ideas?? Please share them in the comments box below! 🙂

We’re looking for more Articles and Marketing Secrets!! – If you have article or marketing ideas, check out our Guidelines HERE, and then submit your query, using our CONTACT FORM.

27 Responses to "WE NEED YOUR HELP! How Should We Deal with Our Neighbor, Nosy Nancy?"

Print FriendlyPer the 6/24/22 issue of WritersWeekly, quote one of the complaints about AuthorHouse. ***Please answer the trivia question using our contact form HERE. Do not post your answer in the comments section below.  You must be a WritersWeekly.com subscriber to participate in the weekly contests. Subscribe today. It’s free! NOTE: ONLY ONE WINNER PER HOUSEHOLD PER CALENDAR QUARTER, PLEASE. THIS WEEK’S PRIZE: A free print or ebook of your choice from Booklocker.com!           END_OF_DOCUMENT_TOKEN_TO_BE_REPLACED