Lesson Learned from Capt. Ron? LIVE Life While You Still Can! 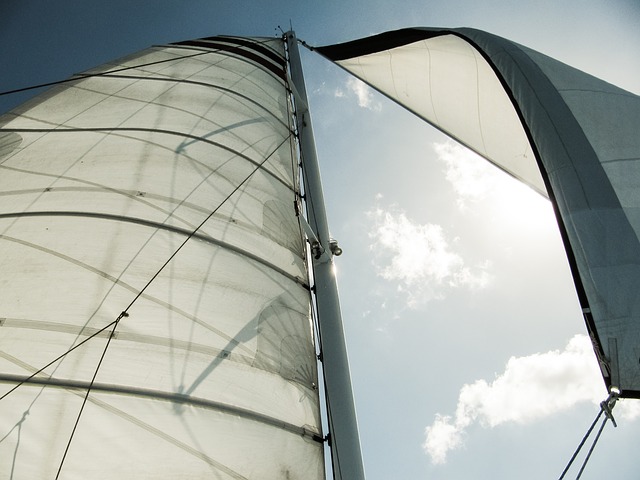 A month ago, we hired an acquaintance of Brian’s to do some air conditioning work for us. He was an old salt who went by the nickname “Capt. Ron.” Both Capt. Ron and his assistant, Andy, are both live-aboards (meaning they live on their boats) and they were very entertaining to have around! Capt. Ron shared stories of his exploits over many years of living and sailing on his boat with his wife. He told us that he planned to sell his air conditioning business, and retire in October. He added, “I’m gonna do the Great Loop!”

For those of you who don’t know, the Great Loop is a series of waterways, all connected, that can take you from the Great Lakes, down to the Gulf of Mexico, across Florida, up the East Coast, and west, back to the Great Lakes again. It sounded like a great adventure!

A few days after the job was completed, we received a text from a neighbor. Capt. Ron had a heart attack, and died. He won’t be doing the Great Loop…though maybe he’s doing it right now in a spiritual sense. I hope so!

When we were RVing for months at a time several years ago, we’d talk to different folks at campgrounds, and we kept hearing the same story told over and over again. A couple would wait until retirement to take that one trip, or make that one major lifestyle change. And, after retirement, one of them would pass shortly thereafter, leaving the other to RV across our beautiful country…all alone.

While I know family, finances, and other circumstances can prevent many people from living the life they want, there are other people and families who find a way, any way they can, to live their dreams while they’re still young and healthy enough to enjoy them. Sometimes, you have to make drastic changes to your living and spending habits. Other times, you envision the dream, and things just start to fall into place after that.

In a few weeks, I’ll be telling you about an exciting lifestyle change we have been preparing for over the past year. That’s all I can share for now. 😉

No Vacation Drama This year! I Insist!!!

Camping For Boys = Quiet Writing Time For Me!

From Vacation To PAYcation: Writing and Selling Your Travel STORIES

Hospitalized While On Vacation

We Need to Go Back Home…So We Can REST After Vacation!

2 Responses to "Lesson Learned from Capt. Ron? LIVE Life While You Still Can!"

Print FriendlyPer last week’s issue of WritersWeekly, what is one reason a freelancer might get sued? ***Please answer the trivia question using our contact form HERE. Do not post your answer in the comments section below.  You must be a WritersWeekly.com subscriber to participate in the weekly contests. Subscribe today. It’s free! NOTE: ONLY ONE WINNER PER HOUSEHOLD PER CALENDAR QUARTER, PLEASE. THIS WEEK’S PRIZE: A free print or ebook of your choice from Booklocker.com!           END_OF_DOCUMENT_TOKEN_TO_BE_REPLACED