Body Slammed by a 14-Month-Old! 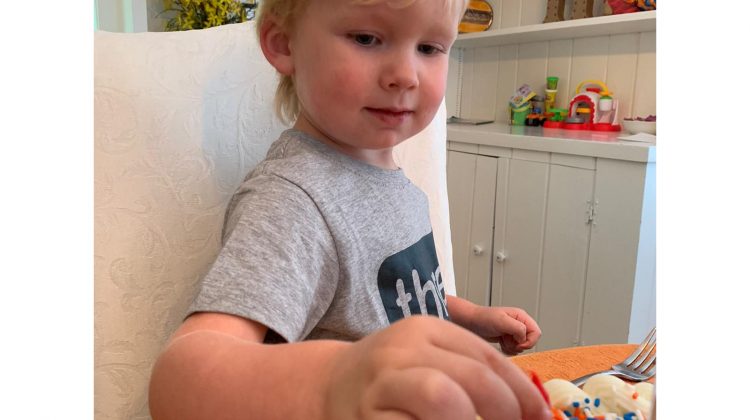 My vessel was filled with unconditional love last weekend!! It was our grandson’s third birthday and we had a full day of festivities planned!. In addition to the pizza, cake, and presents, we had hours of play-time and we had A BLAST!!

Late in the day, I was sitting on the floor of Jack’s room and he was bringing all of his toys out to show me. The room was spotless when we entered. Not so much when we left!! At one point, Jack walked up to me, got eye-level with my face, put his eyes right in front of mine, and said, “Happy?”

I almost cried. After the incredibly hectic month I’d had, it was like God was speaking through him, and telling me I was exactly where I needed be. And, yes, I couldn’t have been happier! I said, “Yes!!”

And, then Jack moved closer, and said, “Kiss?” He puckered up his mouth and I almost melted!!! Conscious of the virus, I gave him a cheek kiss and he wasn’t having any of that. Faster than lightning, he grabbed my head with his chubby little hands and planted a big one on me. He is THE sweetest boy on Earth!! 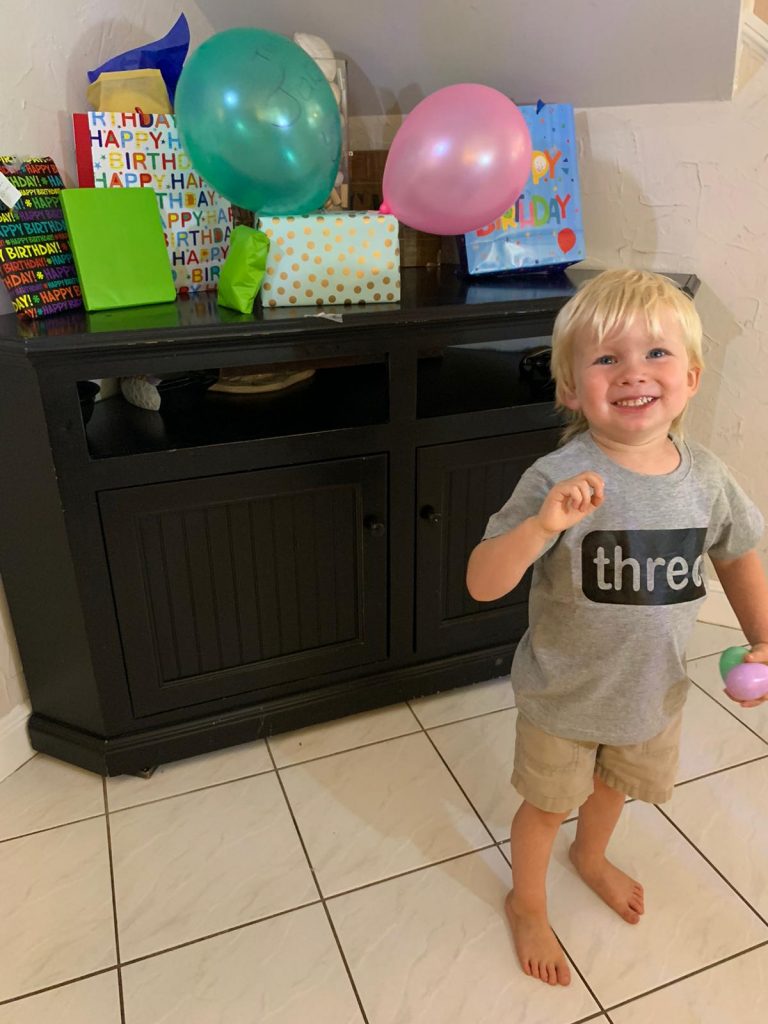 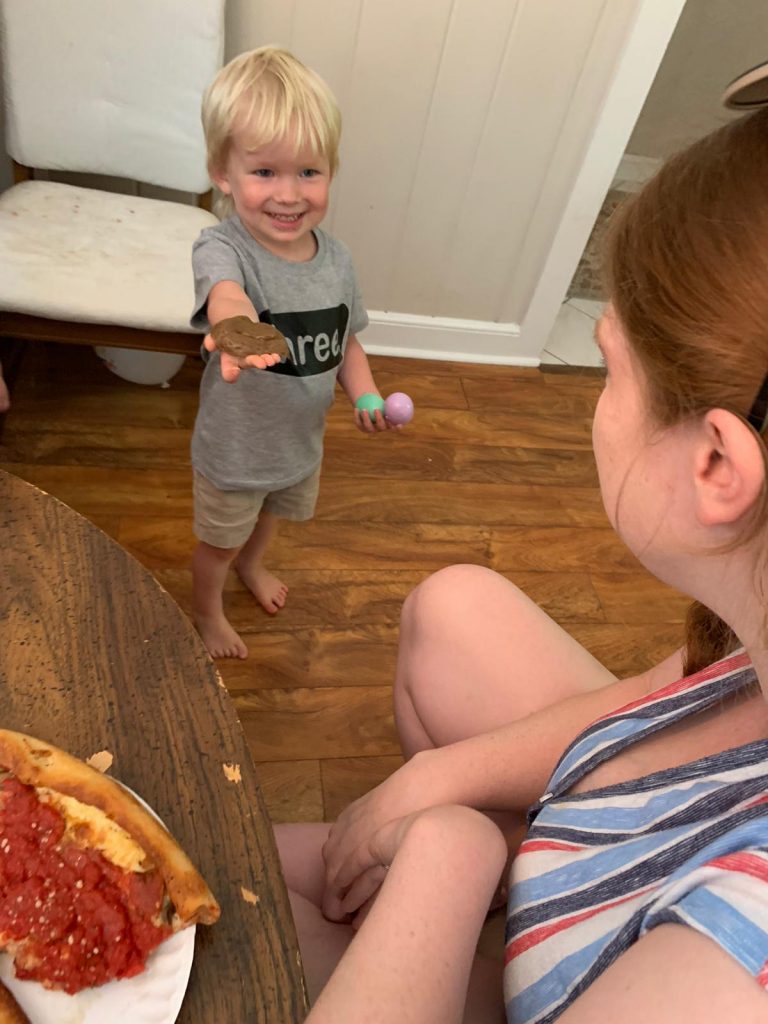 Jack showing his mommy the fake poop I gave him for his birthday. Ha ha ha.

Last week, I told you that I’d gotten him the loudest toy on Earth. What was it? I REAL MEGAPHONE – with a BUILT IN SIREN!!! I don’t have any pictures of him with it. What was I thinking??? He AND the adults had a great time with it…except his parents. They kept giving me dirty looks the rest of the afternoon. Heh… 😉

All day long, 14-month-old Mackenzie, who NEVER stops moving, would run up to me, body slam my legs, wrap her arms around them, and start climbing up me. I’d reach down and pick her up and she would then cling tightly to me, giving me a huge bear hug.

And, look! She already loves books!! 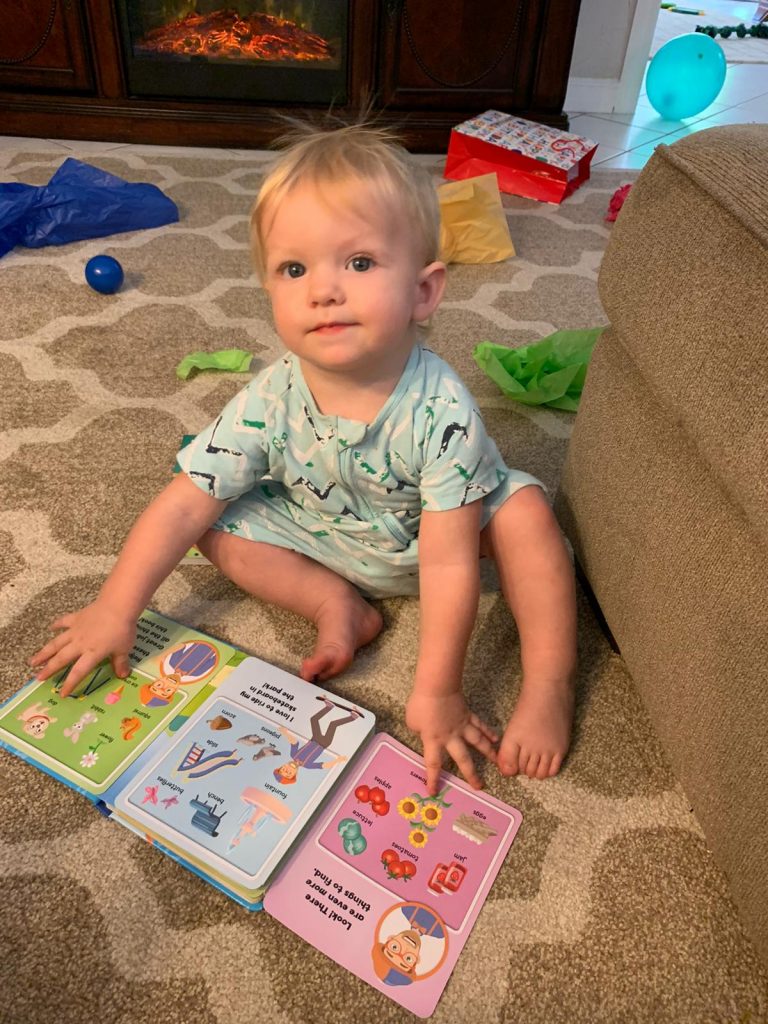 I LOOOOOOOVE MY GRANDKIDS!!! 🙂

THIS IS A REMINDER that the WritersWeekly.com Fall, 2020 24-Hour Short Story Contest is SATURDAY, SEPTEMBER 12th!

As with every Fall contest, you can expect some colored leaves, some chilly air, and maybe something creepy….or not! You”ll soon find out! We are super excited about this topic!!

Print FriendlyPer last week’s issue of WritersWeekly, what was the 5th most-read link on WritersWeekly in 2021? ***Please answer the trivia question using our contact form HERE. Do not post your answer in the comments section below.  You must be a WritersWeekly.com subscriber to participate in the weekly contests. Subscribe today. It’s free! NOTE: ONLY ONE WINNER PER HOUSEHOLD PER CALENDAR QUARTER, PLEASE. THIS WEEK’S PRIZE: A free print or ebook of your choice from Booklocker.com!           END_OF_DOCUMENT_TOKEN_TO_BE_REPLACED