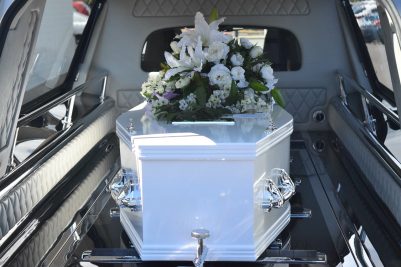 Amazon delivery drivers have killed people…and Amazon says it’s not their fault?
The human cost of Amazon’s fast, free shipping
“With the high demand of the job and the adverse effects of spending that much time on the road, it is perhaps not surprising that some drivers tasked with delivering Amazon packages have engaged in reckless driving practices.”

Amazon claims it was an accident. I don’t believe it…
ABA Condemns Amazon for Breaking ‘Testaments’ Embargo
“The fallout from Amazon violating Penguin Random House’s September 10 embargo of The Testaments by Margaret Atwood continues to roil the industry…”

Big Brother Bezos is WATCHING!
Police team up with Amazon Ring to hand out free camera doorbells worth £89 to thousands of households across Britain
“The move to distribute the £89 Ring devices has, however, raised Big Brother fears about the close relationship between a private company and the police.”

Is it any wonder that a successful site that Amazon bought is now getting complaints from users?
Almost Everything About Goodreads Is Broken
“Despite Amazon’s innovation elsewhere, Goodreads has stagnated for 12 years, and its problems are endless.”

Convicted of Journalism! If you aren’t familiar with this poor man’s story, you should be.
A Visit to Tommy Robinson in Belmarsh Maximum Security Prison
“Tommy Robinson is in the same prison cell formerly occupied by Michael Adebelajo – one of the two Islamic terrorists who murdered Fusilier Lee Rigby.”

This man’s family members should be professional writers! 😉
Connecticut family’s hilarious obituary for prankster dad goes viral
“From pranking others with laxative-laced cakes and even going so far as to name his first dog “Fart,” the funny man worked as a library assistant at Yale Law School Library before…”

This lawsuit will be thrown out. Sue the accusers, not the media reporting the accusations!
Virginia Lt. Gov. Fairfax files $400 million defamation suit against CBS
“Virginia Lt. Gov. Justin Fairfax (D) on Thursday filed a $400 million defamation lawsuit against CBS Corp. and CBS Broadcasting in New York, accusing the organization of publishing false statements from two women who accused him of sexual assault.”

Print FriendlyAccording to Angela in last week’s issue of WritersWeekly, what happened AGAIN?! ***Please answer the trivia question using our contact form HERE. Do not post your answer in the comments section below.  You must be a WritersWeekly.com subscriber to participate in the weekly contests. Subscribe today. It’s free! NOTE: ONLY ONE WINNER PER HOUSEHOLD PER CALENDAR QUARTER, PLEASE. THIS WEEK’S PRIZE: A free print or ebook of your choice from Booklocker.com!           END_OF_DOCUMENT_TOKEN_TO_BE_REPLACED