Journalists gets computer back. Will he sue police?; Navy Times hacked by Navy?!; Watchdog Alert about Dog Ear Publishing; and more! Whispers and Warnings for 05/24/19 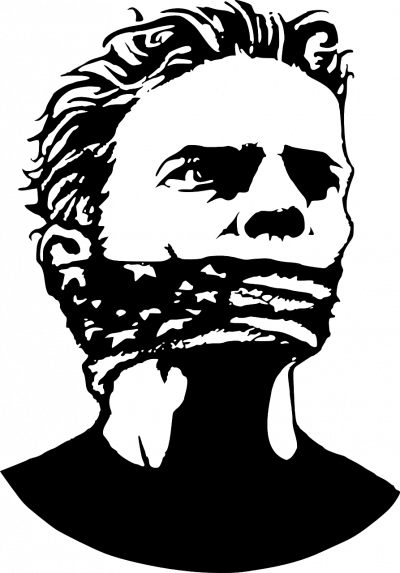 I hope he sues the pants off the police department!
Motion Aims To Find Out If Judges Knew Or Ignored Carmody’s Occupation
“A free-speech advocacy group filed a motion in San Francisco Superior Court Thursday to unseal applications for search warrants obtained by police before they raided the home and office of a journalist last week.”

Another sign of the government’s desperation to get a journalist’s source
Secret tracking device found in Navy email to Navy Times amid leak investigation raises legal, ethical questions
“A Navy prosecutor last week sent an email to the editor of Navy Times that was embedded with a secret digital tracking device. The tracking device came at a time when the Naval Criminal Investigative Service is mounting an investigation into media leaks surrounding the high-profile court-martial of a Navy SEAL accused of war crimes.”

France is also attacking journalists who reveal government lies
FRANCE TAKES UNPRECEDENTED ACTION AGAINST REPORTERS WHO PUBLISHED SECRET GOVERNMENT DOCUMENT
“JOURNALISTS IN FRANCE are facing potential jail sentences in an unprecedented case over their handling of secret documents detailing the country’s involvement in the Yemen conflict.”

At what point do their actions move from civil to criminal?
Watchdog Alert: Dog Ear Publishing
“The Watchdog Desk has received multiple reports of problems at Dog Ear Publishing, an Indianapolis-based self-publishing service. After careful investigation, in our opinion there is indeed cause for concern.”

Censorship alert!
Arizona prisons ban book on black men in the justice system
“Arizona has banned prisoners from reading a book that discusses the impact of the criminal justice system on black men, drawing outcry from First Amendment advocates who say the move is censorship.”

Watch what you publish in Australia!
Geoffrey Rush Awarded $1.9 Million in #MeToo Defamation Case
“Geoffrey Rush has been awarded $1.9 million after winning a defamation case against Australia’s Nationwide News over a story published in the company’s Daily Telegraph, multiple media outlets reported on Thursday.”

When Tweeting Leads to Death
Saudi Arabia to behead author, journalist and cleric on terrorism charges
“One of the men was arrested in September last year shortly after he tweeted a prayer for reconciliation between Saudi Arabia and Qatar amid the neighbours’ diplomatic crisis.”

Author Linda M. Gigliotti draws from years of practice as a private
writing tutor in the guidebook that teaches writers how to format visceral
writing that pulls readers into their book. She explains with instruction
and samples of published works how to craft writing that come to life in the reader's mind.

HowMaster is a wise choice for the writer who wants to weave words around the reader’s heart.


Author Linda M. Gigliotti draws from years of practice as a private
writing tutor in the guidebook that teaches writers how to format visceral
writing that pulls readers into their book. She explains with instruction
and samples of published works how to craft writing that come to life in the reader's mind.


Writing FAST: How to Write Anything with Lightning Speed

Print FriendlyPer last week’s issue of WritersWeekly, when Angela found the unique carrot, what did she suggest to the pastor? ***Please answer the trivia question using our contact form HERE. Do not post your answer in the comments section below.  You must be a WritersWeekly.com subscriber to participate in the weekly contests. Subscribe today. It’s free! NOTE: ONLY ONE WINNER PER HOUSEHOLD PER CALENDAR QUARTER, PLEASE. THIS WEEK’S PRIZE: A free print or ebook of your choice from Booklocker.com!           END_OF_DOCUMENT_TOKEN_TO_BE_REPLACED