The New Yorker Said “Sorry” and Other Great Rejections in the Life of an Underpublished Author By Carol L. Skolnick 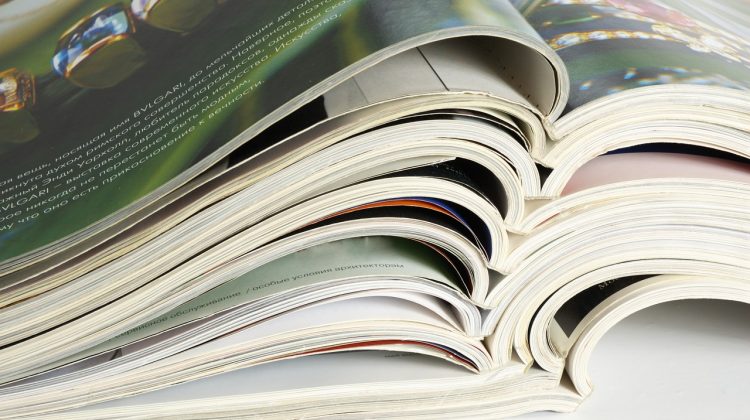 As a starving writer in New York City; you’re supposed to say you’re a writer even if you earn your keep shelving books at Barnes & Noble on Union Square. So okay, I’m a writer. It’s just that I write direct mail, not books, for a living, even though I’ve published quite a bit. Hardly a household name, my essays and poems have appeared in inspirational anthologies, obscure literary journals, upbeat writers’ e-zines and alternative monthlies nobody’s ever heard of outside of western Pennsylvania, San Juan, Toronto and parts of South Africa (and I’m not making that up). The exceptions are a couple of paragraphs about the Chartres Cathedral that ran in Glamour – one of those “our readers write about their fab vacations” things for which I was not paid – and a piece at Salon.com which earned the distinction of “soft-porn pap” in a famous columnist’s blog. I was thrilled; at least he read it.

I’ve collected rejection slips from all of the finest publications in the United States, ranging from The Funny Times to The New York Times. Rejections are usually generic and unsigned, which means the overworked editor finds you completely without talent and you are advised not to quit your day job. If you get a little handwritten note on the bottom, it’s a nice bonus, an incentive to keep trying and not to take one’s own life. If the note says, “Nice work, not right for us this time, try us again,” it’s practically a relationship. And apparently, when you receive anything more than a coffee stained cover page back from certain publications, it’s a cause célèbre.

My magnum opus, which I’ve been trying to sell for years, is a 20-page memoir of my car-obsessed, glad-handing, tall-tale-telling father. Throughout its myriad incarnations, my instructors at The Writer’s Voice, the JCC and Mediabistro – as well as all of the editors who have rejected it so far – agree that it’s very good. It even earned an honorable mention in a competition named for the novelist Mary Roberts Rinehart (not a cash prize, God forbid).

One of my teachers, Elaine, urged me to send “the Daddy story” to The New Yorker. I thought that was a stretch. She assured me it wasn’t. Then again, she’s never been published in The New Yorker. My previous teacher, Richard, had been nuts about the piece also. His work never made it into The New Yorker either, but I think they reviewed his book, or maybe that was the Times. Anyway, I sent it.

The life’s work came back a couple of months later. The reviewer had scrawled “Sorry” on the bottom of the standard Xeroxed rejection letter. Elaine had been hounding me about “the Daddy story” all along (and although I haven’t been in her class for several years, she still calls to nag me about it sometimes) and this week was no exception.

“Did you hear back from The New Yorker?” she asked.

“Without even the courtesy of a signature,” I said, shrugging it off. “They just wrote ‘Sorry.'”

“Did you save it?” my teacher asked.

“Well, bring it in next week!”

Even though I thought they were all crazy, I brought the piece and its rejection slip to the following week’s class. Elaine invited my impressed classmates to pass around the rejection letter while she gingerly handled the manuscript, peering through her half-glasses as if studying forensic evidence.

“Look, the pages are bent; someone obviously read it.”

“Only half the pages are bent,” I pointed out.

“It’s a 20-page manuscript; half is good,” she insisted. “You held their interest for 10 pages.” My classmates murmured their assent.

“But they only wrote ‘Sorry’…”

“That means they really liked it. You should cut it down and resubmit it, and in the meantime, send them something else.”

I never did retry The New Yorker, but I did cut “the Daddy story” down. A few months later, the editor of a highly-regarded literary journal jotted a love note on the bottom of his rejection slip. If I could cut the piece back just 2,000 words, he’d take another look. He signed himself, “Peter.” A name: true intimacy; he was mine. I performed the surgery and awaited word from Peter – say it loud and it’s music playing, say it soft and it’s almost like praying – who rejected it again, with apologies. Two sorry editors in the scope of six months, and a famous thinks I’m a hack; that puts me in the running for Real New York Writer. Can a tearstained “no” from the Times, or a scathing review in the Observer, be far behind?