What Happens When You Drink and Drive…a Boat 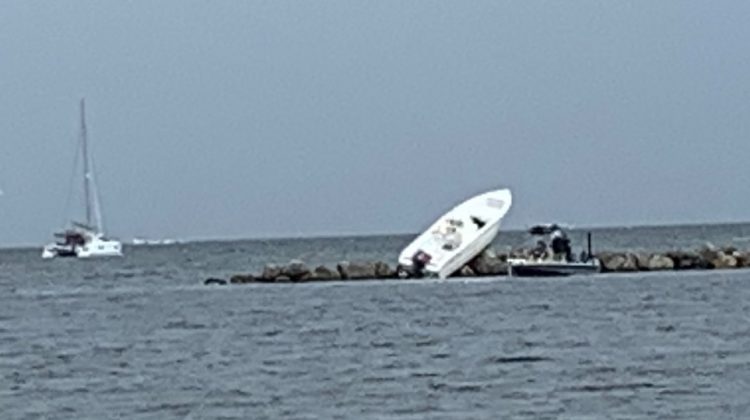 We had a very peaceful evening onboard “No Tan Lines” on Tuesday night. It was a bit muggy so we had the air conditioner running. That means we can’t hear the downtown noises. Seven nights a week, people enjoy beautiful downtown Saint Petersburg, Florida – dining, drinking, dancing, drinking, walking, drinking, etc. But, like I said, it was a Tuesday night and things seemed pretty tame.

So, we were pretty shocked this morning when we discovered this: 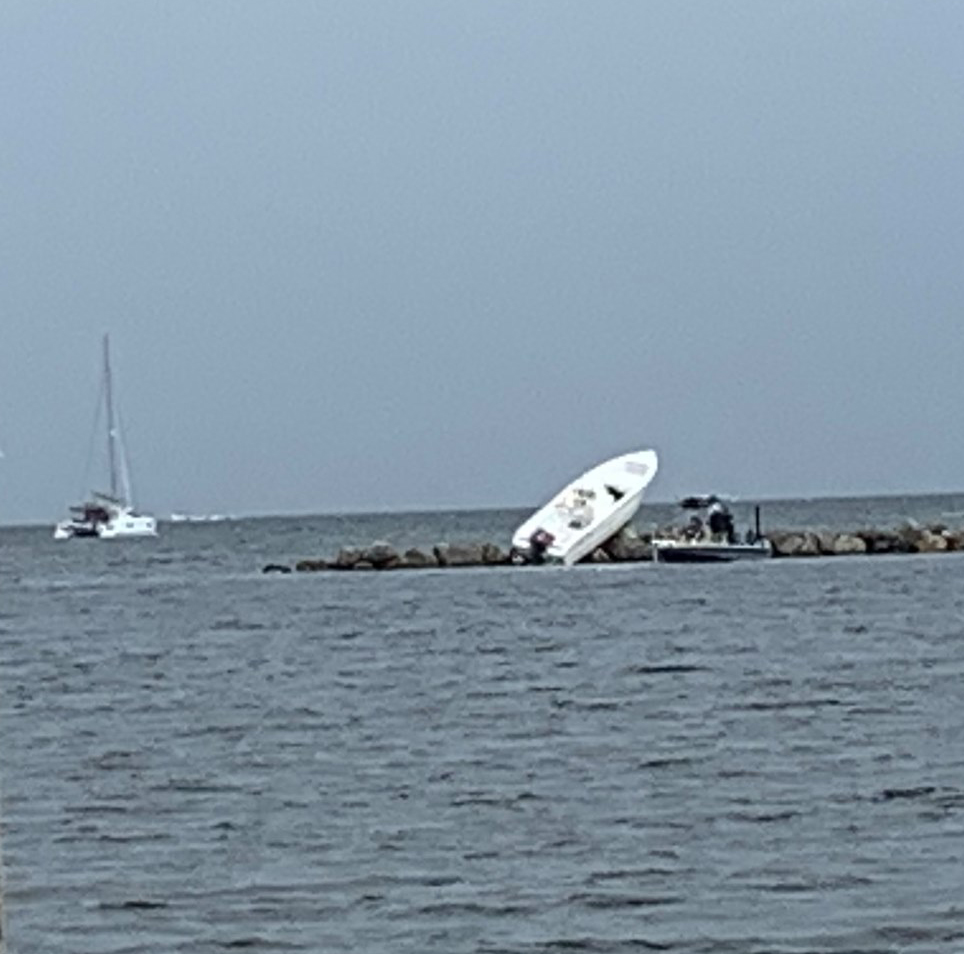 Nobody on the dock knows what happened (yet) but, having owned three boats, and having been around enough late-night boaters, I could figure it out pretty quickly. When I’m bored, and since I’m a writer, I sometimes make up stories in my head about strangers and this was a fun opportunity to do so!

Boastful Brad (who’s a trust fund brat) was either at the Rays game, or partying it up downtown last night.

He slurringly told his buddies they should take the boat out. “Izza bootyful naught, dudes! Lez partee on the waturrrr!!!”

They all got on board and he probably put a few whiskey bumps on the sides getting out of his slip.

He fell backwards into the captains chair after miraculously finding the throttle with his fumbling right hand, and lurching forward.

After rounding the last dock in the marina, he forgot there’s an actual channel to the left of the jetty, and revved it up high to get straight into the open bay.

Aaaaaand, that’s when Brad and his buddies went airborne.

The local news was sparse on facts but here’s what they reported:

He was in the boat with a woman.

They called 9-1-1 after going airborne.

They were both hospitalized.

No other information is available at this time but I’m willing to bet alcohol was a factor. Most sober people don’t take a small motorboat (that boat was only 19 feet) out on the open bay after 10:00 p.m., especially after a day of wind and rain, with more in the forecast.

What in the World Makes a Boat Smell Like THAT?!

LOOK! I HAVE 2 KNEES ON ONE LEG!! My First Major Liveaboard Accident… (includes grotesque pics!)