What Do You Do When Your Florida Kid Asks for “Snow” for Christmas? 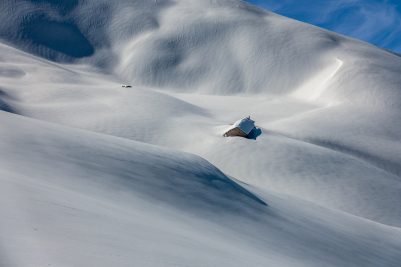 A couple of months ago, Mason (age 14) said he wanted to “go somewhere where it snows.” And, he’s getting his wish! And, it’s a totally selfish gift on my part. Ha ha.

We’re taking a real, true, bonafide VACATION!! As I’m typing right now, I’m sitting in a hotel room in Columbia, South Carolina. It’s 30 degrees cooler than it was when we left Florida this morning. It was a looooong haul today but we wanted to get as many miles under our belts as we could today. That means a much shorter drive tomorrow. We’re about 3 1/2 hours from our destination, which is Beech Mountain, North Carolina.

On the road, we listened to a really interesting podcast series – Forgotten: Women of Juárez

We HIGHLY recommend it. You’ll be hanging on every word and you won’t BELIEVE who was responsible!!

Anyway, after reading yesterday morning that a snowstorm was predicted to hit Beech Mountain on the day of our arrival, we scrambled, and managed to leave Florida two days early. We’ll be all settled in by tomorrow afternoon. The snow will begin on Saturday afternoon. On Sunday, the snow is supposed to turn to ice. We’ll be well-provisioned by that time, and able to spend several days at the cabin without needing to go anywhere. Heaven!! I hope we don’t get as much snow as is featured in the picture I found to headline this post!!

The cabin is right down the road from a tiny church. We’ll be attending services there on Sunday and Mason is very excited about that! I hope we don’t get lost in the snowstorm walking to church. 😉

We’ll also be visiting a dear friend (who we have not yet met in person) and I’ll be receiving an Honorary Doctor of Letters Degree (LITT.D.) from a theological college and seminary in North Carolina. I was shocked when I learned about this and I am extremely honored to be receiving it!! I’m still shocked!! I’ll tell you more about that next week, and will post pics. 🙂

FRIDAY NIGHT UPDATE: We are in Beech Mountain. It’s supposed to be 17 degrees tonight. I already slipped on ice but I did NOT fall, thank goodness. After that, I changed out of my Florida sandals (yes, really), and put on my boots. We are all stocked up on groceries, and excited about the big snowstorm barreling this way!! 🙂

5 Responses to "What Do You Do When Your Florida Kid Asks for “Snow” for Christmas?"

Print FriendlyPer last week’s issue of WritersWeekly, when Angela found the unique carrot, what did she suggest to the pastor? ***Please answer the trivia question using our contact form HERE. Do not post your answer in the comments section below.  You must be a WritersWeekly.com subscriber to participate in the weekly contests. Subscribe today. It’s free! NOTE: ONLY ONE WINNER PER HOUSEHOLD PER CALENDAR QUARTER, PLEASE. THIS WEEK’S PRIZE: A free print or ebook of your choice from Booklocker.com!           END_OF_DOCUMENT_TOKEN_TO_BE_REPLACED