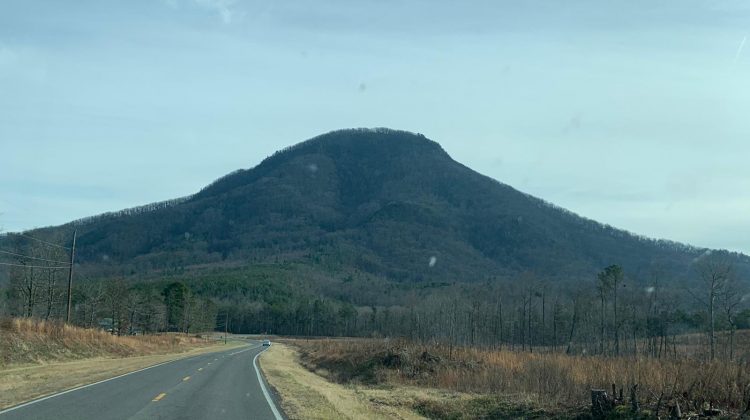 As many of you know, I sold the boat in December. A British family that lives in Virginia flew down here to look at it, made an immediate offer, and sailed it up north. They plan to eventually sail to Europe with their two boys, who are about the same ages as Max and Mason were when we moved on the boat. 🙂

And, now the house hunting has begun. We originally planned to move to Tennessee but that idea was nixed when I discovered that they require homeschoolers to fully vaccinate their children. Don’t bother sending me hate mail about that. I won’t read it. We have a vaccine-injured child. Years researching what happened, medication, and therapy for our child… That requirement by Tennessee made the entire state a no-go.

So, now we are looking at homes in Georgia. There are beautiful mountainous regions there as well and the folks are super friendly! We were in Georgia last week looking at some homes. We drove up there to specifically look at one house, but looked at two others as well, just in case.

House #1
I called this The Granny House. It was so staged with doilies, dolls, beautiful old furniture, and pink stuff that it looked like an antique store. Mentally erasing all of that from my mind, it looked like a really nice farm-style house. However, there wasn’t much acreage and the house was right next to the road. 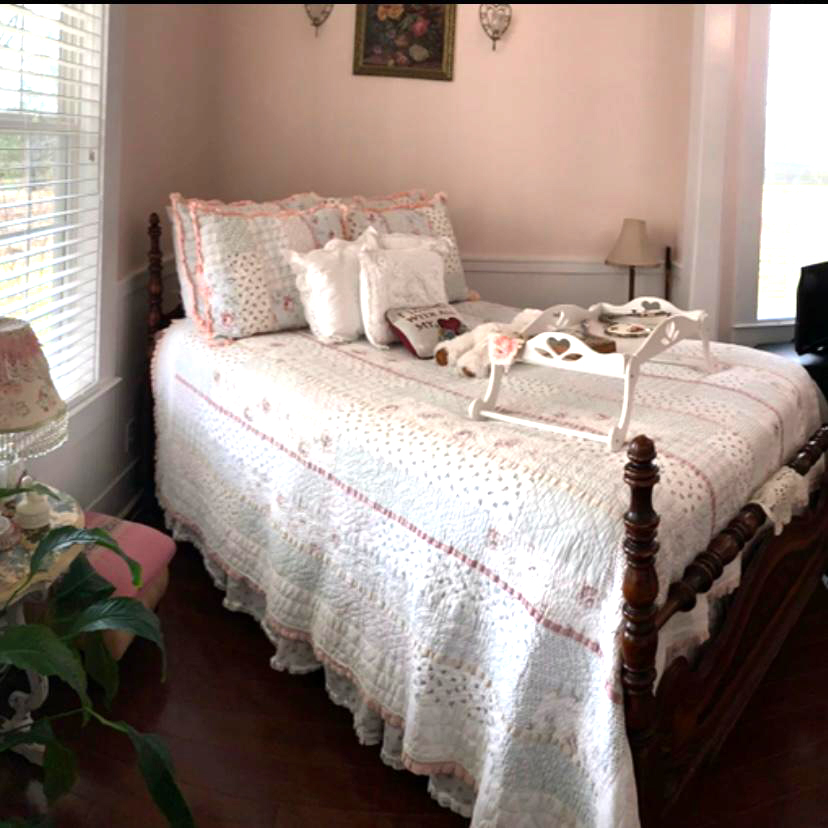 House #2
We drove up, up, and up some more, to the top of a beautiful mountain, which was round at the top (see featured image for this post). I didn’t know the name of the mountain so I called it Mt. Boob. The views were absolutely breathtaking but the house was anything but. I kept telling Mason, “Picture this house with none of the clutter and junk in it.” He couldn’t do it. There was a stream running right through the yard, which was beautiful. But, the yard was also littered with junk. I KNEW the sellers wouldn’t be taking all of that stuff with them and that we’d have to hire people to haul away mounds of garbage. The clincher was the crack we found that went all the way through the chimney, and all the way up the chimney. There was also a large crack in a newly painted hallway upstairs. That house needs to be torn down.

House #3 – The house we drove to GA to see
We found out at 8:00 p.m. the night before that the owners were going to take the house off the market that night, and put it back up in a month. They would “not entertain any offers during that time.” That was really odd. Since we already had an appointment, and had driven 10 hours to get there, our realtor convinced them to let us see the house. It was beautiful, had the right acreage, and a pond on the property line. Our realtor told us to go ahead and make an offer, saying “money talks.” It was promptly rejected with no counter. Oh well. We weren’t supposed to buy that house for some reason.

We found a new house we like this week and, rather than needing to drive all the way up there again, the realtor offered a live video walk-through for us. It’s a beautiful home with plenty of land (we love gardening), but is already under a contingency/first right of refusal contract. The other “buyers” (I’ll call them the Smiths) have to sell their house first. The contract stipulates that, if the sellers get a better offer, the Smiths have the opportunity to match that offer if they still want the house. So, it’s a long shot but we made an offer.

I’m extremely weary of looking at homes online. I’m even more terrified of the prospect of moving AGAIN. But, it must be done. We can’t rent here forever and we really want to get out of the city. St. Petersburg has turned into a cesspool. I don’t even freak out anymore when I hear a gunshot at night. St. Pete wasn’t like this when we moved here. I can’t believe how fast it has gone downhill.

In the meantime, we’re hard at work! BookLocker is busier than ever and we are extremely thankful for that. Everybody is healthy and happy and we are continually counting our many blessings. 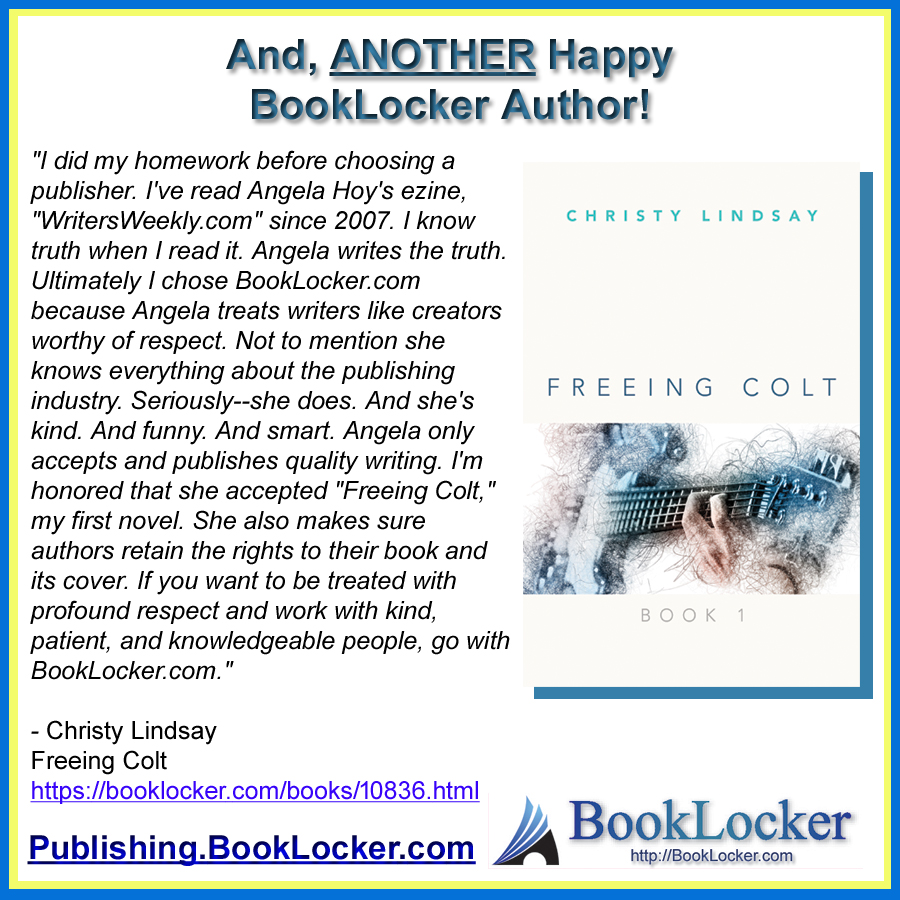 Print FriendlyPer last week’s issue of WritersWeekly, what is one reason a freelancer might get sued? ***Please answer the trivia question using our contact form HERE. Do not post your answer in the comments section below.  You must be a WritersWeekly.com subscriber to participate in the weekly contests. Subscribe today. It’s free! NOTE: ONLY ONE WINNER PER HOUSEHOLD PER CALENDAR QUARTER, PLEASE. THIS WEEK’S PRIZE: A free print or ebook of your choice from Booklocker.com!           END_OF_DOCUMENT_TOKEN_TO_BE_REPLACED