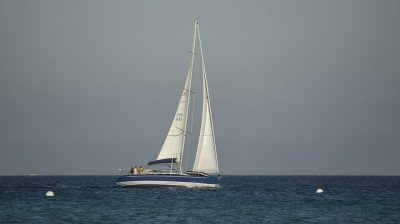 Today’s issue is abbreviated because we are making last-minute preparations to take the boat on a five-day sailing trip.

Please take a few minutes to read the top three winners of the Winter, 2018 24-Hour Short Story Contest. You won’t be disappointed! The first one is hilarious!!

One Response to "Early Issue…Because We’re Heading Out to Sea!"

Print FriendlyAccording to last week’s issue of WritersWeekly, what tactic should you beware of from writing clients? ***Please answer the trivia question using our contact form HERE. Do not post the answer in the comments section below.  You must be a WritersWeekly.com subscriber to participate in the weekly contests. Subscribe today. It’s free! NOTE: ONLY ONE WINNER PER HOUSEHOLD PER CALENDAR QUARTER, PLEASE. THIS WEEK’S PRIZE: A free print or ebook of your choice from Booklocker.com!           END_OF_DOCUMENT_TOKEN_TO_BE_REPLACED