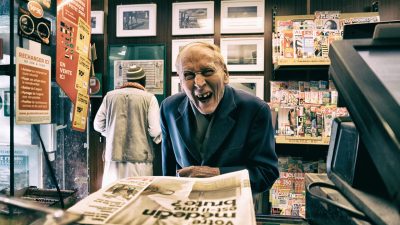 Well, they need to do something, ANYTHING, to save themselves!
Barnes & Noble’s New Plan Is to Act Like an Indie Bookseller
“Can the world’s most feared hedge fund rescue the last big American bookstore?”

Publisher’s Employees Force Rejection of Woody Allen’s Book
Woody Allen’s book could signal a new era in the publishing industry
“It’s the first time in recent memory that employees of a corporate book publisher have taken collective action to express disapproval of management’s decisions. And it worked.”

Penguin Publishing NYC Employees Are Given Option to Work From Home
PRH Gives NYC Staff Ability to Work from Home
“We have business continuity and contingency plans in place in order to ensure that PRH remains able to fulfill our ultimate goal: to get books into the hands of readers around the world,”

Book Publishing Industry Still Going Strong
The Publishing Industry Grew Nearly 2% Overall In 2019
“Added up, all the physical book categories (Hardback, Board Book, Paperback and Mass Market) accounted for 74% of 2019’s Trade revenues, or about $5.8 billion.”

Sounds Like Gross Malfeasance on the Part of City Hall
OC judge reissues gag order blocking Fullerton blogger from publishing police documents
“City officials likened the incident to telling Ferguson that his file was on a City Hall desk and giving him permission to retrieve it. However, Ferguson took everything else on the desk as well.”

I predict the publisher will lose this lawsuit. Publishing photos of the band itself is one thing. Reproducing their logo and other intellectual property is completely different.
Book Publisher Responds To MISFITS’ ‘Baseless’ Lawsuit
“Abrams, the American publisher of art and illustrated books, children’s books and stationery, has issued a statement in response to the lawsuit filed by the legendary punk rock band MISFITS over the advertising and sale of a photobook titled ‘Scream With Me – The Enduring Legacy Of The Misfits’.”

Just because you file for bankruptcy doesn’t mean you are no longer liable for past wrongdoing.
Bankrupt Johnson Publishing reaches $500,000 settlement in Ebony defamation lawsuit
“Bankrupt Johnson Publishing reached a $500,000 settlement in a defamation lawsuit brought by the family of two Georgia high school students alleging they were falsely implicated in the 2013 death of a black classmate by a series of articles that appeared in Ebony.” 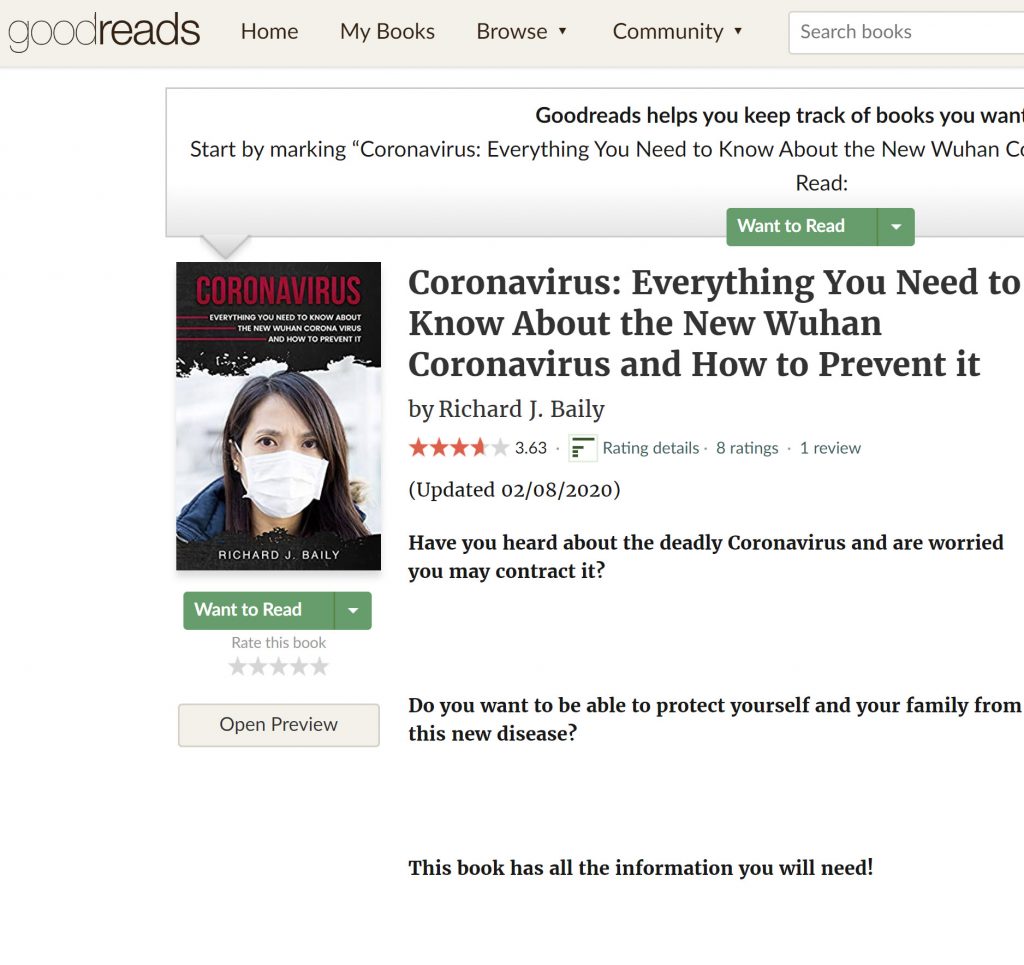 It seems Amazon only takes action after someone complains and THAT puts consumers at risk! By the way, as of this writing, the book is still on Goodreads….which is owned by Amazon. >>>
Coronavirus books plagiarized from news outlets dominate Amazon search results
“Plagiarized books by nonexistent authors clogging the top of Amazon search results have become a familiar problem to real, independent authors who try to sell books on Amazon. Fake e-books, frequently plagiarized from original works, often crowd out authentic books and products at the top of Amazon pages.”

Beware of scammers impersonating real people and firms in the publishing industry!
The Impersonation Game
“One of the most common tactics used by scammers is solicitation, by phone and email. To make themselves seem more reputable and attractive, scammers often masquerade as dogs…that is, they try to impersonate real, reputable companies and individuals.”

Print FriendlyPer last week’s issue of WritersWeekly, when Angela found the unique carrot, what did she suggest to the pastor? ***Please answer the trivia question using our contact form HERE. Do not post your answer in the comments section below.  You must be a WritersWeekly.com subscriber to participate in the weekly contests. Subscribe today. It’s free! NOTE: ONLY ONE WINNER PER HOUSEHOLD PER CALENDAR QUARTER, PLEASE. THIS WEEK’S PRIZE: A free print or ebook of your choice from Booklocker.com!           END_OF_DOCUMENT_TOKEN_TO_BE_REPLACED