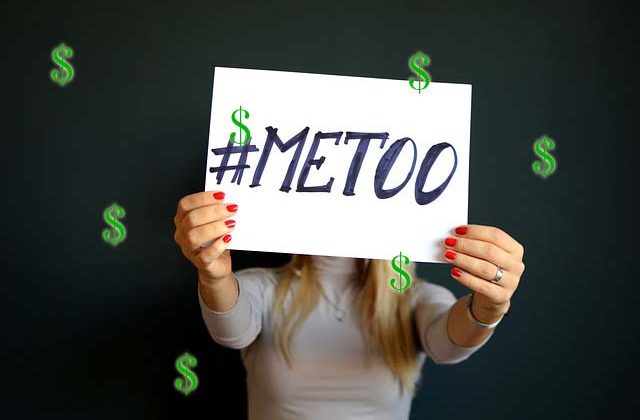 * Publishing
Buy Your Books While You Can
Book Industry Thrown Into Chaos Over Supply-Chain Delays
“There are delays along every leg of the supply chain. For one, books are grappling with the same paper shortages that are making it hard to find toilet paper…”

If You’re Buying Books for Christmas Gifts This Year, You Should Start Shopping NOW. Here’s Why…

* Big Tech
Is Google Making Money from News Without Paying for the Journalism?
‘They make it up as they go along’: Study sheds light on Google news deals, Australia’s pushback
“Indeed, British publishing sources told the Post Gazette that many took Google payments because they were desperate. One said that ‘most are unhappy’ with the deals.”

* Copyright
Soap Opera Star Sued for Posting Photos of Herself
Column: Lisa Rinna is getting sued for posting paparazzi photos of herself. Why?
“Unlike most celebrities who have faced similar demands, Rinna is fighting back.”

* Defamation
Will Facebook Be Held Accountable in Australia?
Australian defamation review to examine Facebook liability
“’What the case did not illuminate was the question of whether Facebook themselves are liable, and that is something I anticipate’ would be examined by the current review of Australian defamation laws, Fletcher said.”

*Journalism / Free Speech
The Price of Truth
Chinese Citizen Journalist Who Documented Covid-19 in Wuhan Resurfaces After 600 Days
“‘I will use my camera to document what is really happening. I promise I won’t… cover up the truth,’ he said in his first YouTube video.”

* Free Speech
Another Attack On Behalf of the “Religion of Peace?”
Prophet Muhammad Cartoonist Death Sparks Swedish Homicide Probe
“Vilks is most known internationally for his 2007 depictions of the Prophet Muhammad with the body of a dog, which caused an outrage among many Muslims and put him in the crosshairs of radical islamists.”

* Copyright Infiringement
Academic Copyright Battle
Textbook publisher Pearson sues Chegg for copyright infringement
“’If, when, and how Pearson provides answer sets to its textbook questions is a right owned by Pearson that Chegg usurped for itself,’ the lawsuit reads.”

* Defamation / Journalism
Doctor Loses Lawsuit Against Newspaper
Judge ends parts of VA doctor’s lawsuit against newspapers
“The judge previously determined that Franchini had failed to allege that the newspapers knowingly published false information or acted with a reckless disregard for whether the report was false.”

* Copyright / Predatory Publishing
Copyright seems to be an inconvenience to some “Researchers.”
ResearchGate Pulls 200,000 Files From its site, Amid Publisher Pressure
“Jarvis can prevent a researcher from uploading content to ResearchGate that cannot be freely shared. The site is urging authors to comply with any license terms or restrictions when uploading their content.”

Print FriendlyPer last week’s issue of WritersWeekly, what is one reason a freelancer might get sued? ***Please answer the trivia question using our contact form HERE. Do not post your answer in the comments section below.  You must be a WritersWeekly.com subscriber to participate in the weekly contests. Subscribe today. It’s free! NOTE: ONLY ONE WINNER PER HOUSEHOLD PER CALENDAR QUARTER, PLEASE. THIS WEEK’S PRIZE: A free print or ebook of your choice from Booklocker.com!           END_OF_DOCUMENT_TOKEN_TO_BE_REPLACED