Simon and Schuster is for sale; Popular author sued for molestation; Publisher is cancelling contracts; and much more! …In the News 03/05/2020 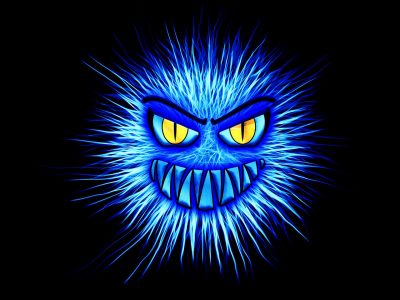 Well, this is a heckuva time to send them packing.
U.S. Orders Cap on Chinese State Media Personnel
“The Trump administration is ordering China’s major state media companies to sharply reduce the ranks of Chinese nationals in the U.S. in retaliation for years of tightening restrictions on American news outlets by Beijing.”

Pretty stupid thing to post no matter which side of the aisle you’re on.
Denver Democrat faces backlash after tweeting ‘solidarity’ for spreading coronavirus at Trump rallies
“CdeBaca, apparently posting in jest, had retweeted a meme that said: ‘For the record, if I do get the coronavirus I’m attending every MAGA rally I can.'”

Interesting lesson on writing news vs. opinion
I was sued for defamation: Here’s what happened next
“But it was the second part of my story that Dickerson wanted to focus on. Given the context of what Dickerson did, I found it necessary to mix my opinion with the news…”

What I’d like to know is who’s choosing some of these textbooks to be used when educating your young people?
What Does a Class Action Lawsuit Over College Textbooks Have to Do with Designer Bags?
“According to the plaintiffs’ complaint, ‘Amidst trends of market-shifting and revenue decline in the higher education course materials industry, the defendants conspired to protect their historical price increases and stranglehold on the market’ and shut out even their most ‘sophisticated’ competitors (i.e., the plaintiffs), who say that by providing students the option to buy used textbooks and to rent textbooks, as well as access other more cost-effective course materials, they serve as “at least some check on [the defendants’] exorbitant prices and relentless price increases.'”

The publishing division probably isn’t their biggest money-maker…
ViacomCBS to Sell Publisher Simon and Schuster
“He added that the publishing unit ‘is not a core asset. It is not video-based. It does not have significant connection for our broader business.'”

I saw a box of Cold Eeze on sale at Amazon last night for $500 and another for $149! I reported the sellers for price gouging and the listings have already been removed.
Amazon Warns of Delays After Stampede of Virus-Spooked Shoppers
“Amazon.com Inc.’s Prime Now and Amazon Fresh delivery services have been overwhelmed by demand, a sign that virus-spooked shoppers are turning to the world’s largest online retailer to avoid going to brick-and-mortar stores.”

If this really happened, how could Amazon possibly think this info. wouldn’t eventually get out?
Ex-Amazon manager says she scoured applicants’ social media to determine race, gender
“Lisa McCarrick is suing the giant online retailer, claiming she was fired after raising concerns about using prospective hires’ social media to figure out their race and gender.”

He is being sued by another woman as well.
Popular New Age author Marc Gafni molested 13-year-old girl in 1980, lawsuit says
“For years, a New York woman could do nothing but watch helplessly as the New Age author she says molested her as a child admitted and defended his nauseating conduct to Dr. Phil and The New York Times — until Wednesday, when she sued him in Manhattan Supreme Court, thanks to the new Child Victims Act.”

This isn’t a surprise. But, BookExpo and BookCon have NOT been cancelled.
London Book Fair Canceled
“Citing concerns about the potential spread of the COVID-19 coronavirus, Reed Exhibitions has canceled this year’s London Book Fair (LBF). The the event was scheduled to start next week.”

This is always a sign of big trouble at a publisher!
Mass Contract Cancellations at Mystery Publisher Henery Press
“A number of the cancellations affected books that had been completed, turned in, and scheduled for publication, with some authors having already made promotional plans. Others interrupted series whose first installment hadn’t yet been published–with Henery holding on to the yet-to-be-published book and reverting rights to the rest.”

I receive questions from authors all the time about book fairs. I always tell them they’ll very likely not even come close to earning back what they spent. Shame on publishers who sell these packages to their authors!
Authors: Think Twice Before Paying to Exhibit at Book Expo (BEA)
“This is not a good opportunity for an author who has just published their first book, and thinks visibility at BEA might fix their marketing and promotion problems. It will not.”

One Response to "Simon and Schuster is for sale; Popular author sued for molestation; Publisher is cancelling contracts; and much more! …In the News 03/05/2020"

Print FriendlyPer last week’s issue of WritersWeekly, what was the 5th most-read link on WritersWeekly in 2021? ***Please answer the trivia question using our contact form HERE. Do not post your answer in the comments section below.  You must be a WritersWeekly.com subscriber to participate in the weekly contests. Subscribe today. It’s free! NOTE: ONLY ONE WINNER PER HOUSEHOLD PER CALENDAR QUARTER, PLEASE. THIS WEEK’S PRIZE: A free print or ebook of your choice from Booklocker.com!           END_OF_DOCUMENT_TOKEN_TO_BE_REPLACED