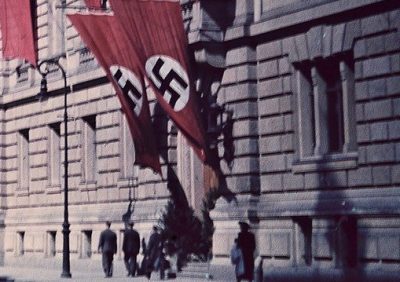 * Journalism
Will RAPISTS be the next “misunderstood” group?
USA Today skewered for article claiming pedophilia is ‘misunderstood.’ Newspaper deletes tweets, changes headline after being accused of attempting to ‘normalize pedophilia.’
“The article quotes James Cantor – a clinical psychologist, sex researcher, and former editor-in-chief of Sexual Abuse: A Journal of Research and Treatment. In 2018, Cantor advocated for pedophilia to be labeled as a sexual preference and be included in the LGBTQ+ collective.”

-And for any Karens who don’t like the source above, and need a “Safe Space”…here’s the same story in the Russian Times:
Pedophilia is Misunderstood, USA Today Claims, Then Deletes Tweets
“The newspaper said in a series of posts that pedophiles are likely born with a predisposition to be attracted to children and don’t have control over their sexual desires.”

* Journalism / Defamation
Was this defamation on the part of a publication, or fabrication on part of a reporter??
Ruth Shalit Barrett sues Atlantic for $1 million over retraction of viral article, allegations of inaccuracies
“Under that name, she had been accused of plagiarism multiple times. (In response to those incidents, she has said she made errors in attribution because of ‘carelessness’ and ‘sloppy work methods.’)”

* Libraries / Education
More indoctrination disguised as “inclusion.”
Drag Queen Story Hour For Children Comes To Church
“His message to the children was clearly not your typical children’s Bible story, but an agenda to indoctrinate vulnerable children with his Queer Theology.”

* Social Media
Is Facebook fostering radicals – and should social media companies be liable for posts by their users?
Facebook facing lawsuit over federal security officer’s California shooting death: reports
“‘As the lawsuit alleges, Facebook knowingly promoted inflammatory and violent content and connected extremists who plotted and carried out the killing of my brother,’ Jacobs said in a statement, according to the AP.”

* Journalism
Was NPR ever really any good?
Tucker Carlson: NPR is Destroying Itself from Within.
“If you have been living in America over the past year, you definitely had this experience: You wake up one morning and realize that some institution you grew up with, a group you once loved and trusted, has somehow changed completely. It’s not what you remembered, it’s unrecognizable. In fact, it’s now insane.”

* Publishing
I hope this is just the start of people waking up to the anti-Semitism in this country.
Neo-Nazi leader sentenced to 7 years for plot to intimidate Jews, journalists
“That plot involved sending posters that read ‘You have been visited by your local Nazis.’”

* Publishing / Cancel Culture
Harper Collins denies there was a signed contract
Sean Feucht claims he lost book deal with HarperCollins over ‘political views’
“Feucht responded to CP, alleging that ‘Harper Collins is trying to weasel out of their signed agreement.'”

Print FriendlyPer the 6/24/22 issue of WritersWeekly, quote one of the complaints about AuthorHouse. ***Please answer the trivia question using our contact form HERE. Do not post your answer in the comments section below.  You must be a WritersWeekly.com subscriber to participate in the weekly contests. Subscribe today. It’s free! NOTE: ONLY ONE WINNER PER HOUSEHOLD PER CALENDAR QUARTER, PLEASE. THIS WEEK’S PRIZE: A free print or ebook of your choice from Booklocker.com!           END_OF_DOCUMENT_TOKEN_TO_BE_REPLACED