“Geist is a magazine of ideas and culture with a strong literary focus and a sense of humour. The Geist tone is intelligent, plain-talking, inclusive and offbeat. Each issue represents a convergence of fiction, non-fiction, poetry, photography, comics, reviews, little-known facts of interest, cartography and the legendary Geist crossword puzzle.” Quarterly. Pays on publication. Publishes ms within 6 months of acceptance. Buys First N.A. Rights. No reprints. Responds within 6 months. Guidelines online.

Pays CAD $0.40/word, and a flat rate for poetry, photograph and art.

“The Cincinnati Review is a literary magazine published biannually out of the University of Cincinnati. Prose and poetry from our pages has appeared in anthologies including Best American Poetry, Best American Short Stories, Best American Essays, and others.” 100% Freelance. Welcomes new writers. Pays on publication. Publishes ms 3-6 months after acceptance. Guidelines online. 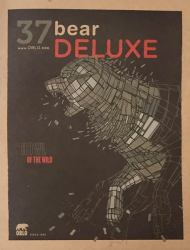 The Antioch Review, founded in 1941, is one of the oldest, continuously publishing literary magazines in America. We publish fiction, essays, and poetry from both emerging as well as established authors. Authors published in our pages are consistently included in Best American anthologies and Pushcart prizes. Finalist for National Magazine Award for essays in 2009 and 2011 and for fiction in 2010. We continue to serve our readers and our authors and to encourage others to publish the “best words in the best order.” Welcomes new writers. Responds in 4-6 months.

“The Puritan began in 2007 as an independently funded print journal dedicated to publishing fiction, essays, and interviews in Ottawa, Ontario, and was sold in bookstores across the city. In its early years, The Puritan was Ottawa’s only quarterly prose journal. After a brief hiatus, the magazine returned to publishing, now in the form of an online magazine run from Toronto. Since expanding its mandate to include poetry and reviews, The Puritan now seeks to publish the best in all forms of writing.” Welcomes new writers. Quarterly. Pays on publication. Publishes ms 1-3 months after acceptance. Buys First rights. No reprints. Responds in 1-4 months.

“The mission of The Baltimore Review, founded in 1996, is to showcase Baltimore as a literary hub of diverse writing, and promote the work of emerging and established writers from the Baltimore area, from across the U.S., and beyond. The BR publishes poetry, short stories, and creative nonfiction, and also sponsors two themed contests each year. We do not charge any fees for non-contest submissions.” Welcomes new writers. Quarterly. Pays upon publication. Buys first rights. No reprints. Responds within four months. Sample copies online. Guidelines online at https://baltimorereview.org/index.php/submit.

According to last week’s issue of WritersWeekly, before you can determine if your book is going to be successful, what do you have to define?? ***Please answer the trivia question using our contact form HERE. Do not post the answer in the comments section below.  You must be a WritersWeekly.com subscriber to participate in the weekly contests. Subscribe today. It’s free! NOTE: ONLY ONE WINNER PER HOUSEHOLD PER CALENDAR QUARTER, PLEASE. THIS WEEK’S PRIZE: A free print or ebook of your choice from Booklocker.com!         END_OF_DOCUMENT_TOKEN_TO_BE_REPLACED