WritersWeekly Whispers and Warnings for 02/22/2018 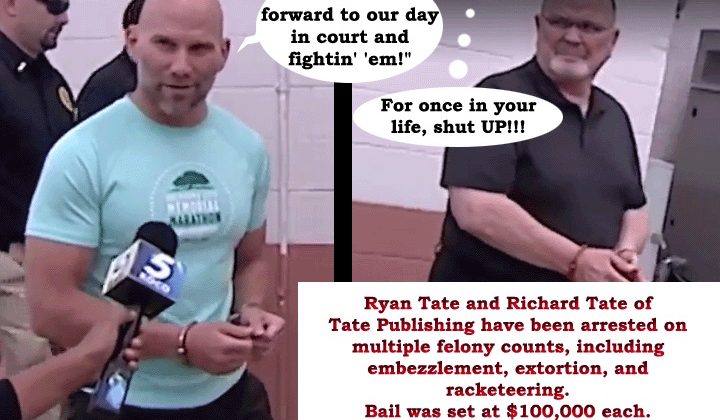 Hearing delayed for Oklahoma publishers on felony charges
“Spokeswoman Terri Watkins for the Oklahoma attorney general’s office says the preliminary hearing scheduled Wednesday for father and son, Richard Tate and Ryan Tate is now scheduled for May 16. The attorney general’s office has said nearly 1,900 complaints were filed by the end of the year and Watkins told The Oklahoman that complaints are still being filed.”

Why don’t they move these employees to other operations?

Amazon is laying off hundreds of corporate employees
“The Seattle Times, citing a person familiar with the cuts, said Monday that the e-commerce giant will cut several hundred jobs at its headquarters in Seattle as well as hundreds of more elsewhere in Amazon’s global operations.”

All contracts should have an “out” clause for all parties involved.

Yiannopoulos Drops Lawsuit Against Simon and Schuster
“After the deal was struck, S&S was dogged by accusations—coming from factions within the media, as well as the publishing industry itself—that it was giving a major platform to a person responsible for hate speech.”

Do You Trust the NYT Bestseller List?
“Close to 99% of the books published this year are not even eligible to make any of the New York Times bestseller lists no matter how many copies they sell because their sales data is unavailable to the NYT.”

At BookLocker.com we sell THOUSANDS of ebooks each month. Maybe Hachette is doing it wrong…

‘Ebooks are stupid’, says head of one of world’s biggest publishers
“We’ve tried apps, websites with our content – we have one or two successes among a hundred failures.”

How many more small and large businesses will fail because of this monopoly?

It’s Time to Break Up Amazon
“Amazon is a radically new kind of monopoly that seeks to control all of online commerce. Stacy Mitchell says it’s time for antitrust action to separate the Amazon Marketplace from Amazon’s own retail operations.”

Print FriendlyPer last week’s issue of WritersWeekly, when interviewing hostile news story interviewees, what should you tell them? ***Please answer the trivia question using our contact form HERE. Do not post your answer in the comments section below.  You must be a WritersWeekly.com subscriber to participate in the weekly contests. Subscribe today. It’s free! NOTE: ONLY ONE WINNER PER HOUSEHOLD PER CALENDAR QUARTER, PLEASE. THIS WEEK’S PRIZE: A free print or ebook of your choice from Booklocker.com!           END_OF_DOCUMENT_TOKEN_TO_BE_REPLACED