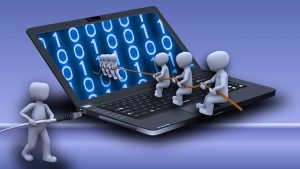 Swedish “No-Go” zones for journalists??
Left Wing Swedish Newspaper Journalist Attacked in ‘No Go Zone’
“Police told the man that no patrols were available to help him and that he would have to get to the hospital on his own.”

Scammers posing as a publishing company.
‘Juno Publishing’ scam targets job seekers
” Job seekers should beware of an fraudulent email that claims to be from a company called Juno Publishing Limited.”

Print FriendlyAccording to last week’s issue of WritersWeekly, what percentage of consumers in 2020 claimed they’d like to see more video content from brands? ***Please answer the trivia question using our contact form HERE. Do not post your answer in the comments section below.  You must be a WritersWeekly.com subscriber to participate in the weekly contests. Subscribe today. It’s free! NOTE: ONLY ONE WINNER PER HOUSEHOLD PER CALENDAR QUARTER, PLEASE. THIS WEEK’S PRIZE: A free print or ebook of your choice from Booklocker.com!           END_OF_DOCUMENT_TOKEN_TO_BE_REPLACED