Ebook sales DOWN again!; Regrettable rejections in publishing history; Amazon subtly manipulating your buying choices?; AND MUCH MORE! – Whispers and Warnings for 09/04/19 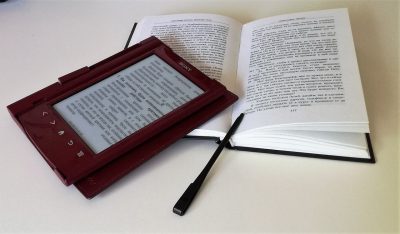 WOW! Photoshopping a minor’s head onto a nude body can get you into BIG trouble!!
Billie Eilish, 17, slams topless, bald photoshopped image used by mag without her permission
“Billie Eilish is upset with Nylon Germany for using her image in an odd cover photo that depicts her as a bald, topless, cyborg-like person. The 17-year-old singer was featured on the magazine’s cover highlighting ‘digital prodigies.'”

Amazon has FAR too much control over the retail industry already!!
Bibliotheca Calls Out Amazon for Meddling in the Library E-book Market
“‘There is only one company that has access to readers’ digital retail purchases as well as users’ digital library borrowing habits,’ wrote Biblotheca’s Tom Mercer in a message to librarians, ‘and that is Amazon.'”

Aggressive Amazon tactic pushes you to consider its own brand before you click ‘buy’
“Amazon has introduced a feature that pitches its own private-label brands right before customers add rival products to their shopping carts, illustrating the e-commerce giant’s power on the country’s dominant online retail site.”

The Amazon Publishing Juggernaut
“What does the e-commerce giant want with the notoriously fickle world of publishing? To own your every reading decision.”

Ebook sales KEEP DROPPING!
Publisher E-Book Revenue Decreased In First Half Of 2019
“A familiar story is told by recent statistics released by the Association of American Publishers: e-book revenues continue to decrease for many in the industry.”

Audiobook and print sales UP; Ebook sales DOWN.
US publishers’ revenues up 6.9%
“Revenues from US publishers have increased 6.9% to nearly $6 billion for the first six months of 2019, with growth in all categories apart from e-books…”

First florists and bakers…and now movie makers! How much you wanna bet book publishers are next?!
Can a State Rewrite a Movie Script?
“You’ve heard about state officials who try to compel florists or bakers to violate their religious beliefs and participate in same-sex weddings. In Minnesota the state claims the authority to do the same to filmmakers.”

A very entertaining read!
From Animal Farm to Catch-22: the most regrettable rejections in the history of publishing
“Faber is being urged to make amends for turning down George Orwell’s novella in 1944. But it is far from the only publisher to miss out on a future bestseller…”

HAVE A COMMENT ABOUT ANY OF THESE STORIES? PLEASE USE THE COMMENTS BOX BELOW!

One Response to "Ebook sales DOWN again!; Regrettable rejections in publishing history; Amazon subtly manipulating your buying choices?; AND MUCH MORE! – Whispers and Warnings for 09/04/19"

Print FriendlyAccording to Angela in last week’s issue of WritersWeekly, what happened AGAIN?! ***Please answer the trivia question using our contact form HERE. Do not post your answer in the comments section below.  You must be a WritersWeekly.com subscriber to participate in the weekly contests. Subscribe today. It’s free! NOTE: ONLY ONE WINNER PER HOUSEHOLD PER CALENDAR QUARTER, PLEASE. THIS WEEK’S PRIZE: A free print or ebook of your choice from Booklocker.com!           END_OF_DOCUMENT_TOKEN_TO_BE_REPLACED