Media was wrong reporting on “legal euthanasia” of teen; Vet suing author and unknown publisher over his life story; Amazon questioned about “competing” on its own platform, and much more! Whispers and Warnings for 06/06/19 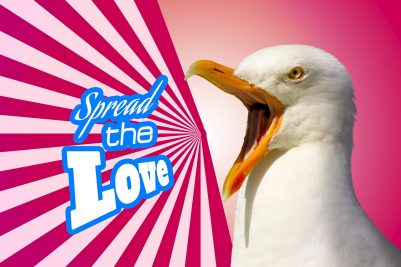 Did you read this week about the teenager who died from legal euthanasia? She did NOT. It was suicide.
Death of Dutch Teenage Author Sets Off Media Flurry, and Corrections
“On Sunday, when her sister announced that the teenager, Noa Pothoven, had died at 17 on Sunday morning — without revealing where or how — the story ricocheted and metastasized around the globe, spurring an outpouring of condolences on social media and setting off debates about the nature of the Dutch law on euthanasia and the spread of misinformation.”

The LAMEST excuse for data mishandling EVER!
Facebook on Wednesday reportedly argued that it didn’t violate users’ privacy rights because there’s no expectation of privacy when using social media.
“The company’s data-handling practices have been called into question in the wake of the 2018 Cambridge Analytica scandal, during which personal information on up to 87 million Facebook users was improperly accessed.”

Did the author get tired of the project or did he just kick this poor guy to the curb?
Well-known World War II vet Woody Williams sues author, publisher over book
“Hershel ‘Woody’ Williams, a Word War II veteran and Medal of Honor recipient, is suing an author and unknown publisher to stop a book being published about his life that he believes is inaccurate and could harm his reputation. He claims in 2015, he met Rigg while accompanying other veterans on a tour of Guam and Iwo Jima and had several conversations with him over the years about the possibility of collaborating for a book…”

No shocker here…
Press freedom in ‘downward spiral’ across the world
“Press freedom is declining around the world, with democratic governments joining authoritarian regimes in seeking to suppress independent journalism, a human rights watchdog said Wednesday.”

Even our local paper seems to pull most of their news from the major news services
Laid-off reporters launch project to ‘Save Journalism’
“The newly founded nonprofit estimates 2,400 journalists lost their jobs in 2019 so far. It also estimates 1,300 communities lost local news coverage in the last 15 years, with 60 percent of the nation’s counties without a daily newspaper and 171 with no newspaper coverage at all.”

I love reading historical stories about the industry
‘Poisonous thorns’: The times Abraham Lincoln got mad — like, really mad — at the Chicago Tribune
“How, in God’s name, do you let such paragraphs into the Tribune?” he furiously scribbled in Springfield on June 27, 1858, firing off a gruff note to Charles H. Ray, the editor-in-chief of the Chicago Press & Tribune, then in business for only 11 years.

I hope they look at Amazon’s actions with regards to publisher and authors! Does this SOUND FAMILIAR?
3 Parts of Amazon’s Business That Antitrust Regulators Are Looking At
“Amazon has been getting criticized for competing on its own platform. The e-commerce giant continues to launch a growing number of private-label brands, which now total around 120. The conflict of interest is particularly fraught when you consider the company’s booming advertising business…”

Here’s a book I’d like to read!
‘Theodore Roosevelt For The Defense’ Makes A Libel Case Into Gripping Reading
“Relying on transcripts and newspaper accounts of the case, Abrams and Fisher tell the story of the trial from jury selection to its verdict. The reader learns about the lawyers involved: Barnes was represented by the ‘flamboyant’ and hyperconfident William M. Ivins, while Roosevelt hired an ‘unflappably cool customer’ of an attorney named John M. Bowers. The two lawyers would spar, sometimes bitterly, over the course of the trial.

Calling a quote a “joke” after the fact isn’t going to hold up in court. I believe current libel law would cover this.
Trump Calls for Changes to Libel Laws After Columnist Attributes Fake Quote to President
“Libel laws in the United States apply differently to public figures as opposed to private citizens. For a public figure to win a defamation claim, it isn’t enough to prove that a statement is false. The public figure also has to prove that the party that made the false claim has malicious intent, a tough legal standard to substantiate in court.”

The paper was awarded legal fees.
Texas Supreme Court tosses out libel lawsuit against Dallas Morning News
“Media outlets that accurately report allegations made by a third party about matters of public concern can assert the truth as a defense,” the Supreme Court decision said. What’s important from a broader First Amendment perspective, Leatherbury said, is that “a newspaper can’t be sued for reporting accurately on court proceedings.”

Huge eye roll… I wonder if he drives a really big truck? Heh…
Todd Levitt, “Badass Lawyer,” Loses a Third Libel-Related Appeal (with an Emotional Distress Claim)
“In the first, he sued a CMU student who created a parody of his Twitter feed…”