Amazon giving up its own buy button to other firms?! Whispers and Warnings for 05/18/2017 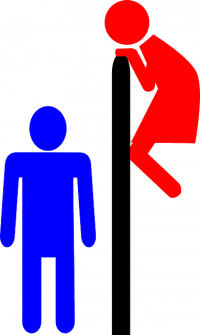 No more “sold by Amazon” option for books…and no more “free Prime shipping?”

New Amazon Buy Button Program Draws Ire of Publishers, Authors
“A new program from Amazon is drawing a range of reactions from those across the publishing industry, from fear to downright anger. The e-tailer has started allowing third-party book re-sellers to “win” buy buttons on book pages. The program, publishers, agents, and authors allege, is discouraging customers from buying new books, negatively affecting sales and revenue.”

North Texas Man Sues Amazon Over ‘Incredible Breach’
“Tsanacas has filed a lawsuit against Amazon.com and Chris Leath, an employee he accuses of accessing and distributing his private and confidential information to a woman Tsanacas he was dating.”

Are we seeing an Amazon business pattern here??

LTL carrier sues Amazon Fulfillment over contract breach, ‘bullying’
“According to the lawsuit, Amazon ‘bullied’ the company by attempting to force Central Freight into accepting unagreed-to billing and procedure changes, and allegedly falsely claimed Central Freight was overcharging for services.”

Can you be sued for calling your city officials crooks? Apparently so…

City of Ashland to provide up to $5,000 for defamation suit
“In the lawsuit, Moore listed statements made on The Ambassador’s Facebook page his plaintiffs believe are libelous, including accusations of law breaking and corruption.”

Is this sensibly protecting children or is it censorship?

School district pulls suicide book ‘Thirteen Reasons Why’
“As a Colorado community mourns the loss of seven students who recently killed themselves, a school district official ordered librarians to temporarily stop circulating a book that’s the basis for Netflix’s popular new series ’13 Reasons Why,’ which some critics say romanticizes suicide.”

Does posting free videos on Youtube hurt sales of the fee-based ones?

“The Tennessean reported on Thursday that the legal issue called in question whether free videos on YouTube devalue a creator’s paid content.”

If she really did this, she deserves to face the consequences

Local NBC reporter facing jail time for violating judge’s courtroom rules during ‘Bachelor’ Chris Soules’ hearing
“A reporter is facing the threat of jail time after allegedly violating a judge’s order not to take video of ‘The Bachelor’ star Chris Soules appearing in court in his hit-and-run case.”

Print FriendlyPer the 6/24/22 issue of WritersWeekly, quote one of the complaints about AuthorHouse. ***Please answer the trivia question using our contact form HERE. Do not post your answer in the comments section below.  You must be a WritersWeekly.com subscriber to participate in the weekly contests. Subscribe today. It’s free! NOTE: ONLY ONE WINNER PER HOUSEHOLD PER CALENDAR QUARTER, PLEASE. THIS WEEK’S PRIZE: A free print or ebook of your choice from Booklocker.com!           END_OF_DOCUMENT_TOKEN_TO_BE_REPLACED