WritersWeekly.com Whispers and Warnings for 04/19/18 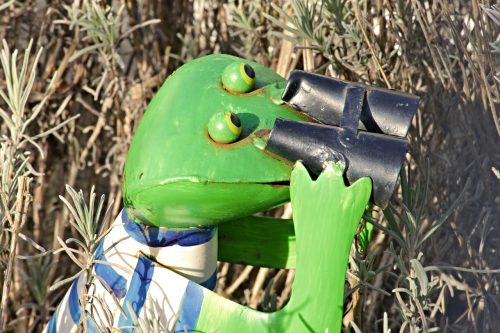 Amazon Employees Afraid to Take Bathroom Breaks?
Several Amazon workers ‘have considered suicide since joining the company’, poll reveals while warehouse staff claim they have urinated into bottles because they’re afraid of ‘time-wasting’
“James Bloodworth, who worked ten-hour shifts at a warehouse in Rugeley, Staffordshire, claimed staff were peeing in bottles because they were scared of getting in trouble for taking toilet breaks.”

Olivia deHaviland Loses Suit Against Against FX
Olivia de Havilland’s lawsuit against ‘Feud’ creators gets tossed: She ‘does not own history’
“Whether a person portrayed in one of these expressive works is a world-renowned film star — ‘a living legend’ — or a person no one knows, she or he does not own history”

Print FriendlyPer last week’s issue of WritersWeekly, what is one reason a freelancer might get sued? ***Please answer the trivia question using our contact form HERE. Do not post your answer in the comments section below.  You must be a WritersWeekly.com subscriber to participate in the weekly contests. Subscribe today. It’s free! NOTE: ONLY ONE WINNER PER HOUSEHOLD PER CALENDAR QUARTER, PLEASE. THIS WEEK’S PRIZE: A free print or ebook of your choice from Booklocker.com!           END_OF_DOCUMENT_TOKEN_TO_BE_REPLACED