Amazon’s on a Digital Book Burning Spree – Could YOUR Book Be Next? Whispers and Warnings for 04/10/19 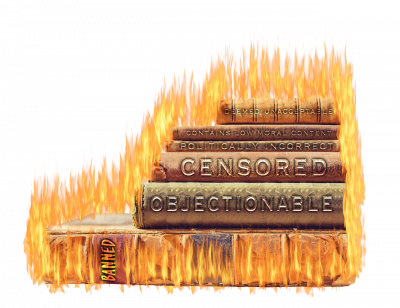 Could YOUR book be next?
Amazon Is on a Digital Book Burning Spree
“As with financial blacklisting, a censorship spree that starts by targeting extreme ideas quickly moves towards the censorship of more mainstream ones.”

TRASH FOR SALE!
National Enquirer Is Put Up for Sale in Wake of Bezos Scandal
“Bezos, head of Amazon.com Inc., also has knocked American Media for its ties to Saudi Arabia. Around the time of Crown Prince Mohammed bin Salman’s visit to the U.S. a year ago, American Media produced a nearly 100-page glossy magazine celebrating the country as ‘The New Kingdom.’ Bezos questioned whether critical coverage of Saudi Arabia by his newspaper, the Washington Post, might have spurred the publisher to retaliate against him.”

Small press accused of not paying author royalties
Curbside Splendor Under Fire by Authors, Goes On Publishing Hiatus
“I ran out of money. I lost my personal life savings,” he said, “”I could have declared bankruptcy, but I am paying off royalties as I can and I am almost caught up. But I had to cancel a few contracts due to cash flow.”

Public figures shouldn’t be a free-for-all for journalists
Justice Clarence Thomas Stirs Up a First Amendment Squabble Over Libel Law
“Some kind of chilling effect is not the worst idea, because it reduces the risk that falsehoods will destroy people’s reputations,” Harvard Law School professor Cass Sunstein wrote in a Bloomberg opinion column. “And in this context, the idea of democracy is a double-edged sword. If a speaker lies about a politician, and destroys her reputation in the process, democracy is not exactly well-served.”

#MeToo movement is leading to lawsuits against accusers…and countersuits.
What’s one big reason Utah is seeing more libel lawsuits? The #MeToo movement.
“Professor Randy Dryer said it’s not surprising that some of those accused of inappropriate actions would sue, or threaten to sue. But what’s been surprising, he said, is the uptick in women who are filing lawsuits against their alleged perpetrators if the accused fires back by calling her a liar.

This is RIDICULOUS! Do consumers really fall for this stuff?
According to Amazon’s new horoscopes, the stars want you to go shopping
“Prime members get monthly horoscope readings paired with suggestions to spend more money on Amazon products.”

If taxpayers pay for it, shouldn’t it be in the public domain?
Can the Law be Copyrighted?
“Is it possible to copyright the law or text that carries the weight of law? Because laws and codes are often written by private individuals or groups instead of legislators, what rights do they continue to have over their work?”

If a hosting service knows about copyright infringement by a customer, should they be liable?
Man behind ebook piracy site Ebook.bike asks to be sued, is being sued
“When the site was called out last month by authors, McCrea acted rationally by bragging that ‘trolling you gets you to post links of my website to your fans and we have hit 10K additional unique visitors this week…’”

KARMA! Some college essay providers blackmailing, extorting college students who cheat.
Buying College Essays Is Now Easier Than Ever. But Buyer Beware
“Even worse, when he complained to the company and demanded his money back, they resorted to blackmail. Still believing him to be a student, the company threatened to tell his school he was cheating. Others say companies have also attempted to shake down students for more money, threatening to rat them out if they didn’t pay up.”

PLEASE SHARE YOUR THOUGHTS ON ANY OF THESE STORIES IN THE COMMENTS BOX BELOW! 🙂 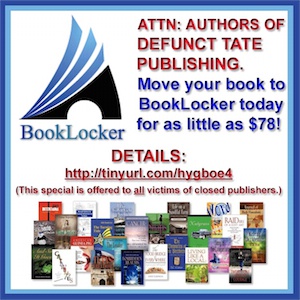 Print FriendlyPer last week’s issue of WritersWeekly, when interviewing hostile news story interviewees, what should you tell them? ***Please answer the trivia question using our contact form HERE. Do not post your answer in the comments section below.  You must be a WritersWeekly.com subscriber to participate in the weekly contests. Subscribe today. It’s free! NOTE: ONLY ONE WINNER PER HOUSEHOLD PER CALENDAR QUARTER, PLEASE. THIS WEEK’S PRIZE: A free print or ebook of your choice from Booklocker.com!           END_OF_DOCUMENT_TOKEN_TO_BE_REPLACED