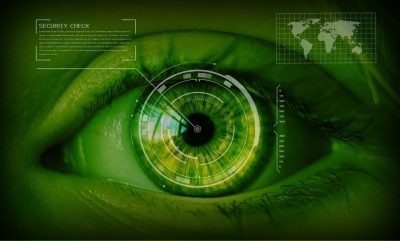 Suicide Threats Inside Amazon
‘Colony of Hell’: 911 Calls From Inside Amazon Warehouses
“Dozens and dozens of times over five years, calls were made from Amazon warehouses to 911 dispatchers about men and women on the brink.”

Are Your Social Media Photos Being Scanned?
Facial recognition’s ‘dirty little secret’: Millions of online photos scraped without consent
“Increasingly, those photos are coming from the internet, where they’re swept up by the millions without the knowledge of the people who posted them, categorized by age, gender, skin tone and dozens of other metrics, and shared with researchers at universities and companies.”

Former Canadian Politician/Author Facing Defamation Suits
Patrick Brown book not defamatory because its contents are true, publisher claims
“The statements at issue in the lawsuit “constitute responsible communication on matters of public interest,” including Brown’s resignation as Tory leader and the appointment of a new leader…”

BLOGGERS BEWARE: Re-writing “News” Can Get You Sued…for Libel

Print FriendlyPer last week’s issue of WritersWeekly, when interviewing hostile news story interviewees, what should you tell them? ***Please answer the trivia question using our contact form HERE. Do not post your answer in the comments section below.  You must be a WritersWeekly.com subscriber to participate in the weekly contests. Subscribe today. It’s free! NOTE: ONLY ONE WINNER PER HOUSEHOLD PER CALENDAR QUARTER, PLEASE. THIS WEEK’S PRIZE: A free print or ebook of your choice from Booklocker.com!           END_OF_DOCUMENT_TOKEN_TO_BE_REPLACED