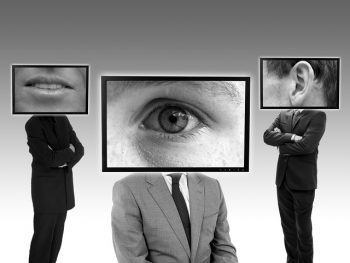 Uh-Oh!! Alexa is a snitch!
Amazon appears to give up fight for Alexa’s First Amendment rights after defendant hands over data
“Amazon … argued against providing communication data, claiming that voice interactions with Alexa were protected by the First Amendment.”

Anti-semetic threats allegedly made by formal journalist.
Former journalist arrested, charged with threats against Jewish facilities
“Thompson — whose Twitter page is full of rants about white people and President Trump — was charged with cyberstalking and is accused of communicating at least eight threats to Jewish Community Centers…”

Class action suit alleges Amazon made unauthorized debits.
Amazon hit with class action over alleged wrongful debits for Prime memberships.
“The complaint said (the plaintiff) contacted Amazon and demanded they refund the money and cancel the membership. She alleged Amazon agreed to do so. However, the lawsuit said Amazon again deducted $99 from her account on Sept. 30, and has yet to refund the money…”

Best selling author harassed at a high school speech.
Highland Park HS apologizes after students troll guest speaker
“During Ford’s speech, he said the students began clapping and cheering for no apparent reason when he tried to talk, drowning him out. They even cheered at the topic of his book – the incarceration of Japanese during World War II.”

Print FriendlyPer last week’s issue of WritersWeekly, when Angela found the unique carrot, what did she suggest to the pastor? ***Please answer the trivia question using our contact form HERE. Do not post your answer in the comments section below.  You must be a WritersWeekly.com subscriber to participate in the weekly contests. Subscribe today. It’s free! NOTE: ONLY ONE WINNER PER HOUSEHOLD PER CALENDAR QUARTER, PLEASE. THIS WEEK’S PRIZE: A free print or ebook of your choice from Booklocker.com!           END_OF_DOCUMENT_TOKEN_TO_BE_REPLACED