Screenwriting Success When Hollywood Is NOT Buying – by Mark Heidelberger 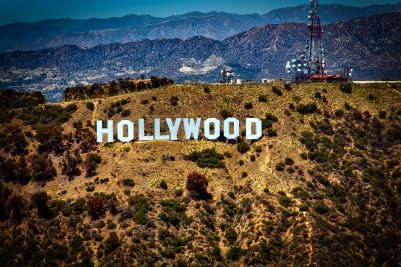 Finding a foothold in the ultra-competitive world of professional screenwriting has always been difficult, what with all the barriers to entry that Hollywood erects. But, throw in a pandemic and it may seem next to impossible. Productions have largely shut down while they decide the safest ways to resume. Talent are wary to accept new roles until they know the status of projects they accepted months ago. Insurance companies are scrambling to figure out affordable policy options that limit their liability. And, the entire future of filmmaking as we know it somehow seems questionable – especially the scope and scale of productions, from cast, to crew, to crowd scenes.

However, like every dark cloud, there’s a silver lining, and COVID-19 is no exception. The pandemic has opened up certain opportunities if one knows where to look, and how to capitalize. Here are just a few ways up-and-coming screenwriters can not only navigate this unprecedented time, but use it to their advantage.

Writing is Rewriting
Screenwriters are often anxious to get their latest material to producers, agents, and actors. And, using an unexpected furlough or period of unemployment to write can be a productive endeavor. However, instead of rushing out a new script, revisit some of your older material, and determine whether it might benefit from further development. The tightest scripts have been rewritten many times over so use this downtime to make your best material even better.

Virtual Collaboration
For those who are writing with partners, but still want to maintain social distancing measures, many of the most recent screenwriting programs (including Final Draft 11, Fade In, and WriterDuet have quarantine-defying features, like real-time collaboration, that allow multiple writers to edit the same script document at the same time, from different locations. Moreover, some programs, like Celtx, are completely cloud-based, allowing access to the material from anywhere.

Story Subjects
Production companies are always looking for material that speaks to the world we live in now. As such, many execs are calling for scripts that showcase our “new normal.” That doesn’t mean the story has to be about a pandemic specifically (although it could), but rather features relevant elements like social distancing, mask-wearing, vaccinations, and video-conferencing, which have all become a hallmark to post-COVID living. A fresh take on such things might just garner real attention.

Project Parameters and Logistics
Industry task forces have been assessing what filming should look like when it restarts. The consensus has been that smaller scale films with lower budgets, more contained locations, smaller crews, and less crowd scenes are likelier to get greenlit until a viable vaccine is created, especially with the added time and cost of COVID-proofing sets. Therefore, companies will be more willing to look at original material from indie writers who specialize in this world since the investment risk on these films will also be lower.

Open Reading Time
Sheltering in place has left producers and executives with a lot of free time, much of which they’re using for reading. Content creators may not be shooting yet but they’re still scouring the filmosphere in the hopes of discovering new material that they can launch upon a return to normalcy. In fact, many believe that, when things do resume, studios will want more material than ever to fill the void of fresh content that’s occurred over the last several months.

Online Opportunities
The film industry has always been quick to innovate, especially when faced with technical challenges. And, its rapid shift to online marketplaces and events is no exception. New opportunities to showcase scripts like Imagine Impact have emerged, while existing ones like The Black List and Script Revolution have seen increased traffic. In addition, festivals, markets, and script competitions from Cannes and AFM on down have gone virtual, allowing fledgling writers to save a little dough while still playing the field.

Mark Heidelberger began writing professionally in 2009 and has since had more than 1,200 articles published online and in print. He specializes in travel, entertainment, finance, tech and business-related content. His work has appeared in a diverse array of publications, including USA Today, AZ Central, Houston Chronicle, LA Examiner, The Nest Woman, Livestrong, Dollar Stretcher and the Global Business Centers blog. He has worked as a film and TV producer for 20 years, served as a literary manager for eight years, and has also ghostwritten or rewritten numerous feature film screenplays.

Print FriendlyPer last week’s issue of WritersWeekly, when Angela found the unique carrot, what did she suggest to the pastor? ***Please answer the trivia question using our contact form HERE. Do not post your answer in the comments section below.  You must be a WritersWeekly.com subscriber to participate in the weekly contests. Subscribe today. It’s free! NOTE: ONLY ONE WINNER PER HOUSEHOLD PER CALENDAR QUARTER, PLEASE. THIS WEEK’S PRIZE: A free print or ebook of your choice from Booklocker.com!           END_OF_DOCUMENT_TOKEN_TO_BE_REPLACED