Be Prepared to BE SCARED!!! 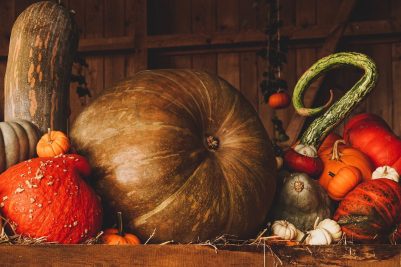 We are all knee-deep in Halloween Hysteria right now. It’s our favorite time of the year, despite the fact that the temperatures are still in the mid- to upper-80s here in Florida. We’re hoping for a cool front before the big day.

We met at Spirit Halloween last week to “push all of the buttons.” (Those of you who have been there know what I mean.) We kept the grandbabies far away from the monsters!!

Max got his Halloween costume while Mason got part of his. I had to take him to the Army Navy Store one day this week for something else and he sent me some links online for some accessories. I finally had to cut him off, telling him this is THE most expensive costume in the family’s history and that he has to wear it for at least two years in a row.

On October 30th, we’ll be volunteering to hand out candy at the church’s annual Trunk or Treat, which serves the entire neighborhood. I’ve never done that before and, when I filled out the volunteer form, it asked for the “theme” of our vehicle. I had to Google it. I had NO idea! We decided on a “graveyard” theme, and bought a green tablecloth (grass), a bag of skeleton bones (cheaper than buying a plastic skeleton and less labor since I would not have to dismember him or her), some foam tombstones, and a cardboard casket. It’ll be a HOOT!!

On Halloween night, we’ll go to the busiest neighborhood in the city. While the boys are too old for Trick or Treating, we all always dress up to protect ourselves from the ghostly spirits who will be roaming that night. We are SO excited!!

Next week, we’ll be announcing the winners of the Fall, 2020 24-Hour Short Story Contest! Be prepared to be SCARED!! 😉

One Response to "Be Prepared to BE SCARED!!!"

Print FriendlyPer the 6/24/22 issue of WritersWeekly, quote one of the complaints about AuthorHouse. ***Please answer the trivia question using our contact form HERE. Do not post your answer in the comments section below.  You must be a WritersWeekly.com subscriber to participate in the weekly contests. Subscribe today. It’s free! NOTE: ONLY ONE WINNER PER HOUSEHOLD PER CALENDAR QUARTER, PLEASE. THIS WEEK’S PRIZE: A free print or ebook of your choice from Booklocker.com!           END_OF_DOCUMENT_TOKEN_TO_BE_REPLACED