Permanent “Work at Home” for Microsoft Employees; Justice Department Suing Author; A Win for Public Information Release; and MORE – …In the News 10/15/2020 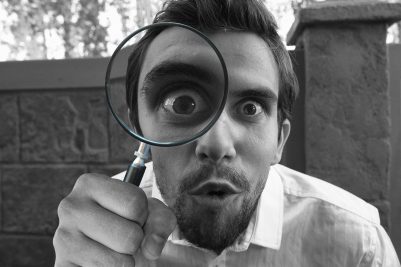 The “New Normal”
Microsoft adopts ‘hybrid workplace’ that will let more employees work from home permanently
“Flexibility can mean different things to each of us, and we recognize there is no one-size-fits-all solution given the variety of roles, work requirements and business needs we have at Microsoft.”

How NOT to Improve your Business’ Online Reputation!
Police: Brutal Yelp Reviews Prompted Attack
“Incensed over a pair of scathing reviews on Yelp, the owner of a Florida BBQ joint last night allegedly physically attacked his suspected online critic, according to cops who arrested the restaurateur.”

If You are Writing About Someone in Government, you’d Better Study up on NDA’s and Information Control practices
Justice Department files complaint against Melania Trump’s ex-friend over tell-all book
“Wolkoff’s relationship with the first lady unraveled, prompted by the amount of money Wolkoff and her events firm allegedly pocketed during the planning and execution of the inauguration, according to CNN.”

2012 Flashback
Ex-Biden aide pens angry tell-all
“Connaughton wrote ‘The Payoff,’ which came out last month, in the fashion of guilt-racked whistle-blower: he was a party to a corrupt system and now wants to blow the lid off the game.”

Did This Newspaper Violate Unemployment Laws?
Photographer sues Aspen Daily News over alleged unemployment ‘scheme’
“’The employees were threatened that they would lose their jobs and would not be rehired if they did not submit to the scheme,’ said the suit.

Texas City Loses Public Information Case
Judge rules in favor of Odessa American in lawsuit
“It’s unfortunate the city of Odessa is spending precious taxpayer money, especially during this pandemic when resources are needed for other purposes, to fight in court against a foundation of our democracy — the public’s ability to seek and obtain government information…”

If you manipulate information posted by others, you ARE the publisher of that information.
Clarence Thomas Thinks It Should Be Easier to Sue Online Platforms
“No provider or user of an interactive computer service shall be treated as a publisher or speaker of any information provided by another information content provider.”


DO YOU PAY WRITERS? We'll post your ad for free (provided you pay respectable wages). Send your ad to Angela here: http://www.writersweekly.com/contact.php