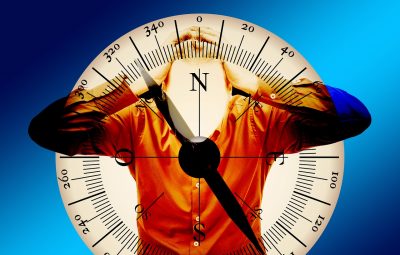 What a MORON!
Jeffrey Toobin suspended from New Yorker, on leave from CNN, after he exposed himself on Zoom call
“During a pause in the call for breakout discussions, Mr. Toobin switched to a second call that was the video-call equivalent of phone sex, according to the two people familiar with the call, who spoke on the condition of anonymity.”

That website needs to be SHUT DOWN!
Publisher Lawsuit Against Internet Archive Puts Future of Book Ownership In Question
“A federal lawsuit against the National Emergency Library is raising questions about digital ownership in 2020 as major publishers seek to redefine what it means to own that book you’re reading.”

BLATANT copyright infringement!
A New Home Online for Closed College Libraries?
“The Internet Archive took more than 70,000 of Marygrove’s books and journals to the San Francisco Bay Area, where it is preserving them and digitizing them.”

A contract is a contract. You can’t back out for “no reason” without getting SUED.
Dungeons & Dragons Publisher Sued by Dragonlance Co-Writers Over Scrapped Book Trilogy
“After a manuscript had been turned in for the first book and and substantial work on a second planned book was underway, Wizards of the Coast told the pair they would not any new drafts of the book or subsequent work on the trilogy in August 2020. This, according to the lawsuit, effectively terminated Wizards of the Coast’s contract with Weis and Hickman, with no reason given for the termination.”

It just might take an entire day to vote! We’re packing drinks and snacks for the long wait we’re expecting. But, should they get PAID for that time off?
Amazon workers threaten to shut down warehouses if employees don’t get a day off to vote.
“Workers at Amazon are calling on groups around the country to help shut down Amazon warehouses temporarily on Halloween if the company does not give all its employees a paid day off to vote.”

Libel can cost more than you think!!
Reputation Repair Service Costs as Measure for Damages in a Libel Case
“Dinkins also attaches estimates from ReputationX and DMA, both of which perform search-engine optimization to suppress negative online content and promote positive articles. DMA charges $18,000 per month for an indeterminate number of months, and caters to ‘celebrities’ and ‘professional athletes.'”

Using copyright law to eliminate criticism?
An ed-tech specialist spoke out about remote testing software — and now he’s being sued
“Then, in early September, Linkletter got an unexpected call from a reporter at the Vancouver Sun. Proctorio was suing him for tweeting the videos, as well as a screenshot of its website — the company claimed he’d infringed its copyright and distributed confidential material.”

Print FriendlyPer last week’s issue of WritersWeekly, when Angela found the unique carrot, what did she suggest to the pastor? ***Please answer the trivia question using our contact form HERE. Do not post your answer in the comments section below.  You must be a WritersWeekly.com subscriber to participate in the weekly contests. Subscribe today. It’s free! NOTE: ONLY ONE WINNER PER HOUSEHOLD PER CALENDAR QUARTER, PLEASE. THIS WEEK’S PRIZE: A free print or ebook of your choice from Booklocker.com!           END_OF_DOCUMENT_TOKEN_TO_BE_REPLACED