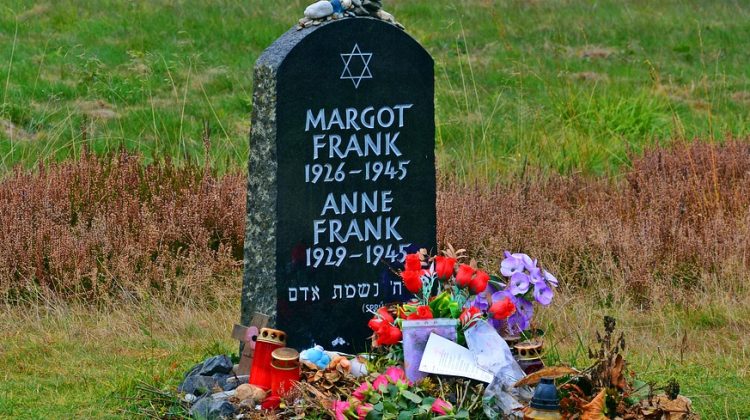 *Publishing News
Before she was famous…
Stacey Abrams Romance Novels set to be Reissued
“The former progressive Democratic nominee who lost Georgia’s 2018 gubernatorial election began writing romance novels before ever running for elected office. Going by the pen name Selena Montgomery, Abrams wrote the three books set to be reissued, Rules of Engagement, The Art of Desire, and Power of Persuasion, in the early 2000’s.”

*Cancel Culture
Anne Frank was a “Colonizer” According to Racist Colorado Socialist Group
Communist Group Touts Plans to Burn Anne Frank’s Diary, Calls her ‘Bleach Demon’
“‘Colonizers have enslaved, genocided, ate, tortured, and oppressed us for centuries, but get mad when we say we’re going to “burn” a yt girl’s diary,’ they wrote.”

*Amazonannigans
Another Bezos Oddity…
How Jeff Bezos Outflanked the National Enquirer
“Jeff Bezos made headlines back in 2019 when he posted on Medium that he had been having an affair with a married TV journalist and that he was writing about it because the National Enquirer had photos and was trying to blackmail him.”

Outing the Victim Can Have Legal Consequences
Author Pat Conroy’s stepdaughter sues publishers for outing sexual abuse
“The stepdaughter of Pat Conroy, a well-known American author, is suing two authors and two publishing companies for outing her sexual abuse by her biological father without seeking her consent. She’s suing Michael Mewshaw, Counterpoint Press, Bernie Schein, and Skyhorse Publishing, Inc. Both books name Emily Conroy as the victim of Fleischer’s abuse and give graphic details of the abuse.”

A Private Letter is NOT Fair Game for the Media
Duchess Meghan wins final copyright claim in tabloid lawsuit over letter to her estranged father
“For these outlets, it’s a game. For me and so many others, it’s real life, real relationships, and very real sadness. The damage they have done and continue to do runs deep,” Meghan said in her statement.

Just Because Someone is a Lawyer Doesn’t Mean Her or She is Smart
Lawyer Loses Libel Lawsuit Over Newspaper Report of His Suspension for “Impersonation”
“The plaintiff [Joseph S. Elder] is an attorney …. The disciplinary action [against him] arose from two phone calls made in 2004, during which, according to the Office of Disciplinary Counsel, the plaintiff misrepresented his identity to an individual he later discovered to be a police officer…”

Parents, Please Teach Your Children to NOT Do Stupid Stuff Just to Get Attention
Snapchat Can Be Sued Over Role In Fatal Car Crash, Court Rules
“The messaging app does apply a ‘DON’T SNAP AND DRIVE’ warning to the filter and its terms of service caution users to ‘never put yourself or others in harm’s way just to capture a Snap.'”