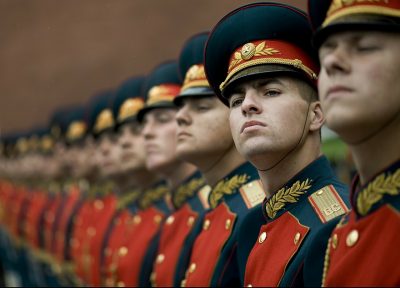 Who needs traditional publishers? If you’re that good, your FANS will fund you!
Fantasy Author Raises $19 Million on Kickstarter in Two Days to self-Publish New Novels
“A prolific sci-fi and fantasy author, Sanderson is best known for creating the Cosmere fictional universe, in which most of his novels are set. This includes the ‘Mistborn’ series and ‘The Stormlight Archive.’”

What’s the difference between this and FB blocking “disinformation?”
Russia Cracks Down on Dissenting Media and Blocks Facebook
“Vyacheslav Volodin, the speaker of the lower house of parliament, said the measure ‘will force those who lied and made statements discrediting our armed forces to bear very grave punishment.’”

Sooner or later, the law catches up with you.
Publishing company reaches a settlement in GA on allegations of deception
“This type of illegal activity will not be tolerated in our state, and we will pursue any company that seeks to exploit our most vulnerable populations.”

Did Beto have any proof of his allegations?
Oil Tycoon Kelcy Warren sues Beto O’Rourke Alleging Defamation over Power Grid Criticism
“The lawsuit says O’Rourke has seized on that donation to falsely accuse Warren of ‘serious crimes including extortion, bribery, and corrupt influence.’”

When will they actually PUNISH Silicone Valley execs for lying to Congress?
Amazon referred to DOJ for potential criminal obstruction of Congress
“During testimony in July 2020, Amazon founder and then-CEO Jeff Bezos said the company has a policy that safeguards seller data from employee access, but he couldn’t guarantee the policy had never been violated.”

This girl can’t stay out of court!
Meghan Markle’s Sister Accuses Her of Slut-Shaming in Libel Lawsuit
“The filing reads: ‘[Meghan’s] defamatory email to her public relations representative, Mr. Knauf, was not only published globally, but it formed the basis for a full chapter in the New York Times best-selling book, Finding Freedom, titled ‘A Problem Like Samantha.'”

Print FriendlyCongratulations to Mike Michelsen for being the first to answer correctly: Christy Lindsay taught WritersWeekly readers about audiobook narration. In last week’s issue of WritersWeekly, who taught us about audiobook narrating? ***Please answer the trivia question using our contact form HERE. Do not post your answer in the comments section below.  You must be a WritersWeekly.com subscriber to participate in the weekly contests. Subscribe today. It’s free! NOTE: ONLY ONE WINNER PER HOUSEHOLD PER CALENDAR QUARTER, PLEASE. THIS WEEK’S PRIZE: A free print or ebook of your choice from Booklocker.com!           END_OF_DOCUMENT_TOKEN_TO_BE_REPLACED