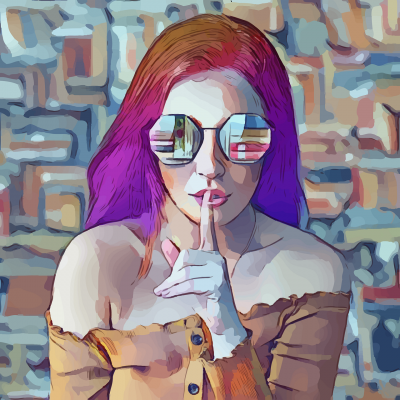 Are you surprised? We’re not!
Amazon wages secret war on Americans’ privacy, documents show
“In recent years, Amazon.com Inc has killed or undermined privacy protections in more than three dozen bills across 25 states, as the e-commerce giant amassed a lucrative trove of personal data on millions of American consumers.”

We’ll be avoiding this hotel chain!
Grandmother, granddaughter kicked out of Georgia hotel after giving 3-star review
“The hotel manager allegedly called the police on them after Leger responded to an email from Hotels.com asking about her stay. She gave the hotel a three-out-of-five-star rating, saying it was rundown, the pool was closed and that there were problems with the toilet, according to the outlet.”

$13M for 54 pages!
Rare Einstein manuscript sells for record-smashing $13 million at auction
“According to Christie’s auction house, which hosted the sale, the manuscript has set a new record for the most expensive autographed scientific document ever sold.”

I purchased both of these books for a future article. I’m already on the 8th chapter of Lawn Boy. I would NOT let any child in my care read that book. Is this school district trying to taint children???
Fairfax County schools reinstates books with explicit images, claiming they don’t include pedophilia
“Fairfax County Public Schools announced that it had restored the books to libraries after two committees reviewed them.”

We’ll be watching this one.
Lawsuits against the author and publisher of “Putin’s People” are SLAPPs
“SLAPPs are used to drain their targets of as much time, money, and energy as possible in order to bully them into silence. The individual may be sued personally and several lawsuits may be brought at the same time, including in different jurisdictions,” the organisations said. “These are hallmarks of SLAPPs, and they’re consistent with what Belton and HarperCollins have faced.”

When politicians use their money and power to censor…
Sen. Warren’s concern over Vt. publisher’s COVID book prompts lawsuit
“A small publishing company in Vermont is suing Sen. Elizabeth Warren, saying her chastising Amazon over the sale of a book that promotes misinformation about COVID-19 amounted to censorship.”

The definition can vary by country.
Publisher cleared of child p*rnography charges suing Quebec prosecutors
“However, Frederic Laflamme and Guillaume Laberge, the lawyers for ADA, argue that allegation was based on a single report from a police criminologist who wrote that the book could lead some people to believe the actions depicted were acceptable and could increase the risk that they would commit similar acts of abuse.”

People should REALLY think twice before posting accusations online…
How a confrontation on a Rhode Island beach led to a libel lawsuit — and involvement from the ACLU
“Two months later, McKenna wrote about the incident in a Facebook group for waterfront access advocates, specifically writing that Marsh ‘assaulted’ her, according to the Globe. She included a photo of him used on his company’s website.

Print FriendlyCongratulations to Mike Michelsen for being the first to answer correctly: Christy Lindsay taught WritersWeekly readers about audiobook narration. In last week’s issue of WritersWeekly, who taught us about audiobook narrating? ***Please answer the trivia question using our contact form HERE. Do not post your answer in the comments section below.  You must be a WritersWeekly.com subscriber to participate in the weekly contests. Subscribe today. It’s free! NOTE: ONLY ONE WINNER PER HOUSEHOLD PER CALENDAR QUARTER, PLEASE. THIS WEEK’S PRIZE: A free print or ebook of your choice from Booklocker.com!           END_OF_DOCUMENT_TOKEN_TO_BE_REPLACED