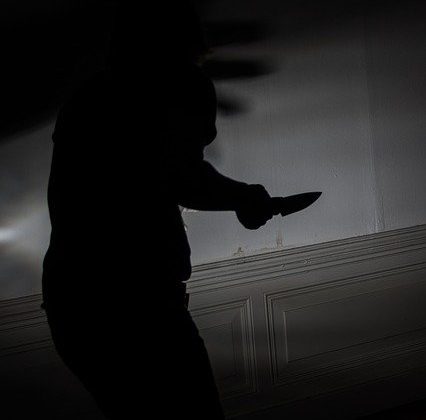 I wonder what HIS retirement package looks like.
Amazon executive in charge of consumer business resigns
“Clark joined Amazon in 1999, just a day after graduating from an MBA program.”

New protections for freelancers.
Freelance Isn’t Free Act Passes in New York State
“The law requires employers to provide written contracts for all freelance workers and that those freelancers be paid by the agreed-upon date or within 30 days of the completion of the work.”

Crazier than fiction.
Hollywood Horror Writer Turned Killer: The Blake Leibel Story (True Crime Documentary)
“What Leibel did to his fiancé Iana Kasian inside that apartment is a nightmare that no one wants to have.”

U.S. media take note – THIS is real journalism.
Ukrainian journalist confronts Russia’s Sergei Lavrov with grain theft claim
“’Apart from cereals, what other goods did you steal from Ukraine and who did you sell them to?’ the journalist asked.”

For those who say there’s not enough diversity…
For the first time, female Israeli authors outpaced males in publishing in 2021
“Just over half, 52%, were credited to female authors, giving them a majority for the first time since the library began collecting statistics.”

I’ve got to wonder why this guy waited until now.
Mariah Carey is being sued over ‘All I Want for Christmas Is You’
“The complaint said Stone’s lawyers first contacted the defendants in April 2021 about their alleged unauthorized use, but were ‘unable to come to any agreement.'”

…and gets fired for it.
The Washington Post fires reporter Felicia Sonmez after a week of feuding publicly with her colleagues
“At times, some of her colleagues went on Twitter to plead with Sonmez to stop attacking The Post on social media.”

While another Washington Post journalist has been accused of publishing flat-out LIES.
The Washington Post’s week from Hell
“Following the public slamming of Lorenz and the Post, the Post stealth-edited her piece, removing the erroneous statement without including an editor’s note.”

Washington Post only corrected the lies after FOX reported on it!
Questions remain as Taylor Lorenz blames editor, ‘bad faith campaign’ over erroneous WaPo report
“After Fox News reported the latest dispute on Saturday, Lorenz attempted to set the record straight, citing ‘miscommunication’ and blaming her editor all while suggesting any scrutiny of her reporting is a “bad faith campaign” against her and the Washington Post.”

Print FriendlyPer last week’s issue of WritersWeekly, when Angela found the unique carrot, what did she suggest to the pastor? ***Please answer the trivia question using our contact form HERE. Do not post your answer in the comments section below.  You must be a WritersWeekly.com subscriber to participate in the weekly contests. Subscribe today. It’s free! NOTE: ONLY ONE WINNER PER HOUSEHOLD PER CALENDAR QUARTER, PLEASE. THIS WEEK’S PRIZE: A free print or ebook of your choice from Booklocker.com!           END_OF_DOCUMENT_TOKEN_TO_BE_REPLACED