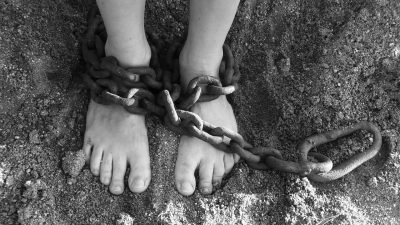 * Amazonannigans
Although We Don’t See How Online Platforms Could Possibly Be Held Responsible, This is an Interesting Story
Retail association: Amazon, Facebook, eBay partly to blame for shoplifting crime wave
“‘The favored place to sell their stolen goods is the online marketplaces,’ an association official said…”

This is Kinda Funny…
Teen who flew to space with Jeff Bezos has never shopped on Amazon
“I told Jeff, like, I’ve actually never bought something from Amazon,” Daemen told Reuters in an interview last week after the teen returned to the Netherlands following his historic spaceflight.

* Journalism/Censorship
How Can ANYONE “Look Good” When Lifting Hundreds of Pounds, and Trying to Avoid a Hernia at the SAME TIME?
China Accuses Western Media of Intentionally Making Its Olympians Look Ugly
“Mainstream Western media organizations like CNN and Reuters have been caught unfairly targeting China during their Tokyo 2020 Olympics coverage, prompting condemnation from Chinese netizens and embassies…”

* Publishing
Never Give This Much Control of Your Website to Another Company
Snopes raises over $1.7 million to fight lawsuits
“The legal fight — a complex dispute over ownership of Snopes’ parent company, rooted in a fight for control of shares formerly owned by Mikkelson’s ex-wife — came to a head in mid-2017, when Snopes says Proper Media blocked its access to its own website and email accounts. A court order gave Snopes access to its site and emails.”

* Publishing
I Wish My Books Sold This Well Last Week!
New York Times No. 1: Mark Levin’s ‘American Marxism’ Sells 400,000 in First Week
“Just over a week after its release, his latest book, American Marxism, will debut on the New York Times bestseller list in the No. 1 slot for non-fiction hardcover books and ebooks, according to publishing sources. It is also expected to list as the top seller in Canada on the Globe & Mail list. And it has been No. 1 all week on Amazon.”

* Libel
Yes, Russian Oligarchs Can Sue, Too.
U.K. Court Hears Abramovich Libel Claim Over Putin Book
“Abramovich, in a statement released by his lawyers in March, said the book was having ‘a damaging effect, not only on my personal reputation but also in respect of the activities of Chelsea Football Club.'”

* Defamation / Free Speech
Where Defamation is Criminal, not Civil.
Woman in Vietnam Ordered to Serve 5 days’ Jail in Singapore over Defamatory Posts
“A Singaporean man has successfully applied for a court order against a former employee who defamed him on Facebook, after the Vietnamese woman breached an order to stop posting defamatory allegations.”

Print FriendlyPer last week’s issue of WritersWeekly, when Angela found the unique carrot, what did she suggest to the pastor? ***Please answer the trivia question using our contact form HERE. Do not post your answer in the comments section below.  You must be a WritersWeekly.com subscriber to participate in the weekly contests. Subscribe today. It’s free! NOTE: ONLY ONE WINNER PER HOUSEHOLD PER CALENDAR QUARTER, PLEASE. THIS WEEK’S PRIZE: A free print or ebook of your choice from Booklocker.com!           END_OF_DOCUMENT_TOKEN_TO_BE_REPLACED