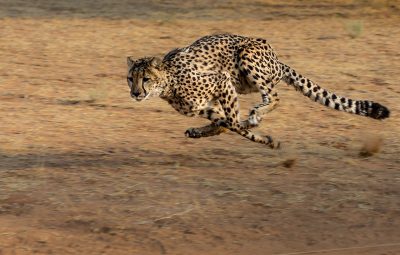 Jeff Bezos wanted to pursue publishers like a cheetah pursues a sickly gazelle. After watching Amazon in action when we sued them in 2008 (and won), I am not at ALL surprised by this.
Amazon, AWS In ‘Frontline’ Crosshairs With New PBS Documentary
“Amazon’s strategy in convincing publishers to sell their books through its online site was referred to by some as the ‘Gazelle Project,’ because they heard Bezos wanted to pursue them like a cheetah pursues a sickly gazelle. “You don’t go after the strongest,” Randy Miller, former Amazon director of merchandise pricing and product management, told ‘Frontline.’ ‘The cheetah looks for the weak, looks for the sick, looks for the small, that’s what you go for…”

U.S. journalists need to count their blessings!
Anti-Putin blogger has his throat slit in a hotel room after vocally opposing the Russian President
“A PUTIN critic has been found with his throat slit in what police are calling a ‘politically motivated’ assassination in a French hotel.”

Location, location, location…
Can Devin Nunes sue California publisher in Virginia?
“The lawsuit is one of six that Nunes filed last year against media companies, journalists, Twitter, a research firm that worked for Hillary Clinton’s presidential campaign and anonymous people who criticize him on social media.”

Twitter will win this one.
Twitter Seeks Dismissal Of Devin Nunes Defamation Lawsuit
“The company is asking the judge to dismiss the case at an early stage, arguing that Section 230 of the Communications Decency Act not only shields web platforms from libel lawsuits, but also protects companies from the ‘burdens of litigation.'”

I’ll be munching popcorn while I watch this one play out.
Journalists are Suing D.C. in Latest Lawsuit Over Police Handling of Inauguration Protests
“Alexei Wood and Aaron Cantú were both charged with felony rioting, despite contending that they were at the event as members of the media.”

Trust me, Shel. After watching so many businesses go belly-up, and so many people lose their jobs, it scares the rest of us, too!
Amazon’s first-ever employee says the company now scares him
“Former employees aren’t the only ones to voice their fears about Amazon’s approach to data. In an open letter last month an Amazon engineer called for the company to shut down its home security arm Ring, citing privacy concerns.”

Okay, who DIDN’T see this coming?!
Amazon Cuts Ties With Couriers, Costing Jobs
“Amazon in 2018 launched a program encouraging aspiring entrepreneurs to lease vans, hire drivers and build their own businesses delivering packages to its customers.”


Make Sure Your Marketing is Targeted at the Right Audience

Print FriendlyPer last week’s issue of WritersWeekly, when Angela found the unique carrot, what did she suggest to the pastor? ***Please answer the trivia question using our contact form HERE. Do not post your answer in the comments section below.  You must be a WritersWeekly.com subscriber to participate in the weekly contests. Subscribe today. It’s free! NOTE: ONLY ONE WINNER PER HOUSEHOLD PER CALENDAR QUARTER, PLEASE. THIS WEEK’S PRIZE: A free print or ebook of your choice from Booklocker.com!           END_OF_DOCUMENT_TOKEN_TO_BE_REPLACED