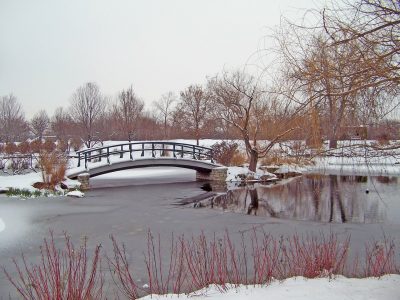 Disgusting…
French publisher apologizes after history textbook links CIA to 9/11
“’This phrase which echoes conspiracy theories devoid of any factual basis should never have been used in this work,’ the statement said, according to the BBC.”

How Much Responsibility Does a Reporter Bear For Publishing Hacked Private Information?
Journalist Glenn Greenwald charged in Brazil for publishing text messages exposing corruption
“Greenwald, who previously published National Security Agency documents leaked by Edward Snowden, suggested that he was concerned he was being charged in retaliation for his reporting last year, according to The Times.”

Lawsuit: 49 Hours on the Road Caused Amazon Driver To Crash
‘Like a rented mule.’ Amazon worked truck driver to exhaustion before crash, suit says
“Federal law mandates the amount of time drivers can spend behind the wheel between breaks. According to the Federal Motor Carrier Safety Administration, drive-time shouldn’t exceed 14 hours without taking ’10 consecutive hours off duty.’”

Yes Public Figures CAN Be Sued!
Gabbard hits Clinton with $50 million defamation lawsuit over ‘Russian asset’ remarks
“During an October 2019 interview with the podcast Campaign HQ With David Plouffe, Clinton suggested the 2020 presidential candidate was ‘the favorite of the Russians’ and ‘a Russian asset.'”

I Don’t Agree With This. It Will Only Encourage More SLAPP Lawsuits.
GOP lawmaker: allow limitless libel lawsuits on social media posts
“The bill says that, if the libel or slander is published on the internet, then penalties accrue ‘every day after it is first published until the original publication that is the basis for the action is removed from the internet.'”

Books were sold. Money was collected. Why didn’t it end up in the authors’ hands? And, why in the world are they giving money to an attorney when they authors so much already?
Dreamspinner Press Restructures as Authors Cry Foul
“Florida-based LGBTQ romance publisher Dreamspinner Press retained law firm Berger Singerman LLP in mid-December to handle restructuring of the company as complaints from authors about unpaid royalties mount. Dreamspinner, which was founded in 2006, operates three imprints: Dreamspinner Press (gay romance), DSP Publications (genre fiction), and Harmony Ink Press (LGBTQ teen and new adult). Together they have a back-list of more than 3,000 titles.”

Pay With a Wave? No thanks!!!
Amazon Is Reportedly Developing a Hand-Scanning Payment Option
“Amazon is developing the terminals, which link credit and debit cards to consumers’ hands, for use in coffee shops, quick-service restaurants and other locations that ‘do lots of repeat business,’ per the WSJ.”

Another Print Newspaper Struggling
The Miami Herald Cuts 70 Jobs and Closes Its Printing Plant
“Yesterday’s decision also means the Herald will cut a staggering 70 jobs — 34 full-time and 36 part-time printing press and packaging employees. In the meantime, McClatchy CEO Craig Forman receives $35,000 per month as a housing stipend on top of his million-dollar annual salary.”

Print FriendlyPer last week’s issue of WritersWeekly, what is one reason a freelancer might get sued? ***Please answer the trivia question using our contact form HERE. Do not post your answer in the comments section below.  You must be a WritersWeekly.com subscriber to participate in the weekly contests. Subscribe today. It’s free! NOTE: ONLY ONE WINNER PER HOUSEHOLD PER CALENDAR QUARTER, PLEASE. THIS WEEK’S PRIZE: A free print or ebook of your choice from Booklocker.com!           END_OF_DOCUMENT_TOKEN_TO_BE_REPLACED