Hate Speech Laws or Government Power Laws?; Amazon to Start Selling to Libraries, and More! …In The News – 12/18/20 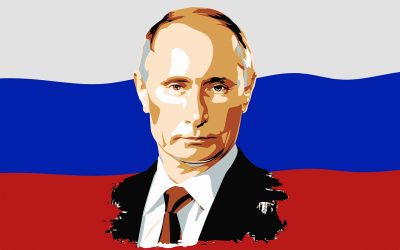 Sooner or Later, the Truth Always Emerges
Russia’s New Guerilla Media Are Going After Putin
“Up until recently, the private life of the Russian leader and his close relatives has been mostly a no-go zone for Russian media. Editors knew that entering it would have consequences.”

Good News for BookLocker Authors! We’ve seen a record number of book sales!!
Publishing saw upheaval in 2020, but ‘books are resilient’
“Through it all, books managed to sell, keeping a steady pace at a time when film and theater, among other industries, faced dire questions about their future.”

“Hate Speech” Laws or Government Power Laws???
SPECIAL REPORT-Venezuela wields a powerful “hate” law to silence Maduro’s remaining foes
“It was an increasingly common maneuver: In a review of more than 40 recent hate-law arrests, Reuters found that in each case, authorities intervened against Venezuelans who had criticized Maduro, other ruling party officials or their allies.”

Pretty dumb move in the publisher’s part!
Roses Are Red, Publishers Without Contracts Are Blue
“Manuel Borrás, the literary director of Pre-Textos, acknowledged in an interview with The New York Times that he had little ground for a lawsuit against the agent, Andrew Wylie, but said, ‘We want some kind of justice for 14 years of loyalty to an author who was almost completely unknown . . . there is also something called ethics.'”

Print FriendlyPer the 6/24/22 issue of WritersWeekly, quote one of the complaints about AuthorHouse. ***Please answer the trivia question using our contact form HERE. Do not post your answer in the comments section below.  You must be a WritersWeekly.com subscriber to participate in the weekly contests. Subscribe today. It’s free! NOTE: ONLY ONE WINNER PER HOUSEHOLD PER CALENDAR QUARTER, PLEASE. THIS WEEK’S PRIZE: A free print or ebook of your choice from Booklocker.com!           END_OF_DOCUMENT_TOKEN_TO_BE_REPLACED