Americans Finally Protesting the Media; Katie Couric Hurts and Offends in New Book; AND MORE! In The News – 10/21/2021 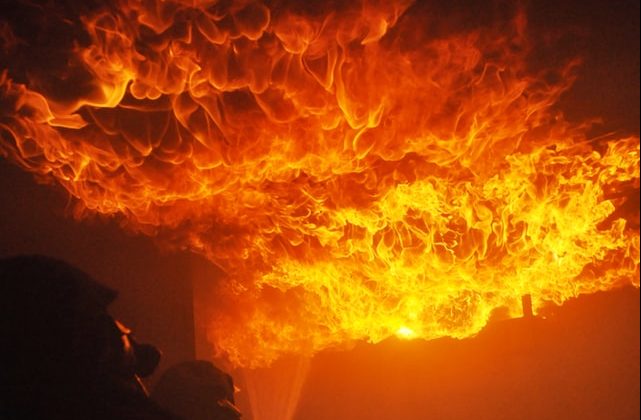 Americans Protest the Media
‘Defund The Media!’: Protest Against Vax Mandate Erupts Outside New York Times Building
“The people were apparently protesting federal and city vaccine mandates and the media’s coverage of it.”

First, She Admitted Censoring Ruth Bader Ginsburg’s Words in An Interview…and Now THIS?!?!
Katie Couric denies sabotaging female reporters, but says it’s ‘hard to be generous’
“Guthrie confronted Couric more on the subject, asking if she ever ‘actively sabotaged’ another female journalist…”

Wait Until They Get Sued by the Publishers of Some of These Articles!
New political ad strategy in Virginia: Promoting news articles in Google search results
“Democratic Virginia governor candidate Terry McAuliffe’s campaign is using Google ads to promote articles from news organizations, but swapping the original headlines on the search results page with ones written by the campaign itself — a novel political advertising method.”

The Obituary Bandit
Bronx Woman Found Guilty of Using Obituaries to Target and Burglarize Homes While Families Attended Wakes, Funerals
“On May 1, 2018, Stewart was arrested when police observed ‘her driving away from the home of a deceased person with jewelry in the vehicle and the website with an obituary pulled up on her cellphone,’ the district attorney’s office says.”

What? Amazon May Have LIED?!?!
Lawmakers question whether top Amazon executives lied to Congress
“At best, this reporting confirms that Amazon’s representatives misled the committee,” the lawmakers wrote. “At worst, it demonstrates that they may have lied to Congress in possible violation of federal criminal law.”

Pushing More Biased Reporting to Silence FREE SPEECH
Journalists Promote Column Condemning ‘Both-Siderism’: ‘Every Political Journalist Should Read This’
“Democrats can’t be expected to deal with these guys like they’re on the level. Nor should journalists cover them as if they are.”

Even in Canada, a Judge Can’t MAKE a Pastor Say Something in Church!
Canadian pastor defiant as judge orders him to parrot ‘medical experts’ from pulpit: ‘I will not obey’
“In addition to tens of thousands of dollars in costs and fines, one condition of Pawlowski’s probation requires him to parrot “the majority of medical experts in Alberta” regarding social distancing, mask wearing and vaccines, even when he speaks in church.”

Apple is Helping to Kill Religious Freedom!
Apple took down a Quran app and a Bible app in China on the request of Chinese officials
“The apps, which are called Quran Majeed and Bible App by Olive Tree, were first reported as having been taken down by activist website Apple Censorship on Tuesday.”

Fire Chief who was Terminated for his Christian Faith Tells his Story
Hero Firefighter Releases New Book Detailing Battle for Religious Freedom
“Then in 2010, the Mayor of Atlanta begged Kelvin to come back as the city’s fire chief, he did—not knowing that he would soon lose his dream job.”

One Response to "Americans Finally Protesting the Media; Katie Couric Hurts and Offends in New Book; AND MORE! In The News – 10/21/2021"

Print FriendlyPer the 6/24/22 issue of WritersWeekly, quote one of the complaints about AuthorHouse. ***Please answer the trivia question using our contact form HERE. Do not post your answer in the comments section below.  You must be a WritersWeekly.com subscriber to participate in the weekly contests. Subscribe today. It’s free! NOTE: ONLY ONE WINNER PER HOUSEHOLD PER CALENDAR QUARTER, PLEASE. THIS WEEK’S PRIZE: A free print or ebook of your choice from Booklocker.com!           END_OF_DOCUMENT_TOKEN_TO_BE_REPLACED