Defamed by a Fictional Lawyer???; China Arrests Pro-Democracy Tech Mogul; Publisher Placed on Leave after Less Than a Week; and Much More!!…In The News – 08/13/2020 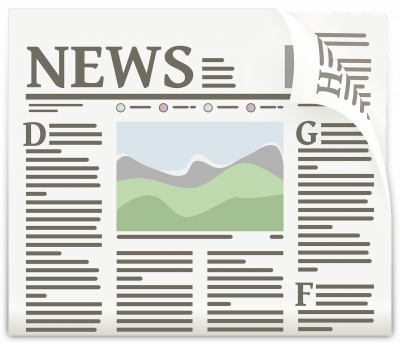 It’s always a bad idea to use real people when producing fiction.
Alan Dershowitz claims a fictional lawyer defamed him. The implications for novelists are very real.
“But his complaint, if successful, could pose a challenge to the vibrancy of contemporary historical fiction and biographical fiction — indeed, to any creative work that includes interactions between fictional and real-life public figures.”

Well, that didn’t last long…
Meyers Reported Fired by IDW Publishing
“According to reporting in the Hollywood Reporter, The Beat, and Bleeding Cool, after Meyers’s appointment, IDW was informed of the existence of a lawsuit filed in 2012 by a former comics retailing business partner of Meyers that charged Meyers with breach of fiduciary duty, conversion, and misappropriation of trade secrets.”

Just a few months ago, people in Hong Kong had freedom of speech. Don’t think that can’t happen here.
Hong Kong media tycoon Jimmy Lai arrested, newsroom raided under China’s new security law
“With the passage of the national security law and the really tough powers given to the police in their operations, we have seen now what we call ‘white terror’ become a reality, which will affect media organizations and journalists’ reporting…”

Newspaper offices permanently switch to 100% “work at home.”
Tribune Closing 5 Newsrooms, Including New York Daily News
“With no clear path forward in terms of returning to work, and as the company evaluates its real estate needs in light of health and economic conditions brought about by the pandemic, we have made the difficult decision to permanently close the office…”

And….
Journalists mourn the loss of newsrooms as publishers give up office space to save money
“‘It’s painful to think of being a newsroom without a newsroom.’ When you ‘take the people out of a newsroom, you take some of the soul of the paper.'”

Layoffs for Daily Mail employees…
Daily Mail publisher to cut up to 100 jobs as revenues fall
“DMGT said print advertising across its portfolio of titles fell by 69% in the three months to the end of June. The publishing arm recorded a 17% reduction in digital revenues, despite an impressive increase of well over a third in traffic to its main digital property, MailOnline.”

Is this really good for indie book stores, or not?
ABA Relationship with Bookshop Draws Booksellers’ Scrutiny
“Every time a consumer in my area orders from Bookshop, I lose the sale and ABA benefits from the sale…”

Layoffs for Amazon delivery drivers.
Amazon cuts more than 1,200 delivery contract jobs, even as that part of its business booms
“Many of the firms impacted by Amazon’s culling of DSPs have announced layoffs across several states and shuttered locations.”

Print FriendlyPer the 6/24/22 issue of WritersWeekly, quote one of the complaints about AuthorHouse. ***Please answer the trivia question using our contact form HERE. Do not post your answer in the comments section below.  You must be a WritersWeekly.com subscriber to participate in the weekly contests. Subscribe today. It’s free! NOTE: ONLY ONE WINNER PER HOUSEHOLD PER CALENDAR QUARTER, PLEASE. THIS WEEK’S PRIZE: A free print or ebook of your choice from Booklocker.com!           END_OF_DOCUMENT_TOKEN_TO_BE_REPLACED