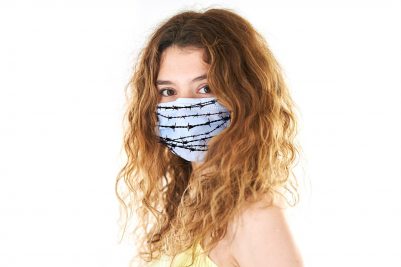 * Publishing
Wrongfully Accused Navy Seal Publishes the Real Story
Ex-Navy SEAL Eddie Gallagher, acquitted in war crimes case, speaks out: New book ‘gets the truth out there’
“…the media decided to portray me in one way, made me look like a psychopath, a warmonger for actually wanting to do my job.”

* Copyright
Be Careful When Using “FREE” Images!
Don’t Sue Me Like That: Anatomy of a Copyright Troll
“Wikimedia photos are distributed under Creative Commons licenses, which allow them to be used by bloggers and cash-strapped publishers at no cost. But artists can set their own terms for attribution…”

* Journalism
Looks Like the News Industry is Getting Contentious Everywhere
Journalist tells viewers on live TV that he hasn’t been paid
“Kabinda posted a clip of the broadcast on Facebook, writing in the caption: ‘Yes I did that on live TV, just because most journalists are scared to speak out doesn’t mean journalists shouldn’t speak out.'”

*Amazonannigans
Does Amazon Bully Journalists?
How Amazon Bullies, Manipulates, and Lies to Reporters
“Aside from Cameron, at least two reporters recalled moments when they felt Amazon’s press team had outright lied to them. Almost all of the journalists told me they found that Amazon press relations was either the most or among the most clawing and deceptive corporate communications team that they had dealt with in their work.”

It’s Become Like Wading Through a Swamp
How to spot a fake Amazon review
“Described as an ‘organized fake reviews scam,’ the server contained over 13 million records (about 7 GB of data), potentially involving more than 200,000 people in ‘unethical activities, the SafetyDetectives report said.”

Amazon Computers are Firing People
Fired by Bot at Amazon: ‘It’s You Against the Machine’
“Bloomberg interviewed 15 Flex drivers, including four who say they were wrongly terminated, as well as former Amazon managers who say the largely automated system is insufficiently attuned to the real-world challenges drivers face every day.”

They Chose to Shut Down Rather Than Continuing to Work for the Largest Retailer.
Amazon Delivery Companies Revolt Against Amazon, Shut Down
“Last week, two well-established Amazon delivery companies in Portland, Oregon offered Amazon an ultimatum: agree to a set of conditions that it said would improve revenue and driver safety—or we’ll stop delivering Amazon packages.”

Clash of the Titans
Teamsters vote to help organize Amazon workers
“The resolution, titled ‘Building Worker Power at Amazon,’ stipulates that the union would ‘supply all resources necessary’ and eventually create a special division to organize workers at the company.”

*Journalism
Well, That Really STINKS!
XR protesters arrested after dumping manure outside Daily Mail offices
“Police said the group, which arrived about 6.40am on Sunday, emptied manure from a truck before climbing scaffolding on the outside of the building.”

* Publishing
Why Do Kids Need to Know ANYTHING About Abortion??
“Abortion Doulas” Create Abortion Book for Kids to Normalize It as ‘Another Outcome of Pregnancy’
“We believe in building a world for kids and adults where abortion is normalized as another outcome of pregnancy, just like miscarriage and birth.”

*Cancel Culture
Hey, YOU GUYS! Let’s Have a PICNIC!!
Joyce Carol Oates mocks Brandeis students’ ‘oppressive’ word bans, including ‘picnic’ and ‘you guys’
“What is strange is that while the word ‘picnic’ is suggested for censorship, because it evokes, in some persons, lynchings of Black persons in the US, the word ‘lynching’ is not itself censored,”

* And Finally, Some Good News!
A Book-Based Theme Park Built to Encourage Reading is Coming to Nashville
“Storyville Gardens will provide that option while also helping parents and caregivers instill a love of reading in their children.”

Print FriendlyPer last week’s issue of WritersWeekly, what is one reason a freelancer might get sued? ***Please answer the trivia question using our contact form HERE. Do not post your answer in the comments section below.  You must be a WritersWeekly.com subscriber to participate in the weekly contests. Subscribe today. It’s free! NOTE: ONLY ONE WINNER PER HOUSEHOLD PER CALENDAR QUARTER, PLEASE. THIS WEEK’S PRIZE: A free print or ebook of your choice from Booklocker.com!           END_OF_DOCUMENT_TOKEN_TO_BE_REPLACED