You HAVE to See This Video; MI Gov Sued Over COVID Censorship; White House Charges Reporters for Test; and MORE – …In The News 03/04/2021 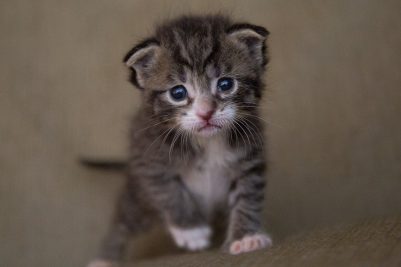 MUST-WATCH VIDEO!!!  Not publishing related – but hilarious just the same!!
‘I’m not a cat’: Lawyer can’t remove Zoom filter during virtual court appearance
“‘I think at first he wasn’t sure that he was the cat,’ Ferguson said to FOX Television Stations. ‘He just knew there was a cat on the screen and he couldn’t find himself.'”

So, I guess picketing their headquarters was out of the question?
90-year-old man spends $10,000 on 2 ads in WSJ to tell AT&T CEO about his slow internet service
“‘So, I put the ad in the paper and believe me, it’s money well spent,’ Epstein said, smiling.”

Here’s ONE way to hide from the media!!
White House and press are at odds over plan to charge reporters for coronavirus testing
“The plan has alarmed the White House Correspondents’ Association, which represents reporters in issues affecting the presidential press corps.”

Fighting COVID Censorship in China.
The truthtellers: China created a story of the pandemic. These people revealed details Beijing left out
“That was 10 months ago. Chen Kun hasn’t seen his brother since.”

Sexual misconduct allegation leads to cancellation of Christian author’s titles.
Ravi Zacharias’s Books Pulled by HarperCollins After RZIM Investigative Report
“Following the findings in the independent report, the company will immediately take all his publications out of print. We are deeply saddened, and we mourn for the victims.”

Champion of Biblical archeology dies at 90
Died: Hershel Shanks, Editor Who Saved Biblical Archaeology from Academics
“In scholarly terms, Shanks made the technical research “accessible” to an educated public. But Shanks’s core insight was that the main obstacle between an eager public and academic scholarship was the scholars themselves.”

Reporter vs Governor over COVID Truth
Reporter Charlie LeDuff to sue Michigan Gov. Whitmer over nursing home coronavirus data
“LeDuff – who won a Pulitzer Prize in 2001 for his work with the New York Times – said Whitmer ‘refuses to turn over COVID death data and accurate nursing home numbers to the public.'”

Do black lives really matter to Amazon?
Amazon Sued for Alleged Race, Gender Bias in Corporate Hires
“Amazon’s lack of racial and gender diversity in its corporate ranks is common throughout the technology industry.”

Print FriendlyPer last week’s issue of WritersWeekly, what is one reason a freelancer might get sued? ***Please answer the trivia question using our contact form HERE. Do not post your answer in the comments section below.  You must be a WritersWeekly.com subscriber to participate in the weekly contests. Subscribe today. It’s free! NOTE: ONLY ONE WINNER PER HOUSEHOLD PER CALENDAR QUARTER, PLEASE. THIS WEEK’S PRIZE: A free print or ebook of your choice from Booklocker.com!           END_OF_DOCUMENT_TOKEN_TO_BE_REPLACED