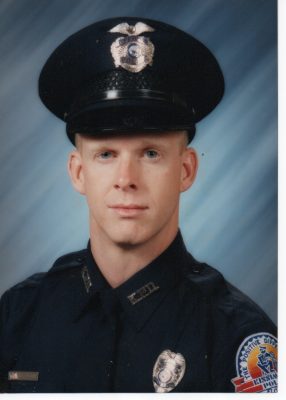 Our own Brian Whiddon shares his stories from the street to help readers understand the humanity within the hearts of cops.

IT WAS THE NUNS’ FAULT! From Writers’ Block to Writer’s DELUGE!! – by George A. Tyrrell

In parochial school, whenever I’d ask embarrassing questions, the nuns would send me to my seat out in the hall. Soon, the doubter, Thomas, became my favorite disciple. I grew up as an atheist seeking meaning in my life, and life in general…

I had been cooking since college, and had perfected hundreds of recipes over the years. I escaped dorm food when I moved in with two other guys who cooked. Dinners got even better in graduate school. I teamed with a Belgian whose hobby was French cooking, and a Turk who had worked his way through college as a chef at Benihana. After I got marries, and my mother-in-law started asking me for recipes, I knew I had something good going…

Through real (and often humorous) stories, Cindy Keith, RN, BS, CDP teaches family members of dementia patients how to keep their own sanity when their elder seems bent on driving them crazy!

From Award Winning Child Writer, to Journalist, to Natural Anxiety and Stress Expert! – by Lea Grimaldi

Twice in my life, anxiety caused by insomnia has become so bad that I could not cope without pharmaceutical help, and that was a truly frightening place to be. I wrote this book in the hope that it gives people lifestyle tools to use before it gets to that point where they can no longer handle it on their own…

My Dream of Writing a Novel WOULD NOT GO AWAY! – by C.L. Talmadge

I tried to write my novel twice. But, both times I made little progress, and eventually abandoned these efforts. But, my dream of writing a novel would not go away…

One of My Fictional Characters Told Me His Name…in the Grocery Store! – by C.L. Talmadge

Beginning when I was 13, characters started invading my daydreams. They most decidedly weren’t elves or dwarves or dragons or knights in shining armor. They were human beings. I had no idea who they were then but I could see them, and hear them speak in my mind. Vividly. Clearly…

From Hating High School to Loving College, and From Nasty Notes to Bad Drivers to Four Published Novels! – by Jeffrey Roberts

I started writing seriously around 1978. Prior to that I suppose I wasn’t serious – shopping lists, addressing letters, hastily scribbled recipes, threatening notes to other car owners to get out of my parking space…

Why Do Bad Things Happen to Good People? This Age-old Question Spurs Author to Write a FANTASTIC Book! – by Cheryl Shoquist

No great emotion is realized fully until one can see the other side of it. Death makes us appreciate life. Illness makes us appreciate good health. Poverty helps us appreciate the little things, and the list goes on. The Journey follows one couple’s quest from creation through many different lives, and surpasses many years and eras while in search of each other. Their father sent them on this educational journey to learn many facets of living…

According to Angela in last week’s issue of WritersWeekly, what happened AGAIN?! ***Please answer the trivia question using our contact form HERE. Do not post your answer in the comments section below.  You must be a WritersWeekly.com subscriber to participate in the weekly contests. Subscribe today. It’s free! NOTE: ONLY ONE WINNER PER HOUSEHOLD PER CALENDAR QUARTER, PLEASE. THIS WEEK’S PRIZE: A free print or ebook of your choice from Booklocker.com!           END_OF_DOCUMENT_TOKEN_TO_BE_REPLACED