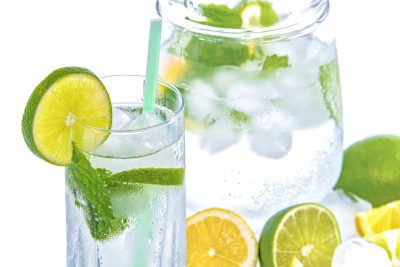 For the past six weeks, we’ve spent every spare moment judging the hundreds of entries submitted for WritersWeekly’s most recent 24-Hour Short Story Contest. In case you’re not familiar with our quarterly contest, this is how it works. On the date of the contest, at start-time, we send out the topic for that specific contest to all registered entrants, while also posting it on WritersWeekly.com.

Entrants must be registered before the contest begins and there is a limit of 500 participants per contest. Entrants then have 24 hours to write and submit their stories via email. The stories “must deal with the topic in some way to qualify” and they must not exceed the pre-assigned word count, which is announced with the topic.

The ice cold lemonade was her only defense against the hot sun overhead. She shielded her eyes, and watched. Across the street, the phenomenon continued, just as it had every summer afternoon for as long as she could remember. The small store, with its candy cane awning and large window display of souvenirs, attracted a steady stream of tourists. Sweaty, sunburned bodies entered through the single door, but nobody ever came out…

(Stories need only touch on this topic in some way to qualify.)

Congrats to the top three winners!

85 other participants won prizes as well!

The top three winning stories, along with a list of the other winners, are posted RIGHT HERE:
http://24hourshortstorycontest.com/archive/

Here are our notes about common themes that emerged with this topic:

Numerous stories involving small figurines or other souvenirs that were made of real people who were turned into stone, wood, etc.

There were LOTS of lemonade stands.

Many stories had people simply walking out the back door of the shop.

We read about lots of time machines and portals, and even some people being sent into space.

Several stories featured little girls solving the mystery and most of those had simple explanations for the disappearing people.

And, we read countless stories about people disappearing into the shop, and their dead bodies later being used for a variety of different horrors.

As with all contests, some common themes come back again and again, no matter what the topic is.

The story is about a writer and/or it’s a writer participating in a writing contest (groan).

We find out at the end that the entire story was just a movie/TV scene/play or we find out the first scene of the story (usually the topic itself) is from a movie or TV show/play, or even a book or article one of the characters is reading.

The reader finds out at the very end that the main character is actually dead (is a ghost or spirit of some sort).

The reader finds out at the very end that the main character is actually an animal.

We find out at the end that the main character is actually an unborn child, telling their story from the womb. You only find out it’s a baby at the end.

The main character dies at the end, and is met by a loved one or an angel of some sort. We also see lots of dead friends/relatives trying to convince the characters it’s their time to die, too, helping them to cross over, etc.

We always receive numerous stories about characters with dementia.

The story is dramatic but you find out at the end the characters are really children playing make-believe.

A common fairy tale is the basis of the story and/or a well-known character is featured in the story. (Writers should create their own characters.)

The writer uses well-known fictional characters and real people from the past. Again, writers should create their own characters.

One of the main characters is named Angela (the name of WritersWeekly’s publisher).

You can increase your chances of winning one of our 24-Hour Short Story Contests by avoiding these common themes. Step outside of the box and WOW us with something completely original!

Links to the winning stories of the current contest appear RIGHT HERE:
http://24hourshortstorycontest.com/archive/

You can see the complete list of 85 prizes, and sign up for the next contest, here: http://24hourshortstorycontest.com

You can see the date of the next contest, and sign up RIGHT HERE: http://24hourshortstorycontest.com/

14 Tips To Give Yourself A Leg Up In Writing Contests!

List of ALL PAST TOPICS and WINNERS of the WritersWeekly Quarterly 24-Hour Short Story Contest!

Don’t miss our ongoing “Find the Typo Contest” and “Trivia Contest.” You can see the current ones here:

One Response to "Topic, Common Themes, and Winners of the WritersWeekly.com SUMMER, 2018 24-Hour Short Story Contest!"

Print FriendlyPer last week’s issue of WritersWeekly, what is one reason a freelancer might get sued? ***Please answer the trivia question using our contact form HERE. Do not post your answer in the comments section below.  You must be a WritersWeekly.com subscriber to participate in the weekly contests. Subscribe today. It’s free! NOTE: ONLY ONE WINNER PER HOUSEHOLD PER CALENDAR QUARTER, PLEASE. THIS WEEK’S PRIZE: A free print or ebook of your choice from Booklocker.com!           END_OF_DOCUMENT_TOKEN_TO_BE_REPLACED