As a freelance writer based in Ireland, I looked abroad in order to gain re-sale opportunities for my non-fiction articles. And, I have enjoyed success in this area, particularly with articles of cultural, historical, and biographical themes, to publications across North America.

To cite an example, I pitched an article for an Irish heritage magazine (based in County Wexford, Ireland) on Jimmy McAleer, the person who, in 1910, initiated the custom of the U.S. President throwing the first ball to open the Major League Baseball season. The article was accepted as it was relevant to the ethos of the magazine – i.e. notable Irish emigrants and their achievements.

Several months later, I approached a magazine in the United States with the same article idea to coincide with the new Baseball season – and that, too, was accepted by the editor. SCORE!

Process
The process is remarkably simple – and the key is awareness of markets. I acknowledge that the majority of writers on this particular site are based in the United States so, to approach markets in the United Kingdom and Ireland, I highly recommend the following reliable guide: The Writers’ & Artists’ Yearbook – an indispensable companion for any freelance writer.

This book provides up-to-date information and details of contacts across the media and publishing industries, and is packed full of articles and advice from experienced practitioners.

As well as this important print source, there are numerous other online sources that have free market listings. Some of these could lead to having a single article being published over and over again.

Once your relevant markets have been established, write the query letter to editors with a pitch that contains a ‘hook’ that will pique their interest right away. Always include a clear and specific theme in the subject line, and offer an interesting insight to the editor.

I had successfully landed the gig to write about Jimmy McAleer’s Irish family history/background in the Irish magazine. However, my lead to the American publication focused on the start of the Baseball season as I acknowledged this would be the main interest theme for an American audience. 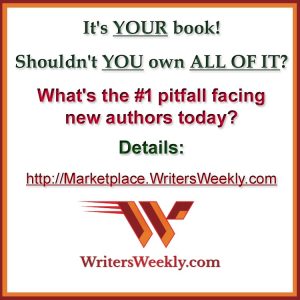 The importance of amending/editing the article to fit the style, etiquette, and layout of the magazine is crucial for any writer aspiring to have their articles published again in another country.

Always do your research. If in doubt, contact a publication to confirm (Facebook Messenger can be most effective in this regard). Going back to the example of Jimmy McAleer, the American magazine that I approached had a standard article length of 1200 words whereas the Irish magazine had a fixed 800-word format.

Also, depending the country in which you are based, always be cognizant of spelling and grammatical differences (even simple ones such as centre/center) between countries. It’s always worth getting a colleague to check over the article before submitting to an editor to spare yourself  any potential embarrassment.

American writers could pitch to other parts of the ‘Anglosphere’ (English-speaking countries) with themes of interest. For example, if you have previously written for a historical magazine on World War II, this article could potentially be pitched to Australian, British, or Canadian magazines.

Anniversaries are always a popular theme in magazines so that is another area of possible re-sales. An example is the 100th anniversary since the birth of Nat King Cole, the American singer and musician – upcoming on 17th March 2019. This biography subject would appeal to an international audience. For writers specializing in biographies, ask yourself, “Could this article appeal to an audience in Ireland, or England, or Scotland, or South Africa, etc.?”

If so, there’s no stopping you! Write down the list of potential publications, and look through your writing portfolio for articles that can be re-sold.

Cathal Coyle is a librarian, freelance writer and writing workshop tutor based in County Tyrone, Ireland who has published in a variety of different magazines, websites, and newspapers. To purchase his latest book ‘The Little Book of Irish Landmarks’, please contact him at cathalcoyle@hotmail.com

All at a price LOWER than most POD publishers!
http://www.PubPreppers.com

Print FriendlyPer the 6/24/22 issue of WritersWeekly, quote one of the complaints about AuthorHouse. ***Please answer the trivia question using our contact form HERE. Do not post your answer in the comments section below.  You must be a WritersWeekly.com subscriber to participate in the weekly contests. Subscribe today. It’s free! NOTE: ONLY ONE WINNER PER HOUSEHOLD PER CALENDAR QUARTER, PLEASE. THIS WEEK’S PRIZE: A free print or ebook of your choice from Booklocker.com!           END_OF_DOCUMENT_TOKEN_TO_BE_REPLACED