Grab The Helm! Creative Prospecting Will Make You The Captain Of Your Own Salary! By Matt Gallus 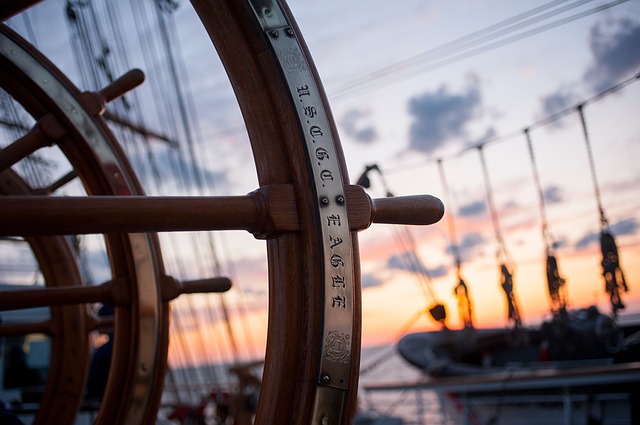 When writing for a livable income, it can sometimes feel like you’re navigating through harsh and unforgiving waters. On the left, you have the sharp, jagged rocks, and in every other direction, you have enormous waves crashing over your deck, calling you to the bottom. One wrong move and your salary will be feeding the sharks and man-eating squid. Argh! What does a writer do to fight back when his sword has fallen off the ship? Luckily, Ol’ Captain Matt Gallus has read enough books to know a thing or two about killing the problem with your bare hands. I’ll show you how!

Not Knowing This Killed King Joffrey

In the book, How to Master the Art of Selling by Tom Hopkins, our good friend Thomas lays out a dazzling concept that evaded King Joffrey in the Game of Thrones—taking responsibility. Where a lot of good writers go wrong is when their ship sinks with one merchant, they say, “Oh, well,” and earn nothing more. That’s okay, right? Right? Let me ask you a question—are you an angel? Because it smells like someone’s writing career died. Argh….

If you don’t take responsibility for your sales quotas, you will never acquire the high paying merchants. Even if you do get wealthy with an affluent merchant, what happens when he decides to sail his ship in another direction? Let me tell you a story about the nature of freelance writing and why you should never stop prospecting. I once had a loyal ship captain I called Walmart Man. He and I were the best of sailing buddies for two years straight—we were like Spongebob and Patrick—inseparable. Every week without fail, he’d send me assignments, and if he had a problem with his sails, I’d come and mend them with me writing. I made thousands of dollars off Walmart Man over the course of two years.

One day, without warning, we became like Spongebob and Squidward. His business plans changed, and he wanted an in-house writer. Needless to say, I got left at the docks by the tavern. I went out with dignity, however. I did not kick and scream, pulling on his shirt sleeves. I wished him well and poured meself some of the finest grog in the tavern to celebrate a good run. I had a great time with this merchant, and I understand that no freelance writing relationship, no matter how strong, will last forever. Ships will sink and others will sail in a direction that you cannot follow. That is why prospecting is essential.

You will never lack for a job if you learn to prospect well because you will always have new ships coming into the harbor. Even when you work for a couple of good merchants, you should always continue to prospect. If you are flooded with clients for the time, then raise your rates on your newer prospects and see if you can’t give yourself a pay raise. Argh! As a writer, you should always be searching for the right merchants—emphasis on right because the higher the pay, the more gold you can cover in a day. A concept I learned from Tom—set your hooks for the big fish, and you will not have to write as hard and still earn more gold.

Using the ideas I learned from Tom’s book, I adopted the mindset of a million-dollar salesman. In the end, I won meself a merchant that earned me 200 gold doubloons ($$), and that was before morning had even ended. Argh! Because I had been prospecting elsewhere, I had another client that I call the Hammock Father, and before the sun had set, I had attained $450 in a single day. If I’d had more clients, I could’ve covered $1000 in a single day! The secret to becoming the captain of your salary is prospecting. Without it, you’ll be marooned if your wealthy merchant decides to take another direction and strands you on a deserted island.

When you take responsibility for your prospecting, it doesn’t matter how many rejections you face. That’s a necessary evil of the trade! If you lose your right hand, you put a hook on it and keep fighting. If you lose your leg, you grab a wooden peg, put it on and keep fighting. Finally, if you lose an eye in a hearty, good dance with swords, you tell your opponent—well played—put an eye patch over it and never stop prospecting. Yar!

Don’t Leave Your Ship Unmanned—Responsibility is Yours

Taking responsibility for your prospecting and actual writing work also means sending out your best work every time. Some writers try to play the numbers game, and let me tell you why that’s a bad idea. It’s like putting a hole in your sails: The wind doesn’t catch, and your ship doesn’t move anywhere fast. When I queried the Hammock Father, I spent time thinking about how to bait my hook. The day he introduced us to his editor, he introduced us as his elite team of hammock writers who were the best on the Net. Out of more than 200 hungry sailors, I was one of just five writers selected for the job! For another job, I stood out among more than 80 applicants. That is why you should always put your best query forward when prospecting. It’s like the difference between Fruity Pebbles and the brand Fruity DynoBytes. Your merchant will know the difference!

Whenever you see an advertisement for writing, you can rest assured that you probably compete with dozens of other writers, and if you are putting out a generic template in hopes of reeling in more clients, you have a much lower chance of getting the good work. I may not make the sale every time, but I have much better chances of grabbing the steering wheel of my writing salary when I put out my best queries and take responsibility for my prospecting efforts and you can do it too! Not to mention, you feel like you’ve just seen mermaids when you reel in a great client! That’s what writing is all about. The mermaids!

Writers! Attack the Devil on Your Back!

Want to Close More Writing Deals? Haggle Like a Fishwife!

It Takes Longer to Get a Customer Than to Lose One! and When Your Competitor Screws Up, YOU Can Win!

Trying To “Trick” Editors Can (And Will) Backfire

Matt Gallus is a professional freelance writer with more than four years of experience in the writing industry. He enjoys juggling. He is currently a 5-ball juggler. As a goal-oriented individual, however, he strives to one day reach 10-ball juggling through the power of perseverance and learning. That’s the core of his life philosophy. Speaking of philosophy, he loves to study the philosophy of Stoicism, and he likes to learn languages (currently learning Spanish) and is a voracious reader of fiction. His fiction favorites include: the Game of Thrones series, Lord of the Rings, the Farseer Trilogy and Sherlock Holmes. Some of his other hobbies include humor, biking, playing the violin past midnight (to his neighbors’ dismay) and watching documentaries on Youtube. His greatest role models in life include Leonardo da Vinci and Michael J. Gelbówriter of How to Think Like Leonardo da Vinci – a talented writer with an absolutely infectious passion for life.

One Response to "Grab The Helm! Creative Prospecting Will Make You The Captain Of Your Own Salary! By Matt Gallus"

Print FriendlyPer last week’s issue of WritersWeekly, what is one reason a freelancer might get sued? ***Please answer the trivia question using our contact form HERE. Do not post your answer in the comments section below.  You must be a WritersWeekly.com subscriber to participate in the weekly contests. Subscribe today. It’s free! NOTE: ONLY ONE WINNER PER HOUSEHOLD PER CALENDAR QUARTER, PLEASE. THIS WEEK’S PRIZE: A free print or ebook of your choice from Booklocker.com!           END_OF_DOCUMENT_TOKEN_TO_BE_REPLACED