From Cut-Throat Competition to Friendship – When Your Competitor Helps You Land Writing Work! By Rose Kennedy 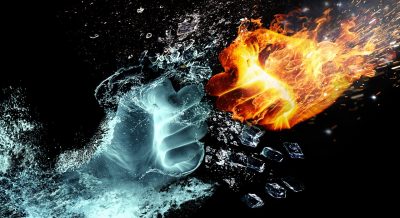 Sure, it sounds backwards. The success did not involve getting an assignment, but rather avoiding a labor-intensive pitch process that would not yield an assignment for me, or any other sane, competent writer. And, I was instead able to use that time for queries and networking that did yield paying work.

But, let me back up. Several months earlier, I had received a dream e-mail from a friend who was to edit a local magazine. “You know I love your work. Pitch me anything! Can’t wait to meet with you and hear what you’ve been up to.”

Busy on a project that involved lots of commuting to another locale, a few months went by before I was able to devote my full attention to her offer. I knew when I e-mailed to suggest I send her some focused ideas and she paried with a suggestion to meet for Happy Hour, it would not be good news.

She was honest. The promised project looked good on paper–and on Facebook, where the inaugural issue was celebrated in photos with local celebs, many flowers, and thousands of “likes.”

She was polite, and never slanderous. But, I got the idea: the magazine was no longer her brainchild. A lot of writers were flopping with proposals she had initially requested. There was a lot of resistance from others involved in the project. She’d never tell me not to try, but…
Then and there, I decided this was not the process for me.

It’s difficult enough to sell in ideal circumstances, I thought. Why would I butt my head against a wall in a situation where the person ultimately deciding whether I can write or not is not going to be receptive?

And, now I am going to give my fellow writers some counterintuitive advice: If you see that someone you know is already writing or editing for a publication you are targeting, see what they think of the experience–even if they are a competitor in your local market or your line of writing expertise.

What I did not reveal earlier is that my “friend” in this situation was once a fellow contributor to a local newspaper, and we could have viewed each other warily. Instead, we were friendly then and friendly later, when that publication bit the dust and we were both once again seeking work.

Lots of times, there is plenty of room for both of you to contribute to a publication. People move, and move up, publications expand or start falling apart, and there is nothing like the voice of someone you’re familiar with to give you the lowdown when they’re an insider.

This input can never replace due diligence, of course. There’s no getting around the sifting through current issues and blogs and writers guidelines, and keeping pace with such columns as WritersWeekly’s “Whispers and Warnings.” But it’s a really nice extra.

I truly benefitted from my ties to a trusted insider in this situation. Because we didn’t just leave it at, “No, not them!” We sipped some lovely red wine and discussed a local editor who did need freelancers. I had no idea. My friend would be meeting with her next week, and would be fine with me following up after that (she even gave me the e-mail and on-the-desk phone number.)

I did get an assignment from the second set-up, just a small one, but still very nice. And, my connections are all in place if a much-desired neighborhood column from that publications ever has a vacancy.

I was able to pay it forward shortly thereafter when another former writer/editor friend, who’s now in media relations, told me–this time over lunch–that she’d seen a job open with a regional publication.

“Ah, do you want my advice?” I asked. “I’ve written for them and, you know, they make all sorts of excuses not to pay…”

Instead, we’re going to collaborate on a food blog. A much better way to spend our time, but how would she have known if she didn’t ask?

Rose Kennedy is a contributor to the Knoxville, Tenn. Mercury and a cheerful, willing freelance blogger focusing on food and garden writing.

Print FriendlyCongratulations to Mike Michelsen for being the first to answer correctly: Christy Lindsay taught WritersWeekly readers about audiobook narration. In last week’s issue of WritersWeekly, who taught us about audiobook narrating? ***Please answer the trivia question using our contact form HERE. Do not post your answer in the comments section below.  You must be a WritersWeekly.com subscriber to participate in the weekly contests. Subscribe today. It’s free! NOTE: ONLY ONE WINNER PER HOUSEHOLD PER CALENDAR QUARTER, PLEASE. THIS WEEK’S PRIZE: A free print or ebook of your choice from Booklocker.com!           END_OF_DOCUMENT_TOKEN_TO_BE_REPLACED